What students can teach us about iPhones

My anthropology class studied the gadget's use on campus and uncovered anxiety, addiction and gushing love 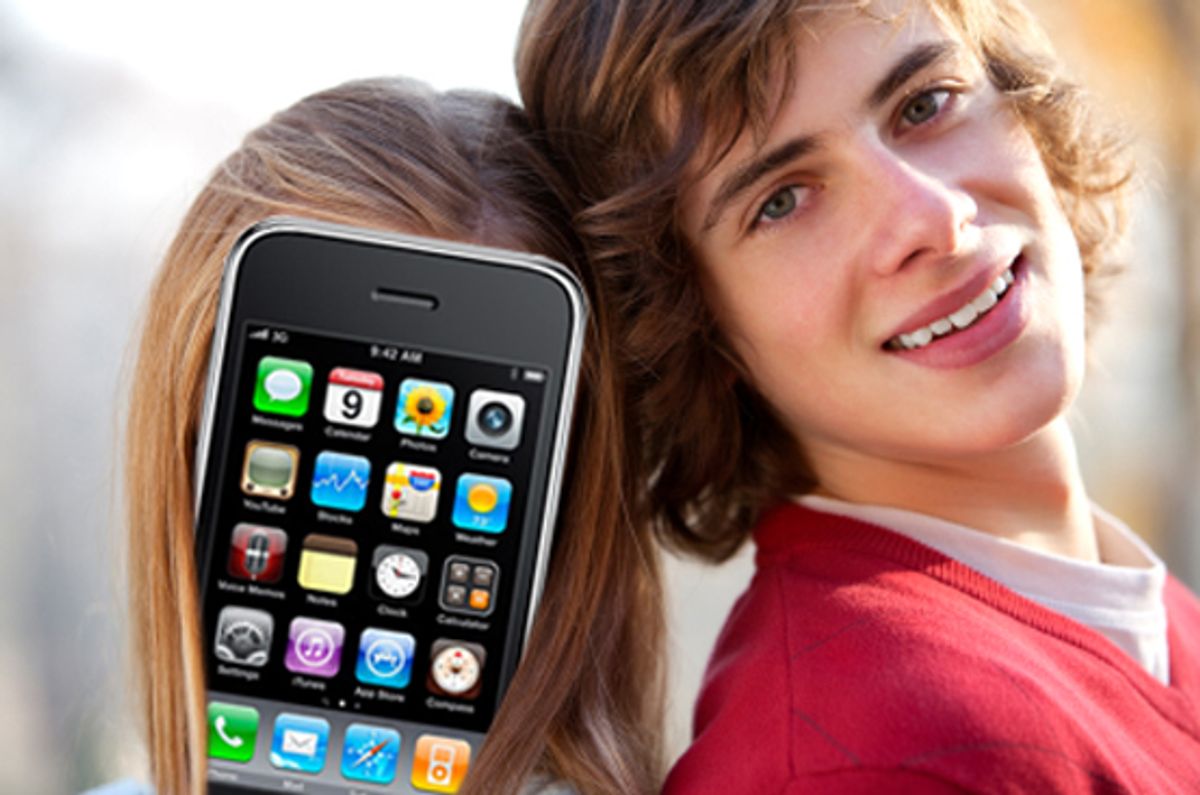 I teach the required course in anthropological research methods at Stanford University. It is one of those serious classes demanded of first-year graduate students so that they learn to conduct interviews and collect observational data responsibly. Last spring the registrar was contemplating having the iPhone serve as the portal between students and university and giving one to all entering students (55 percent of all students agree: That's SO Stanford). I agreed we could use the class to find out more about the way that Stanford students who already had an iPhone related to the device — and what we discovered was a gadget loved not wisely but very well.

The graduate students, none of whom owned an iPhone, were at first somewhat restive about this plan until we arranged for each of them to have an iPod touch, which brightened their mood. One of them discovered an application in which you adopt an island, name the tribe that lives on it, and then act as their god, which seemed suitably anthropological to everyone, and they settled down to work.

Anthropology begins with observation. And so, I posted my students around campus for two-hour stints. Our primary finding: Students often use cellphones while cycling. Some of them are also holding cups of coffee.

We kept going: Observation, focus groups, one-on-one interviews, in-depth interviews. Altogether we spoke at length to almost 50 students. Then we constructed a survey based on what people had said in the interviews and got more than 175 undergraduates to fill it out, mostly in the dining halls over dinner. It was a respectable sample size, and the subjects were randomly chosen. The following presents some of our findings:

Some subjects said that losing their iPhone would be worse than losing a baby. Some compared it to a death in the family. No doubt they were perhaps exaggerating. They were also making a point.

The iPhone is an identity. People spoke about their phone as if it were part of their body, and even more a part of their mind, with a weird entanglement of Big Brother anxieties over security — "If someone stole my phone, they could just get in everywhere and retrace my steps everywhere" — and an emotional sense that their phone was who they were. Some people said that without their phone they felt disconnected from the world around them, fuzzy-headed, helpless and incompetent ("I would feel lost without it").

The iPhone is alive. People patted their phones. They caressed them and cleaned them and obsessed about where to carry them so that the phone would not get scratched. "When I set it down, my friends will be like, 'Oh, sweet!' It's like having a puppy." Some of them named their phones: Baby Jane, the Black Fortress. Some of them said belligerently that they weren't the sort of people who named their phones. (One of the graduate students referred to her touch as "my little friend.") Most people denied this on the survey.

It's dangerously alluring, a guilty pleasure, sexy and cool. ("The first thing I did is to look for cool applications to add. I wasn't really sure what I'm looking for. I just knew I wanted the coolest ones.")

People also worried about not being "good" with their iPhone, not using it to its full potential. They had a sense that there was a competent iPhone user ideal, and they worried about not measuring up. Someone explained to us that you can be a "power user," or you can use it as a toy. "If you use it as a toy, then you are not maximizing it." Many people seemed to experience guilt for not living up to the ideal. They feared lapsing into iPhone mediocrity.

The iPhone creates new social possibilities and new, awkward social rules, especially about romance. "If you text them, it's a cop-out. You need to have the balls to call. Texting is one step away from e-mail, and e-mail is a total wimp."

Users see it as addictive: "It's sort of like booze or something." More bluntly: "It's a drug." The iPhone isolates you from the world into your own private cocoon: "I'm now one of the walking dead wandering around campus staring at my iPhone." People worried about being obsessed. One of our subjects, appalled at how much time she told us she spent with her phone and online, quit Facebook after her interview. She rejoined two weeks later. "I think the point is that no matter how different you are or what your mental tics are, it's such a powerful device that it overrides everything you really care about or really want." The woman was a serious, Thoreauvian gardener. She was involved with a gardening co-op and she thought of the co-op as a kind of great leap forward against the alienation created by our modern technological society. "So we try to get volumes of food, right, like large volumes, and we cease to enjoy the quality of a very small bite. You know? And I generally think like we need to slow down and be more traditional. Which is another argument against the iPhone." She took her iPhone to the garden.

And so it is embarrassing to be one of those people more absorbed by their iPhone than by the world around them. People cringed at the idea of being someone like that. It was often the first thing people said when we approached them. "I'm not one of those people."

Tanya Luhrmann is professor of anthropology, Stanford University. Her research focuses on the learning involved in the way people judge what is real — for example, the way evangelical Christians learn to recognize the presence of God.

Tanya Luhrmann is Professor of Anthropology, Stanford University. Her research focuses on the learning involved in the way people judge what is real--for example, the way evangelical Christians learn to recognize the presence of God.