The sadness of the Gore split

Why is news of their breakup after 40 years of marriage such a bummer? Let me list the reasons ... 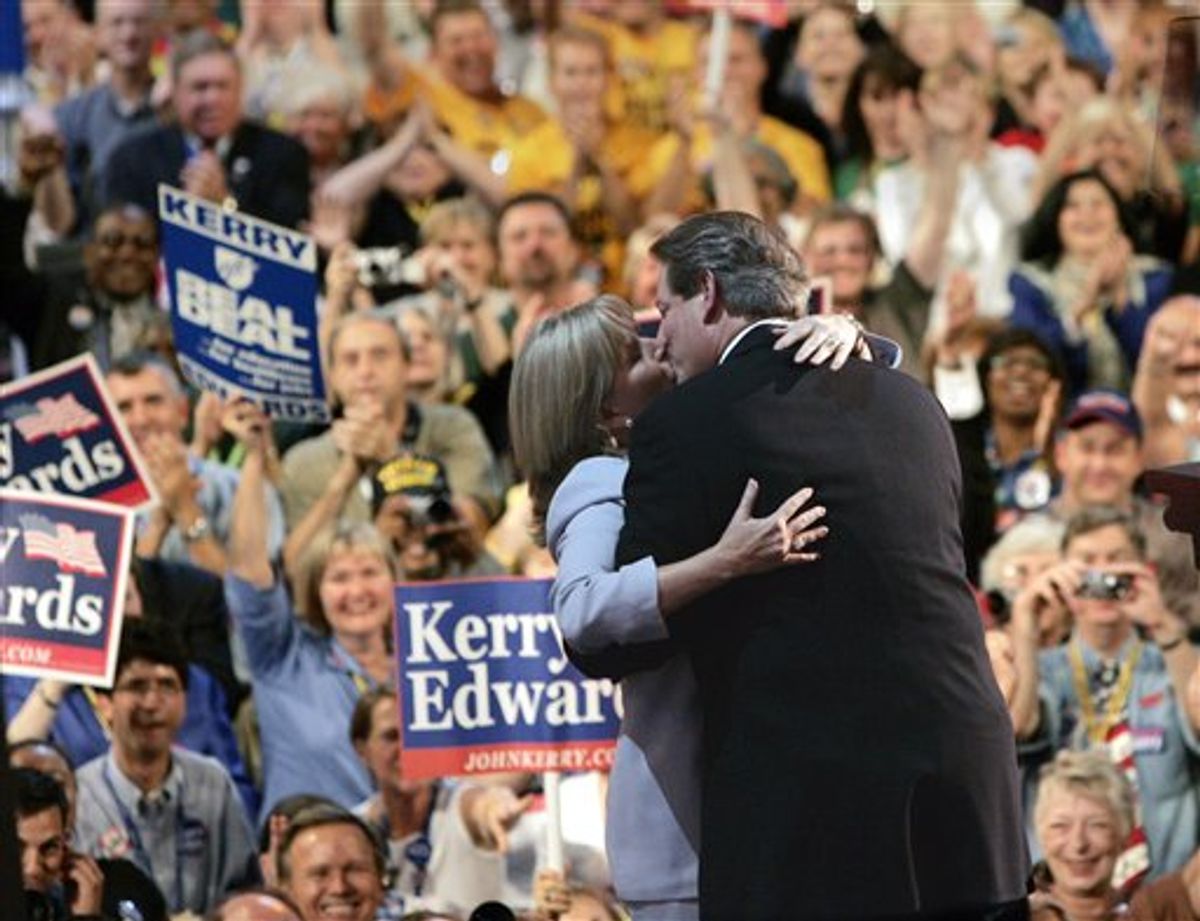 FILE - In this July 26, 2004 file photo, former Vice President Al Gore kisses his wife Tipper after addressing the delegates during the Democratic National Convention at the FleetCenter in Boston. Gore and his wife, Tipper, are separating after 40 years of marriage. (AP Photo/Kevork Djansezian, File) (AP)
--

My attempt to sort out why I am unexpectedly gutted by the news of Al and Tipper Gore's separation:

There is oil gushing into the ocean and people are killing humanitarian aid workers and the earth is still warming. Those things are on a different plane of sad and have already left us all terribly afraid and depressed and angry this early summer. I didn't know I had any room at all to care about the Gores' relationship, but maybe because it's something so much smaller, so much more personal, a headline so much easier to absorb than the other larger tragedies playing out around the globe that this small piece of political gossip turns out to be such an unbelievable freaking bummer.