"Groupie" assaulted after kissing and telling 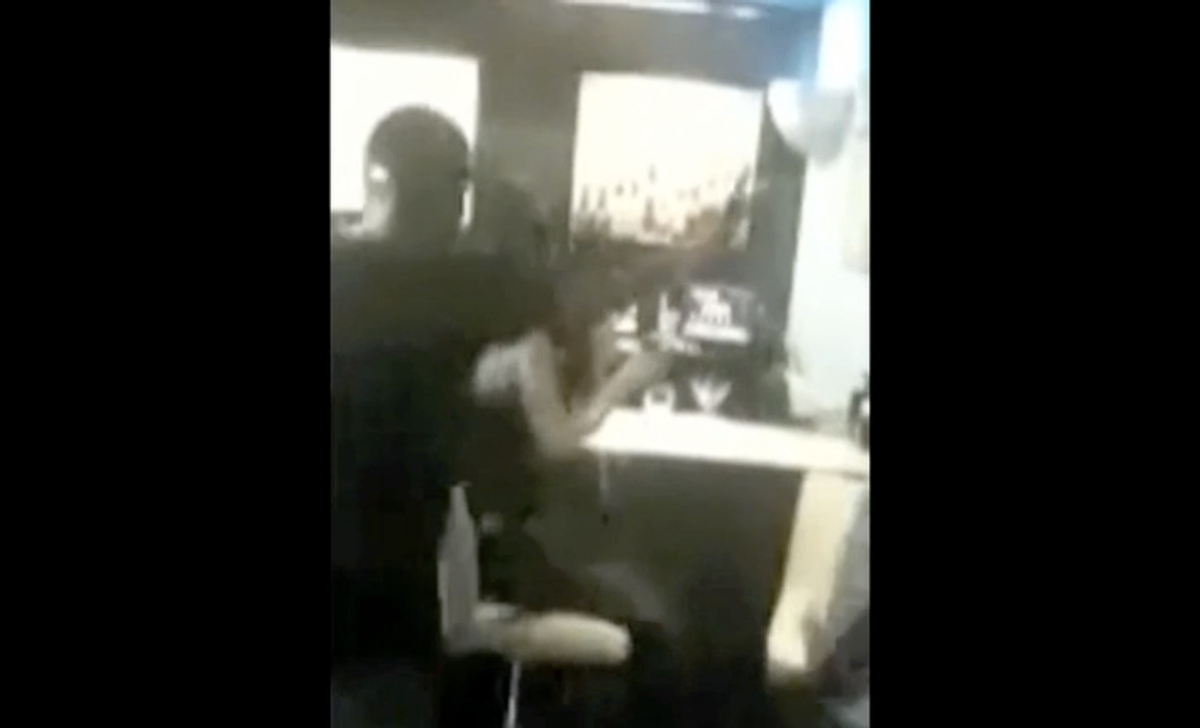 From Ice Cube to Soulja Boy, countless rappers have commanded it: When a bitch talks shit, pimp slap dat hoe. Now, a video is making its way around the Web of two men doing just that. The "hoe" in this case is Kat Stacks, a "super groupie" who has made a name for herself by mocking the manhood of the famous rappers she claims to have bedded. The unidentified men shown assaulting her make it clear that it's payback for unflattering things she's said about Bow Wow and Fabolous.

The video shows Stacks sitting on a bar stool as two men confront her. One of the men repeatedly slaps her in the face until she falls out of her chair and onto the floor. She's called a bitch. Her hair is pulled. She's yanked toward the camera and told to apologize. "Say, 'Sorry Fab,'" instructs one of the men. "Say, 'Sorry Bow Wow,'" says the other. The guy holding her by the hair demands: "Apologize, bitch, before I drag you."

The website Bossip posted the footage of the ugly incident with the enthusiastic teaser: "Video Of Kat Stacks Getting Slapped And Talked To Like Prostitute!" The comment thread on the post starts out with appropriate outrage, but then come the predictable variations on "she had it coming." A sampling: "She was a hoe that got outta line and had to be put back in her place," "HOES SHOULD LEARN TO CLOSE THE MOUTH," and "H0E SIT UR AZZ DOWN before the Pimp Hand comes out again!" In related breaking news: Anonymous message boards bring out the worst in people. Oh, and so can Twitter: In response to speculation that he and Bow Wow sent these men to do their cowardly business, Fabolous tweeted, "Why would I SEND a DUDE to smack a GIRL?? But I know who sent someone to smack her... KARMA!! #RealShit." (Translation: I didn't do it, but she did ask for it.)

Surely, Stacks is no saint, but as others have brilliantly pointed out already, neither are most of the rappers she has sold out in her desperate grab for fame and fortune. Whitney Teal writes on Change.org: "Their entire brand sits on the backs of the women whom they rap about (often in derogatory ways) and who perform in their music videos. They support themselves with stories about their sexual conquests -- both real and imagined -- yet when a woman like Stacks ... turns the tables and capitalizes on the relationship, it's deemed unfair to the men." Katy at Jezebel follows up on this train of thought: "Stacks was simply operating in the same economy of sexual conquest her former sexual partners popularize and support."