BP made plenty of mistakes in the Gulf of Mexico. Were some of them crimes? 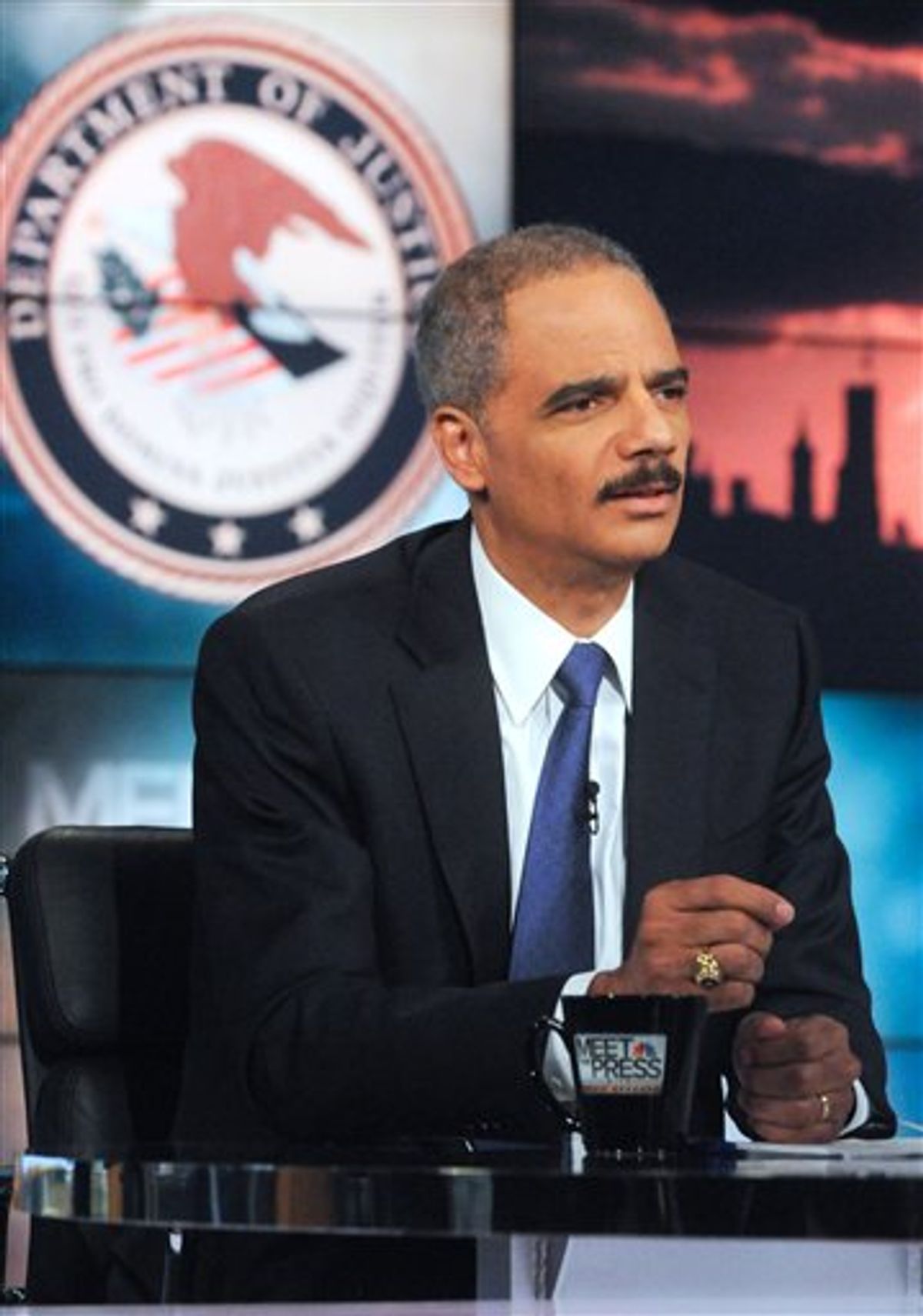 On Tuesday, Attorney General Eric Holder announced the Justice Department was investigating the causes of the BP oil spill and was prepared to purse both civil and criminal charges "if warranted."

Some context for understanding possible points of interest for DoJ investigators comes from a preliminary report released last week by Robert Bea, the director of University of California at  Berkeley's Catastrophic Risk Management Center: "Failures of the Deepwater Horizon Semi-Submersible Drilling Unit." Bea's report, which he describes as "preliminary insights ... based upon more than 500 hours of analyses of currently available data provided by approximately 60 informants," places joint responsibility for the disaster on both BP and the regulatory authority, MMS.

Here's the most relevant excerpt:

I'm not sure at what point any of the multiple instances of BP incompetence cross the line into criminal malfeasance, but we will certainly be learning more about that in the weeks and  months to come. In the meantime, BP CEO Tony Hayward says: "I want my life back." I don't think he's going to get it.