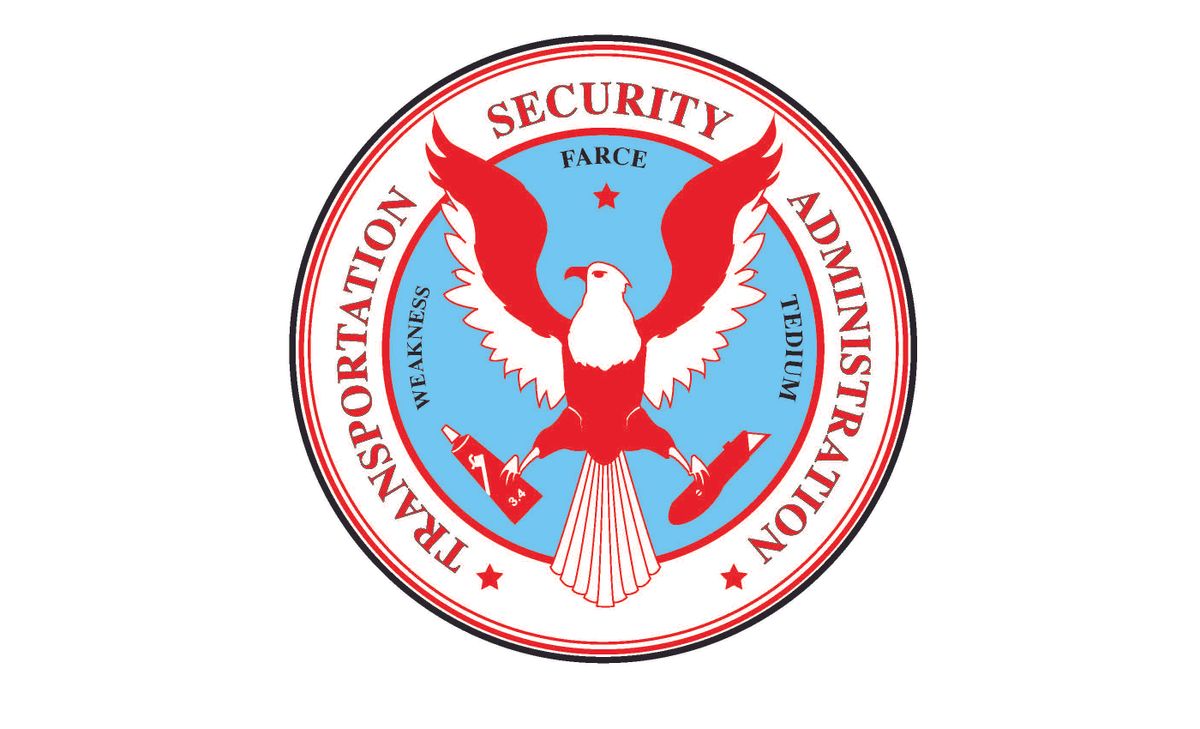 Random musings today: I'm surprised that more passengers aren't badly injured, or even killed, by carry-on bags dropped from overhead bins during boarding or disembarking. Thanks in part to checked luggage fees, roll-aboard bags have become bigger and heavier than ever. I've witnessed a few near-misses when one of these 50-pounders was mishandled by an impatient owner attempting to stow or remove it -- a maneuver typically attempted one-handed while clutching a cellphone. My own roll-aboard has a metal frame and dangerously sharp corners. I shudder at the thought of such a bag falling onto somebody's head or swinging into somebody's face.

At JFK, Terminal 6 is being torn down. The former National Airlines "Sundrome," the building was designed by I.M. Pei and opened in 1970. Vacant since 2008, it was most recently the home of JetBlue, until that carrier's move into its new (and grossly overrated) terminal next door.

Pei and Saarinen a 30-second walk from each other: They don't make airports like they used to.

JFK is peculiar in that it was home to at least three terminals with proper names: TWA's Flight Center, National's Sundrome, and Pan Am's Worldport. In later years they became known ignominiously as Terminals 5, 6 and 3, respectively.

And all three of those airlines are gone, of course. TWA was eaten by American. Pan Am ceased flying in 1991, having merged with National 11 years earlier.

Product plug: Next time you're aloft, flip to the route maps section in the back of the in-flight magazine. If you're anything like me, you could spend hours studying these colorful foldouts with their exploding nests of arcs and lines, immersed in a kind of air travel porno. It's hard to explain, but there's a certain Zen contentment that comes from looking at these things -- not to mention, they're good for learning geography. Well, now you can make your own, at Flight Memory.com! Become your own virtual airline by turning your travel history into a custom-designed route map. You can even have a poster custom-made to show off your global travels.

Warning: you can spend a lot of time at the Flight Memory site. It joins Seatguru.com and Karl Swartz's Great Circle Mapper as two of my favorite online resources.

Needless to say, however, that none of these sites approaches the brilliance of this one.

Speaking of being good at geography…

"As some of you might remember, there really was a Hooters Air. About six years ago it was flying a foursome of leased Boeings from a base in Myrtle Beach, Fla."

That's a line from my last column. As a couple of readers dutifully pointed out in the letters section, Myrtle Beach is in South Carolina, not Florida. I am fully aware of this. The mistake wasn't mine. The draft I submitted said simply "Myrtle Beach," without specifying a state. Somebody at Salon added the incorrect "Fla."

They need to spend more time with route maps, maybe.

Drawing your map on Flight Memory is a lot of fun, but it can be sobering as well. I couldn't help feeling astonished at the number of miles I've flown. And that, in turn, had me contemplating the vastness of my carbon footprint. How much jet fuel must I be personally responsible for burning over the years, be it as a passenger or pilot?

It left me feeling guilty. Though perhaps not that guilty, which brings us to a letter I mailed off to the editors at Lonely Planet not long ago. Here's how it went:

I'm an airline pilot and the author of Salon.com's weekly "Ask the Pilot" air travel column. My book of the same name was published in 2004.

I travel widely in my spare time, and I'm the proud owner of several dozen Lonely Planet guides. However, I have to take issue with something of a boxed item that is now appearing in your latest editions. In the "Getting There and Away" section, under the "Flying and Climate Change" header, it says:

"Pretty much every form of motor transport generates CO2 ... but planes are far and away the worst offenders."

Perhaps if you're comparing a single plane with a single car, then obviously this is true. But otherwise the comment is misleading.

I’m the first to agree that airlines ought to be held accountable for their fair share of ecological impact. But that’s the thing. Globally, commercial aviation accounts for under 2 percent of all fossil fuel emissions.

As a rule of thumb, experts recommend multiplying that percentage by another 2.5 in order to get a more accurate total of the industry’s greenhouse gas contributions. Aircraft exhaust is injected directly into the upper troposphere, where its effects aren't fully understood. The production of water vapor (evidenced by contrails) and the release of compounds such as nitrogen oxides are factors as well.

Using this formula, we can say flying accounts for about 5 percent of the problem.

Airlines are easy targets these days, but in the hierarchy of environmental threats they appear to be disproportionately criticized. Commercial buildings, for example, emit a far higher percentage of climate-changing pollutants than commercial planes, yet there is little or no outcry and few organized movements to green them up.

It's also true that much unlike cars, commercial aircraft are remarkably efficient on a fuel-per-passenger basis. Using average capacity and aircraft size, a round-trip journey between New York and London, each passenger is responsible for approximately 110 gallons of fuel. Between New York and Boston it's about 10 gallons -- less than half of what a person would consume if he or she chose to drive.

Between 2000 and 2006 in the United States, average fuel efficiency (measured in fuel burned per mile traveled) for commercial aircraft improved by 23 percent, compared to only 2 percent for automobiles.

Indeed, that aforementioned 5 percent figure will likely rise. According to some estimates, greenhouse gasses from planes could rise to as much as five times current levels by the year 2050. Still, that's only 25 percent, and a long way off -- if it happens at all. At least for the time being, calling airplanes "far and away the worst offenders" is at best unfair. Perhaps you'd consider rewording that section.

I sent copies of that letter to Lonely Planet's offices in California and Sydney. The company's response was ... Well, they didn't respond. I never heard back from them, and that passage still appears in every published guidebook.

Judging from the number of e-mails I received, readers had a lot of fun with my airline alliance parody challenge.

We needed some visuals to go with the Big Heads Alliance, composed of those carriers, old and new, headed by the industry's most outspoken CEO-celebrity-megalomaniacs. "Each carrier," I wrote, "will paint up one of its jets in full alliance house colors featuring larger-than-life portraits of each big shot." I offered a free T-shirt or hat to anyone who could give us a Photoshop rendition of what this might look like.

I didn't expect anyone would actually try, but Greg Zelder and Erland Sanborn, collaborating in San Francisco, proved me wrong. Here's what they came up with this during their lunch hour last Thursday.

Nose-to-tail: Sir Richard Branson of Virgin Atlantic; Southwest's Herb Kelleher; the caustic Michael O'Leary of Ryanair; the irrepressible Sir Freddie Laker, RIP, founder of Laker Airways and SkyTrain; and Frank Lorenzo, the dark prince destroyer of Eastern and (almost) Continental. Looming back there on the tail is Howard Hughes, of TWA, Hughes Airwest and Spruce Goose fame. Across the side is the official Big Heads slogan, "Be Self-Important With Us."

I couldn't have imagined it better. The poses are perfect, especially Laker and Branson.

(For a template, Zelder and Sanborn used a photo from Airliners.net, which for proper attribution I must link to, even though the powers at Airliners.net despise me and will not allow links to my articles anywhere on their site.)

And before we finish, speaking of parody artwork, belated congratulations to reader Travis McHale, who met my challenge back in January to come up with a revised logo for the Transportation Security Administration. "One thing TSA needs," I had written, "is a better logo and a snappy motto. I'm imagining a revised eagle, its talons clutching a box cutter and a toothpaste tube. Below are the three simple words of the TSA mission statement: "Tedium, Weakness, Farce."

McHale put together the emblem seen at the top of this column. The image was also entered into a contest held by security guru Bruce Schneier. You can see the other entries here.