Arrest in Florida could be bad news for Crist 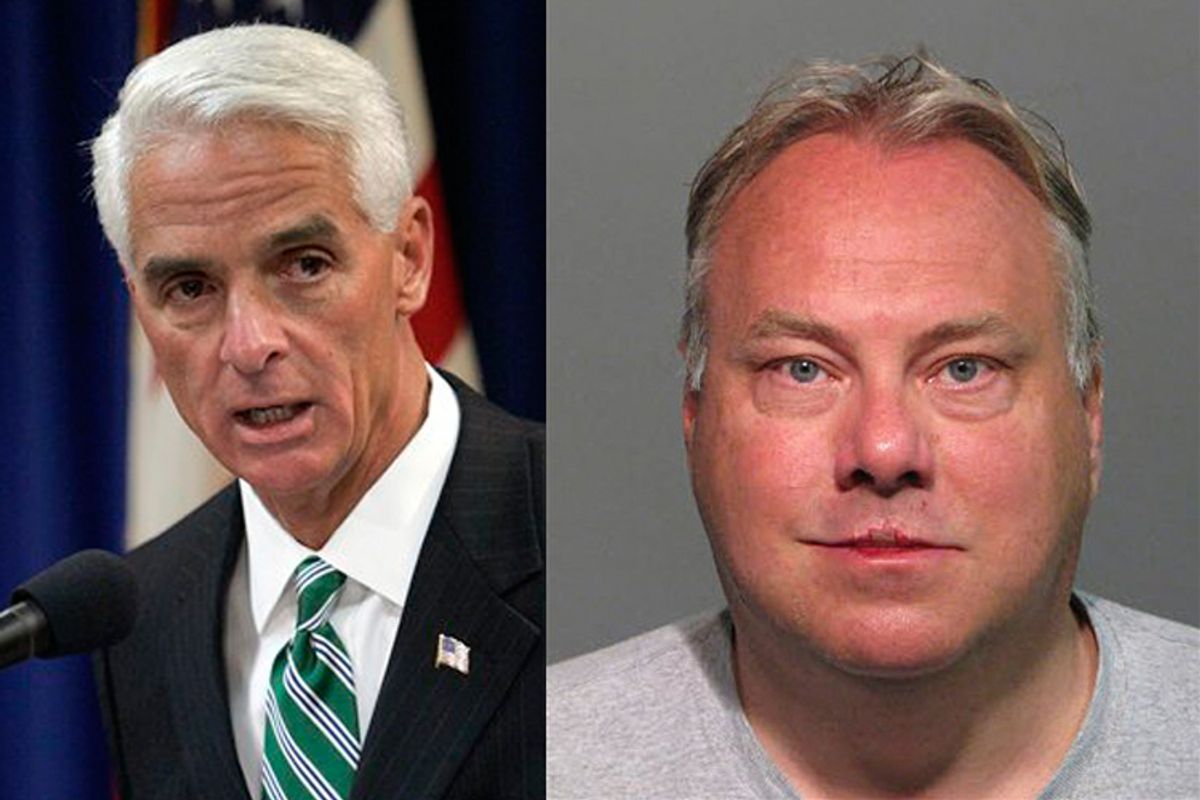 The arrest of former Florida Republican Party chairman Jim Greer might still be bad news for Gov. Charlie Crist, even though he fled the party weeks ago.

Florida authorities say Greer took at least $125,000 in GOP funds for his own personal use, and they charged him with four counts of grand theft, one count of money laundering and one count of running an organized fraud scheme. Officials say Greer set up a company, Victory Strategies, and hired it for the Florida party to raise money -- and keep 10 percent of what it brought in. Greer had resigned his post in February, facing questions about the party's extravagant credit card spending.

But Crist had been a patron of Greer's, taking advantage of his post as governor to install him as chairman of the state party. Crist pushed hard for Greer in 2007, after Greer had raised money for Crist's gubernatorial campaign the year before.

Worse, the documents filed in the case by authorities make clear that Crist's campaign was aware that Greer had the state party bill them $30,000 for polling by Victory Strategies -- which the campaign never ordered, and never paid. The party had already paid Greer's firm for the poll. So the state party's chief financial officer, Richard Swarttz, "sought repayment on several occasions from the Crist campaign for the [Victory Strategies] poll," an affidavit filed by the Florida Department of Law Enforcement says. The Crist campaign "recall this bill being forwarded to them, but they denied payment for it because they did not know anything about a poll done by the [state party] for the campaign."

Which means, potentially, Crist's aides could have stumbled onto evidence of the scheme before authorities did. And that could mean the arrest becomes an issue in the Senate race this fall. Crist's campaign did not immediately return a call for comment on the affidavit Wednesday.

Crist himself, speaking to reporters in Florida, said the whole thing caught him off guard. "It's surprising," he said. "Sometimes you're disappointed by people." He also said he didn't feel complicit.

Democrats, though, were already trying to stick the whole mess on Crist. "Governor Crist is trying to walk away from his Republican past, but that past will forever haunt him, especially on days like today," Rep. Kendrick Meek, who's running against Crist in a three-way Senate race with Republican Marco Rubio, said in a statement. "The governor expects a free pass and will claim ignorance and innocence, but those statements will not stand."