The picture book that killed the rainforest

From Indonesia to China to your local Barnes & Noble: A trail of pulp tears 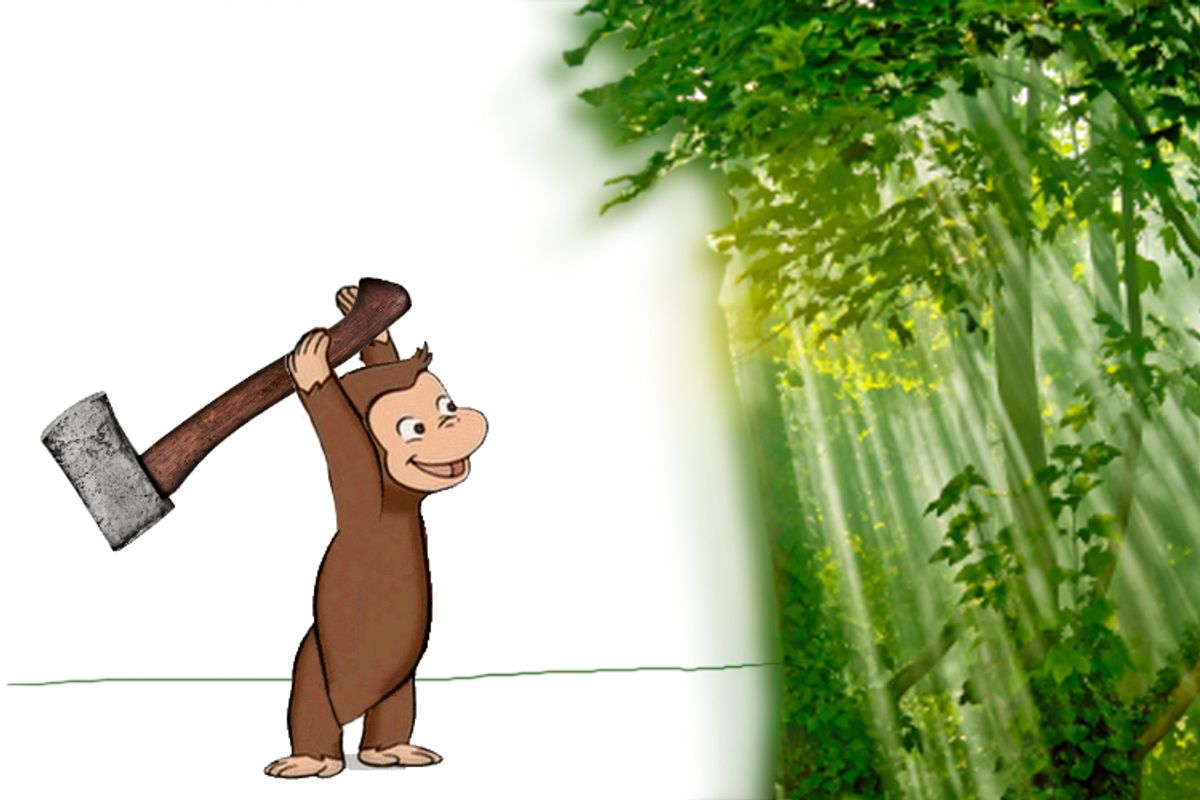 What a nightmare! According to a new study released by the Rainforest Action Network (RAN), a hefty percentage of children's books sold in the United States are made out of paper that includes "fiber linked to the clearing and conversion of Indonesia's rainforests." Even worse, laboratory testing apparently found such fibers in at least one children's book about the destruction of rain forests! (Hat tip to MongaBay.)

I say "apparently," because the report doesn't actually single out by name any such book -- you can only find it by looking through a gallery of photos at the Rainforest Action Network website. There, among hundreds of distressing photographs of Indonesian forest massacre, one can also see the cover illustration of Richard C. Vogt's "Rain Forests," published by Simon & Schuster.

We don't have access to the lab report, either, so we don't know if "Rain Forests" was one of the relative minority of books chosen by RAN that tested positive for the presence of actual tropical wood fibers, or whether it only contained acacia wood fibers from plantation farms. But for RAN, there's no substantive difference. 90 percent of the world's acacia pulp is produced in Indonesia, according to RAN, where dedicated plantations are fast replacing virgin rainforest and wreaking havoc on the local ecology.

So in a sense, the case may be circumstantial. For all I can tell from the report, Vogt's "Rain Forests" could conceivably include traces of acacia grown somewhere other than Indonesia. I'm a little surprised that a photo was included in the gallery, because the report itself references no specific publishers or book titles.

But there's still an interesting case to be made nonetheless. The children's book publishing industry is no exception to the fierce economics of globalization. RAN reports that U.S. publishers, relentlessly seeking to lower production costs, have aggressively offshored printing responsibilities to China. From 2000-2008, "Chinese sales of children's picture books to the U.S. ballooned by more than 290 percent, averaging an increase of more than 35 percent a year." China in turn, sources 18 percent of its pulp imports to Indonesia, where a pair of companies with two of the worst environmental reputations in the world, Asia Pulp and Paper and Asia Pacific Resources International, dominate the industry.

China Environment How The World Works