All (abortion) politics is local

The anti-choice movement successfully, and quietly, advances its agenda on the state level 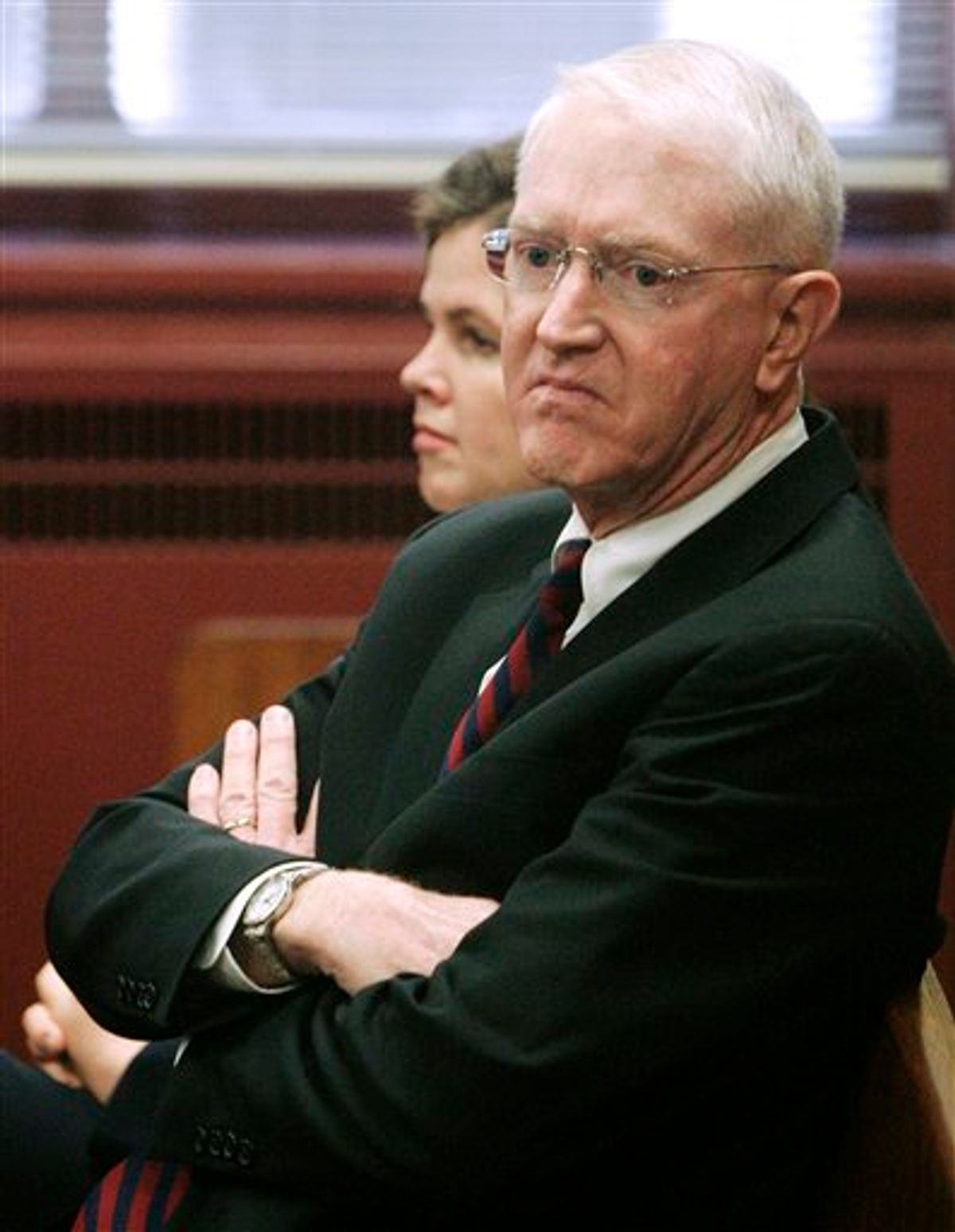 Tony Lauinger, state chairman of the group Oklahomans for Life and vice president of the National Right to Life Committee, waits in Oklahoma County District Court for the start of a hearing on the request for a temporary restraining order requested by the Center for Reproductive Rights, to block enforcement of a new state law, which requires women to get an ultrasound and hear a detailed description of the fetus. (AP Photo/Sue Ogrocki) (AP)
--

In the teen pregnancy tale "Juno," it only took a mention of her baby's potential fingernails and an oversharing clinic receptionist to turn the title character off of what she admitted was a "hasty abortion." In the real world, however, several states have recently passed measures making the scare tactics in "Juno" seem as trivial and clinical as a blood-pressure check, as the New York Times points out today.

Nebraska and Oklahoma have laws dueling for perhaps the most invasive and insulting assaults on a woman's right to exercise agency over her own body, as Broadsheet has previously reported. The Nebraska law criminalizes abortion at 20 weeks -- a measure justified by the belief that fetuses can at that point feel pain, an idea without scientific evidence to back it up. A separate provision requires women to get a mental health screening before the procedure. Oklahoma's recent laws are arguably even worse: One lets doctors willingly withhold information about fetal birth defects, and prevents women from suing providers who conceal such details, and the other requires a woman to view an ultrasound while having various features of the fetus explained to her.

Laws in at least 10 other states, including a Mississippi measure banning abortion coverage under the new insurance exchanges created by the healthcare reform legislation, take aim at virtually every aspect of the abortion process, from doctor-patient discussions to signage at clinics to counseling requirements. Though Arizona has been the subject of worldwide criticism for its recent law targeting immigrants, its measures reining in doctors who perform abortions and restricting insurance coverage for the procedure has gone largely unnoticed.

It's all part of a groundswell of antiabortion activity taking place at the state level -- a nod to the "all politics is local" notion. While marches on Washington make for great photo ops, localized measures can have a much greater impact on people's daily routines. Most of these measures have been written by legislators, not voted on directly, but some upcoming elections will likely further serve as state referendums on abortion. What you are unlikely to see from the lawmakers pushing these laws is any interest in advancing women's autonomy -- and by extension, reducing unplanned pregnancies and abortions -- through expanded support and health services.