How insurgents won the American Revolution 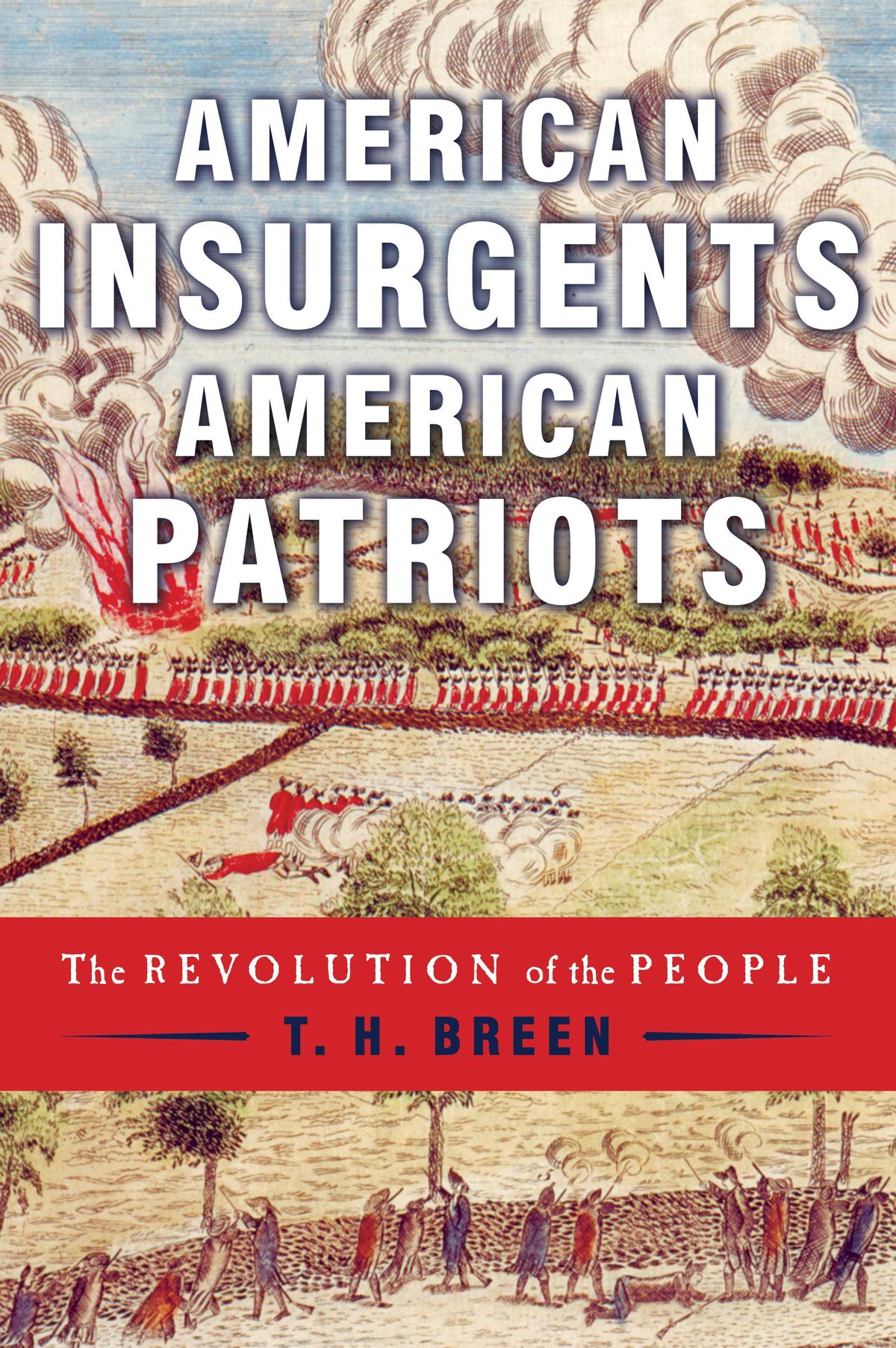 The historian T. H. Breen has written "American Insurgents, American Patriots: The Revolution of the People" to fill what he perceives as an imbalance in current representations of the American Revolution. "The vast majority of Americans," he begins, "have never heard the people's story. Instead, we have concentrated on the lives of a small group of celebrated leaders. Without the people, however, there would have been no Revolution, no independent nation ... [A] handful of elite gentlemen arguing about political theory make for a debating society, not a revolution."

It's true that in recent years we have seen a steady stream of popular books about the Founding Fathers, and this perhaps has been at the expense of our appreciation of the vital role ordinary people played in the Revolution. But it's doubtful whether Americans have ever really lost sight of these people: Their story is in the very air we all imbibe as we make our way through the school system. (I notice that "Johnny Tremain," for instance, already an old chestnut many years ago during my own childhood, is still on the required reading list at many middle schools.) Valiant farmers, artisans, and apprentices taking to arms: it is part of the very fabric of our national mythology.

We may not really need convincing that ordinary Americans did much to organize and propel the Revolution. But Breen's book still contains plenty of fascinating material that will be unfamiliar to countless readers. What has always been so stunning about our Revolution was the speed at which it was all pulled together. Between the Boston Tea Party in December of 1773 and the shots fired in Lexington and Concord in April of 1775 -- a mere 16 months -- a remarkably well-orchestrated insurgency spread out from New England all the way to Georgia. This surge of popular militancy sowed not chaos but a new order in which a unified, countrywide network of so-called "committees of public safety" -- effectively revolutionary cells -- ousted British political appointees and officers, enforced ideological orthodoxy, mobilized militias, and in general set the agenda for the fight that was to come.

How on earth was this achieved? From the hindsight of 2010 it appears impossible. Communications are infinitely swifter and more sophisticated today, yet no one on any side of our political spectrum, from MoveOn.org to the Tea Party movement, has succeeded in mobilizing enough critical mass to effect significant change -- revolutionary or otherwise. Whether modern America possesses a political will at all seems increasingly dubious. It's tempting to think the country was less divided at the time of the Boston Tea Party, but Breen demonstrates that this was not really the case: In his estimation, perhaps one-third of the country were insurgents/patriots, one-third were loyal to the British crown, and the remaining third were still on the fence. It was the insurgents' achievement to focus popular rage into unified resistance.

With the Port Act of March 1774, the British closed Boston harbor to all shipping in retaliation for the Tea Party. The Bostonians' plight moved people from all over colonial America; thousands sent provisions to the blockaded city, often sacrificing their own comforts and savings. This was a formative experience for what was becoming a tentative "national" solidarity: the colonists were becoming Americans now, rather than provincial Britons. "The relief of Boston," Breen points out, "required a level of managerial complexity unprecedented in colonial society. The effort involved not only the collection of money and goods on a massive scale, but also the creation of a series of public works projects."

In September 1774, just as the delegates to the First Continental Congress were gathering in Philadelphia, the rumor flew throughout the colonies that the British had bombarded and destroyed the city of Boston. The result was a spontaneous and massive mobilization without parallel in colonial society, the swift creation of a unified insurgent force. In the end the rumor turned out to be unfounded and British officialdom tried to sneer at the colonists' intelligence blunder. But the ordinary people regarded the "blunder" with pride rather than embarrassment, for it was now evident that the colonies were capable of mustering manpower enough to defeat the forces of empire. And the timing of the false alarm could hardly have been more fortuitous. Suddenly the delegates to the Continental Congress realized that the unexpected creation of a large army of irregulars had transformed the political environment and possibilities in Philadelphia. As Breen shows us, "creative tensions between local militants and continental leaders produced a brilliant structure that at once legitimated Congress's leadership and authorized the people to sustain, define, and channel the insurgency within their own communities."

The Articles of Association produced by the Congress provided a sort of rough draft of what would eventually become the U.S. Constitution. A key element of it was Article Eleven, which authorized local communities to create committees of public safety for the purpose of directing events on the ground: these were "extralegal bodies fully prepared to intimidate, even terrorize those who dared to criticize the American cause." These bodies occasionally indulged in "malice, revenge, oppression, manipulation, violence, and cruelty," Breen allows, but they entirely refrained from the sort of bloody excesses that the French and Russian revolutionaries would later indulge in. Why such moderation, despite widespread popular rage? For one thing, the enemy wasn't quite as visible: many of the American loyalists fled to Britain or Canada as soon as the trouble began, and there was no entrenched aristocracy on whom to wreak revenge, as in Europe. This was not a class war. It should also be pointed out that colonial America possessed an unusual commitment to a rule of law. The revolutionary committees punished through a form of "civil excommunication" rather than physical violence, and their primary aim was not to destroy their enemies but to elicit apologies from them and eventually reincorporate them into the body politic.

And as was not the case with the revolutions in France and Russia, American society more or less concurred on the purposes and limits of their revolution. "It is important to remember," Breen stresses, "that there was a fundamental agreement between the insurgents and the Congress on revolutionary goals. Americans were not attacking the need for central government, nor, for that matter, the need for taxes. They rejected corrupt government that denied them a voice in legislation and failed to protect their God-given rights and property."

Breen is aware that his use of the word "insurgents" might seem provocative in today's climate. The American revolutionaries were insurgents, he insists, and occasionally terrorists and torturers as well. He does not apologize for this fact, for he very clearly admires these insurgents and the efficiency and restraint with which they went about their nation-building task. Breen doesn't belabor comparisons with today's insurgencies and rebellions, but of course they are impossible to ignore, and he gently reminds us of the parallels. These days, Breen concludes, "as so many other people throughout the world demand their rights and justice, they challenge modern Americans to remember their own revolutionary origins."