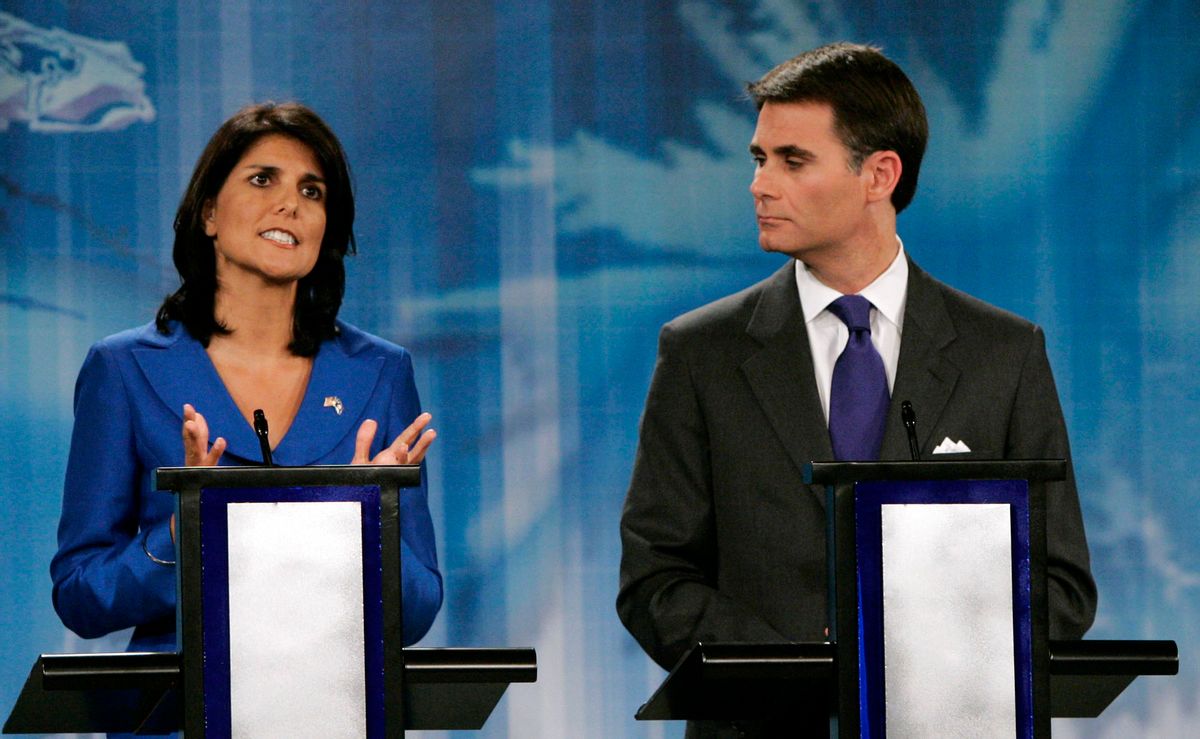 South Carolina Lieutenant Governor Andre Bauer sent out a press release yesterday announcing that he'd fired consultant Larry Marchant for "inappropriate conduct not in keeping with the goals of this campaign." That conduct: having a one-night stand with the front-runner for the GOP nomination for governor, Nikki Haley.

Marchant says the torrid one-night stand happened two years ago while they were in Utah for a romantic "school-choice convention."

During yesterday's TV debate, Haley accused Bauer of shopping the story around and only firing Marchant in order to lend credibility to the tale. Bauer is a dim enough character that it's possible he thought he could get in on this "accusing Haley of infidelity" thing and not have it backfire.

If you need a laugh this afternoon, take a look at Bauer's face at 3:30:

Unlike blogger Will Folks, Marchant has not offered any supporting evidence for his claim, though they did work together in 2008 and they both attended the convention.