Goodbye to the Redneck Riviera

If Obama lets us stay confused about who's in charge, the oil on Southern beaches is going to get all over him too 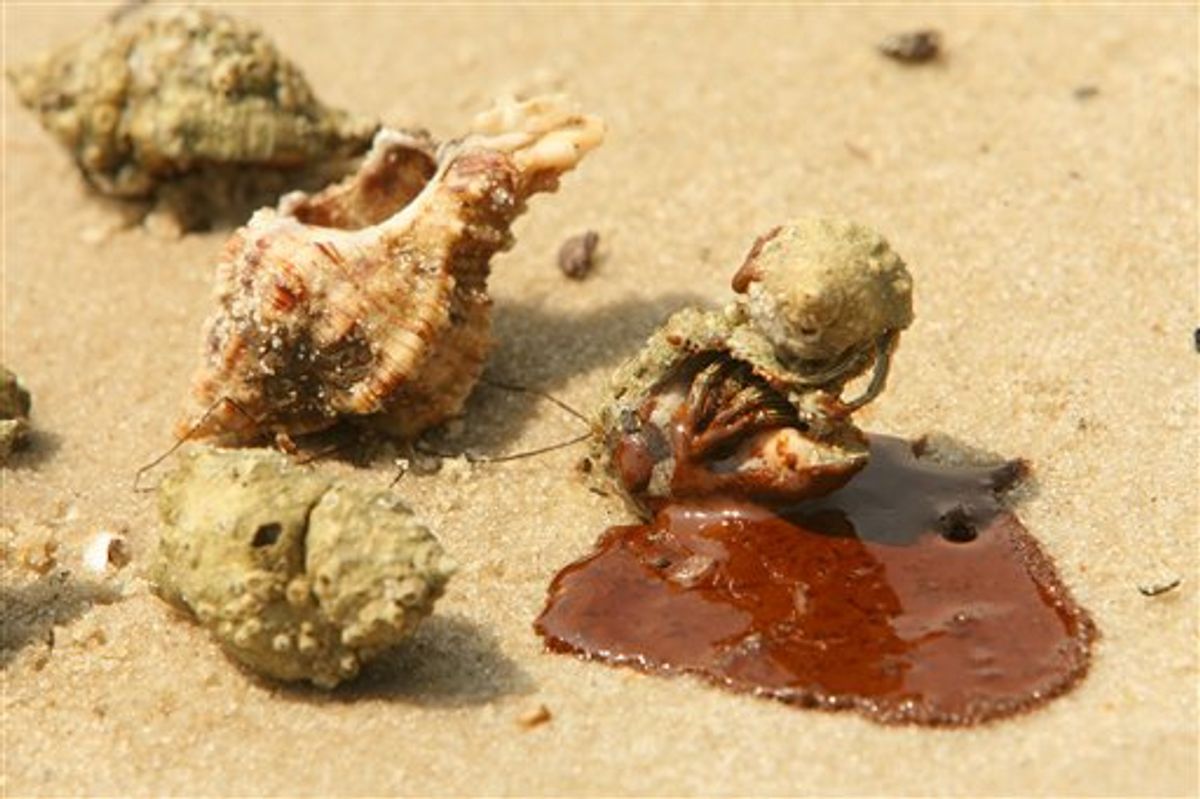 Just before his daily briefing Wednesday, Admiral Thad Allen, the president's military point man in the Gulf, had the BP logo removed from the podium. The White House apparently wants to distance itself from Bad Petroleum.

But confusion over who's in charge -- BP or the White House – continues to reign. Questioned about whether BP can successfully shear off the well pipe in order to fit a cap over it, Allen answered, "I don't think the issue is whether or not we can make the second cut. It's about how fine we can make it, how smooth we can make it."

As Tonto asked the Lone Ranger, "Who's we, kemosabe?"

"We" -- that is, the American people and our representatives -- are not in control of this. BP is in control. Yet BP has a long record of negligence, and it was BP's negligence that probably caused this disaster. So why is it in control?

If BP's attempt to cap the well fails again, BP says America will have to wait until August to stop the surge of oil into the Gulf, when BP says it will complete a relief well.

August is way too late. Since the explosion on April 20, the gusher has leaked anywhere from 21 million to 45 million gallons of oil into the Gulf. At that rate, the Gulf will be filled with more than twice that amount by August.

Politics is about to take over from policy in any event. Forecasters say the oil will probably start washing up on Florida’s coast this Friday -- not only threatening its fragile system of bays and islands, but also rendering miles of white-sand beaches unusable. The tourist destination that's been called the "Redneck Riviera" will be coated with thick black ooze.

If you think there’s been a political firestorm so far, you ain't seen nothin' yet. Florida's beaches are crucial to its economy. In 2008, at least 60 percent of vacation spending in Florida occurred in beachfront cities. Florida's economy is central to its politics. And Florida's politics is -- well, think back on the last several presidential elections.

The president is proposing to roll back billions of dollars in tax breaks for the oil companies. He’s appointed a commission to find out why BP's well blew.

But unless or until he takes charge -- putting BP's U.S. subsidiary under temporary receivership, forcing BP to use all its available resources and submit itself to full federal oversight and control -- his own presidency is in danger of being tarred by the same thick gunk that's about to wash up on the Redneck Riviera.