Betty White got all the glory, but another Golden Girl knew how to shine, too 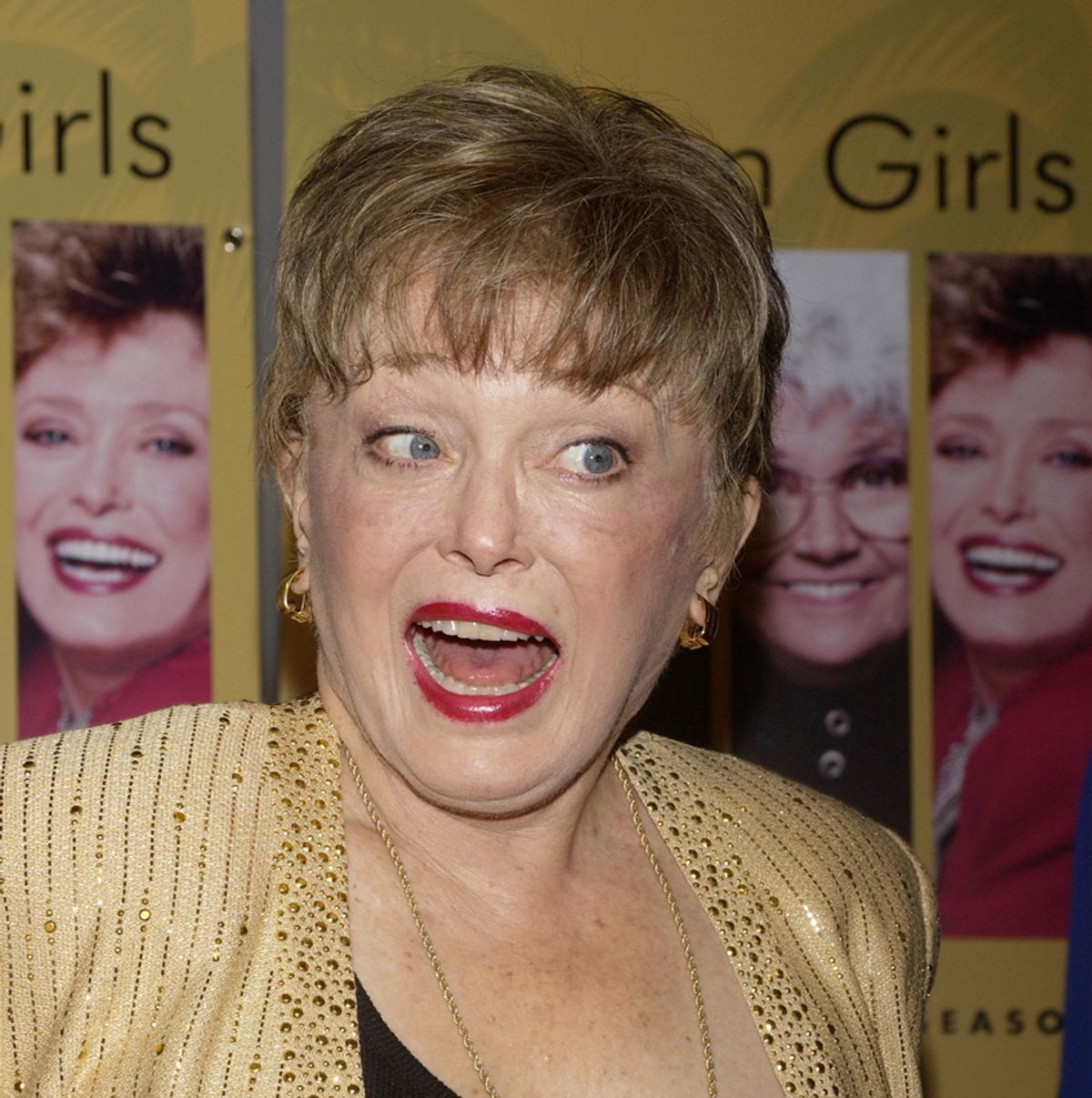 Rue McClanahan, a cast member in the 1980's television sitcom "The Golden Girls" speaks with a reporter during a party to celebrate the DVD release of "The Golden Girls: The Complete First Season" at The Museum of Television & Radio in Beverly Hills, California November 18, 2004. The three-disc set features 25 episodes from the series including the original pilot. REUTERS/Jim Ruymen JR/TW (Â© Reuters Photographer / Reuters)
--

She didn't have the brazen, ballsy appeal of Bea Arthur, or the sassy grandma allure of Betty White. She never carried her own show. She was recently dissed in Time as one of "least influential people in the world." But Rue McClanahan, who died of a stroke Thursday at age 76, was something else. In a world of limelight huggers, she was a deft, reliable ensemble player -- and television's original cougar.

Though she did memorable supporting work on "Maude" and "Mama's Family," it's her Emmy-winning role as Golden Girl Blanche Devereaux that she'll be remembered for – a role that McClanahan played with a sexual confidence that remains impressive to this day. (And, thanks to syndication, ubiquitous.) When "Golden Girls" debuted in 1985 – long before Botox and hormone replacement therapy were standard issue for women of a certain age, before the word MILF entered the lexicon, before Samantha Jones was a gleam in HBO's eye -- McClanahan created a character who was a widow, a mother, a wisecracking friend, and a devastating, believable man-eater. She was 51 at the time.

Her Blanche was a steel magnolia of strength, a flawed and frequently downright irresponsible parent, and an irresistible femme fatale. Sure, Blanche's seemingly bottomless appetite for conquest was played for laughs, but credit goes to McClanahan for getting those laughs while rarely playing Blanche as that sorry lady at the end of the bar, clinging to faded glory.

Mae West may have played formidable coquettes in midlife, but her characters were conspicuously coy about their ages.  In contrast, McClanahan gave the world a woman who might not always sail through the storms of her older years with perfect grace, but who refused to consign herself to a rocking chair when there was still so much kicking up of heels to be done. Without Blanche, we'd probably still have "Sex and the City" and episodes of "Glee" devoted to 50-something sex symbols, but McClanahan got there first and funnier.

If it seemed McClanahan was tailor made for Blanche, it's because she was. She burned her way through six husbands -- and as she cheerfully recounted in her 2007 memoir, racked up countless more lovers.  And when Betty White sent her a card after her minor stroke this winter that read, "Dear Rue, I hope you hurry up and die so I can be the last Golden Girl left. NOT KIDDING!" she allegedly laughed it off.

McClanahan once described Blanche as a character who's "is in love with life and loves men." The same description could be applied to the vibrant woman who played her. Even after her classic sitcom went off the air, McClanahan never stopped proving that the fun doesn't end when hot flashes kick in. And that being golden can last your whole life long.