"Hamas is a reality on the ground" 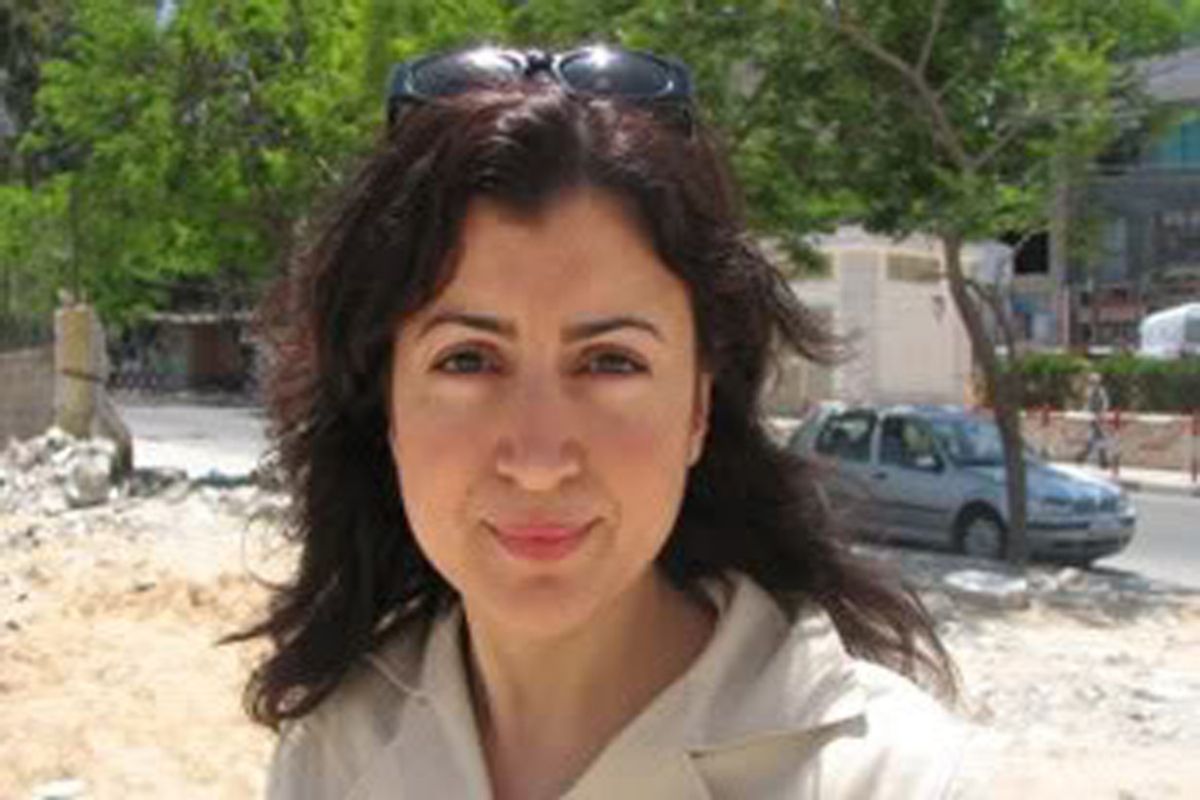 When Israeli forces refused to grant Western journalists access to Gaza during their January 2009 incursion, Taghreed El-Khodary was one of the few Western media voices on the ground. The Gaza-born journalist reported on the military assault for the New York Times and is now a visiting scholar at the Carnegie Endowment for International Peace in Washington.

In a conversation with Salon on Wednesday, she talked about Israel's attack on the Gaza Freedom Flotilla, the real reasons for Hamas' strength, and which news outlets she does -- and doesn't -- trust.

What is the reaction on the ground in Gaza to the flotilla raid?

People are raising the Turkish flag; they are very sad for the loss of life of the activists. I've spoken to many people on the ground, and they feel that they've been recognized by the international community after being abandoned for so long.

When I was in Gaza I covered many of these ships that used to come. The people in Gaza don't need the flour or the rice or the dolls that people bring for kids. But it's nice, it's a gesture, it gives them moral support.

For people in Gaza, young and old, it's impressive that these ships are even able to come from Europe to Gaza -- that they're able to move, to travel. They're fascinated by that element; I was very moved by that. You're talking about people who have never left Gaza.

Are the aid flotillas needed? Is there a need for humanitarian aid?

Listen, you have the United Nations and they're the ones taking care of the refugees on the ground, as well as many NGOs. What is needed is not humanitarian aid, but dignity for the people; they want freedom, education, a formal economy and a private sector, a decent future for the young generation.

I left Gaza a few months ago and I lived that siege, and it's horrible; you feel like you're in a cage. It's so hard to digest the freedom you have in the world, and then think that that spot of land has no right to live freely.

Looking now at media coverage, you have always described yourself as an objective journalist. How do you feel about objectivity in the American press regarding Gaza?

I was shocked when I was watching CNN domestic, which I'm not used to watching. CNN international is different. But I was truly shocked at the level of reporting and how misleading it was. All the CNN analyst could say about why there is a blockade on Gaza was that it is to prevent weapons crossing the border. But everyone knows weapons can make it through anyway; everyone knows it's a political issue, a policy to put pressure on Hamas and weaken them.

I'm not angry that the American people don't understand the reality on the ground if the media is like that.

My role at the New York Times was to represent the Palestinian narrative, and I succeeded in that. I didn't experience people asking me not to say certain things.

What has been the political fallout in Gaza after the flotilla raid? Has it galvanized Hamas?

It's unbelievable, really: Israel has given Hamas a present. Hamas' morale is high; it's a boost for them. They feel stronger and that's what they needed at this time when they had been weakened somewhat. And now Egypt has opened the border, it's an embarrassing situation for Egypt too. This is a crisis for the U.S. administration, for Israel, for Fatah, for Salam Fayyad, and for Egypt.

Were you personally surprised by Israeli actions on Monday?

Personally, I think it was stupid of them. It seems they could have dealt with it differently. It's ironic that it is Israel who has given this present to Hamas.

Israel came to this ship with its military might; you're talking about apaches and machine guns, compared to chairs and sticks.

Of course, there will be many excuses, but it's clear-cut that they made a mistake dealing with activists in this way.

In a lot of Western media, Hamas is simply depicted as a terrorist group. In your experience on the ground, what is Hamas to the Gazans?

Only in the States do they not see Hamas as a reality on the ground, and that Hamas is the result of a failure of the policies, and of the failure of the international community to impose a fair policy for the Palestinians.

In the Israeli media, you have Israeli writers explaining that Hamas is the outcome of Israel's policies. You have this recognition by famous Israeli writers on the ground. Here it's different:  The tabloids in the States cannot dare to criticize Israel. It's very different from European media.

I've been covering Hamas since Oslo [the Oslo Accords in the early '90s -- the first agreement between Israel and the Palestinian Liberation Organization], and since the First Intifada. I saw how they grew into this stage.

And now children are growing up in an isolated Gaza and they are only exposed to Israel as M16s and apaches; they don't know Israelis as civilians.

There are those who support Hamas, but there are also those Palestinians who are sick of Hamas and Fatah, but cannot see an alternative, because the policies -- the siege -- do not allow an alternative to emerge.

In the past you have expressed a lot of hope for the Obama administration's dealings with the situation. Are you still hopeful?

I'm in love with Obama -- what can I say? I still think he understands the situation well, and will keep moving ahead.

The thinking now is to strengthen Abu Mazen [also known as Mahmoud Abbas] by giving him a Palestinian state. Will this be possible? It's hard. And the American administration is not all Obama; it's a system, which is hard for him to navigate. And the recent Israeli action is not helping at all. It seems Israel is not interested in a Palestinian state; their focus is a war with Iran.

I am an optimist. I hope there is a solution. But you cannot isolate Gaza and work on the West Bank alone; things have to go in parallel. You have to create one entity with both the West Bank and Gaza. The administration doesn't want to deal with Hamas, but Hamas is a reality on the ground. They need to engage them. "How?" is the question.