Souder, Haley and the worst kind of immorality

Michael Gerson feels sad for Mark Souder, hoisted by his own hypocrisy. But the real victim is Nikki Haley 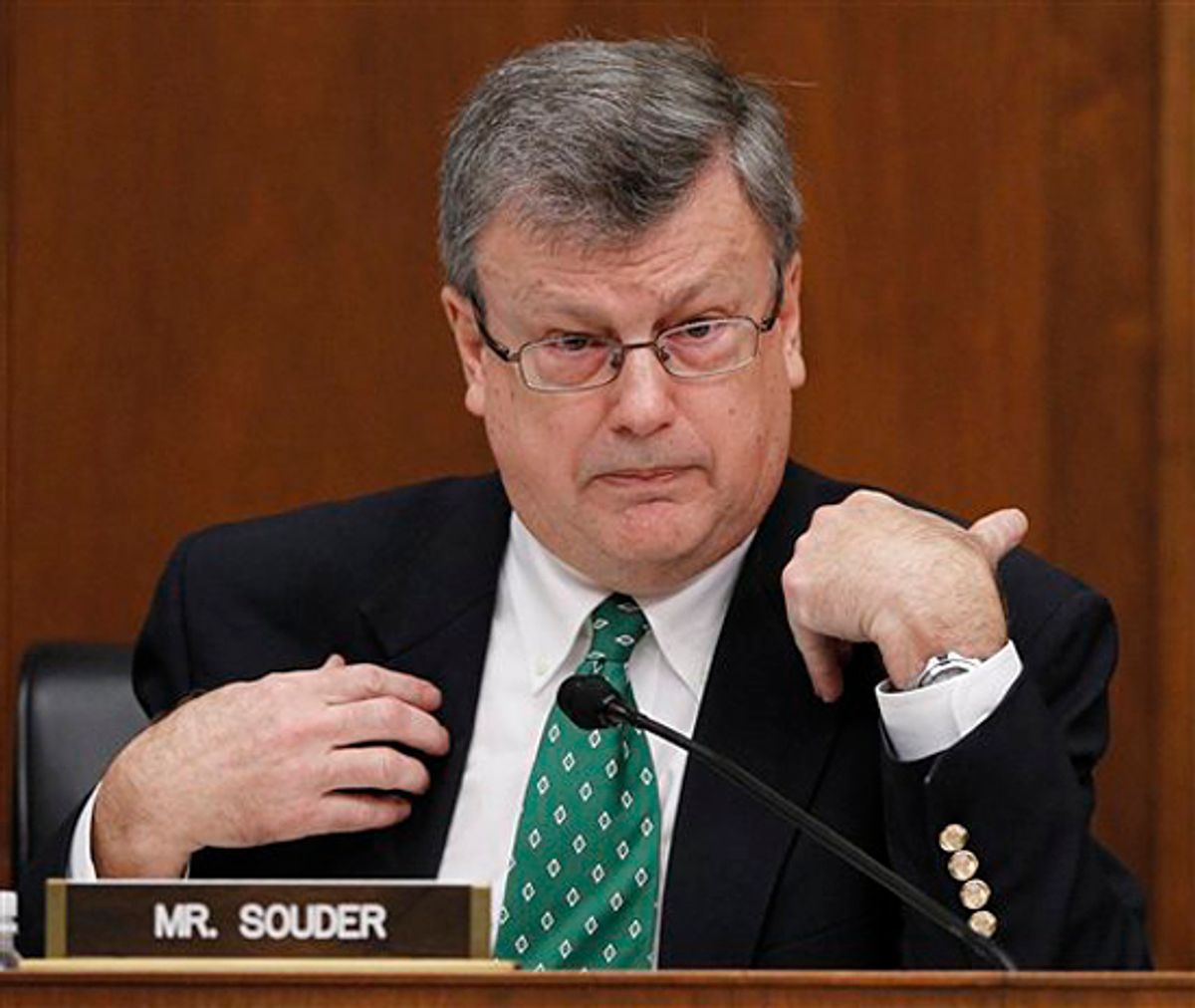 As he sadly watched the political demise of Rep. Mark Souder, his friend and former boss, Michael Gerson suddenly realized something important: A sexual indiscretion like Souder's confessed affair doesn’t necessarily reveal the essential character of an elected official (or anyone else). Some politicians who are faithful to their spouses are bad people and lousy leaders, he notes, while some politicians who have strayed are nevertheless basically decent -- and capable public servants, too.

In his Washington Post column today, Gerson quotes C.S. Lewis, who wisely observed that sins of the flesh "are the least bad of all sins. All the worst pleasures are purely spiritual: the pleasure of putting other people in the wrong, of bossing and patronizing and spoiling sport, and back-biting, the pleasures of power, of hatred…That is why a cold, self-righteous prig who goes regularly to church may be far nearer to hell than a prostitute. But, of course, it is better to be neither."

That is merely Christianity as originally articulated by Jesus, of course, but rarely practiced by today’s religious rightists as they determine who is or is not properly "Christian." Such "moral conservatives" should admit, says Gerson, that "political character is more complex than marital fidelity" and that the spiritual vices described by Lewis are just as disturbing.

It’s all very refreshing and open-minded until -- with the usual op-ed insistence on ideological equivalence -- Gerson takes the obligatory shot at "moral liberals." According to him, these liberals "have something to learn as well: The failure of human beings to meet their own ideals does not disprove or discredit those ideals. The fact that some are cowards does not make courage a myth. The fact that some are faithless does not make fidelity a joke."

But where is the liberal who says (or thinks) that right-wing moral hypocrisy proves fidelity to be a "joke"? This liberal is a silly stereotype existing only in the minds of conservatives, meant to comfort them as they suffer repeated embarrassment on their own side of the aisle, from Newt Gingrich to Mark Sanford and now Souder.

Again, he ought to name the liberals who reject "all standards" in favor of shameless decadence. Because as far as I can tell, the average liberal in or out of politics is just as likely to uphold ordinary moral standards as the average conservative. Indeed the liberals – as measured by the rates of divorce and teen pregnancy in the blue states, for instance – perform better on the "morality" scale. (For the latest data and sharp analysis of this contrast, consult the fascinating new book Red Families v. Blue Families, by Naomi Cahn and June Carbone.)

What Gerson doesn’t get (or perhaps pretends not to get) is that liberals mock hypocrisy, not morality - and mock hypocrites like Gingrich and Souder not for their lapses, but because they routinely abuse moral standards for their own political advancement.

Now that same old abusive style is erupting in South Carolina’s Republican primary. Brandishing charges of sexual infidelity, the state’s male Republican establishment has launched  a vile character assassination of gubernatorial front-runner Nikki Haley, who is married with two children. (All too typically, those attacks have been accompanied by a Southern flourish of racial and religious bigotry.)

Like most Republican candidates this year, Haley embraces every stupid conservative cliche, but a primary victory for her would represent public progress, political decency, and a higher morality. I wish I could vote for her.