The dumbing down of Carly Fiorina

Apparently, you have to pretend to be ignorant of science to win a Republican primary these days 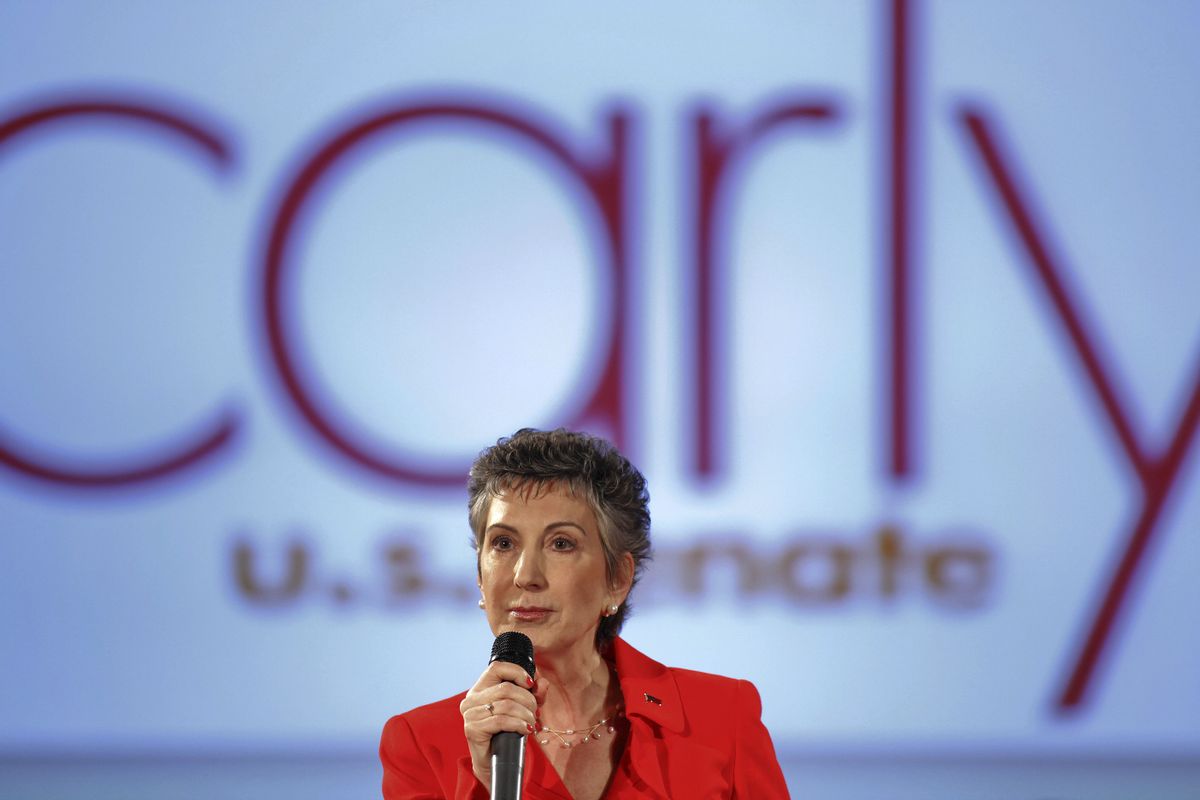 Presumably, the former CEO of one of America's leading technology companies knows the difference between long-term worldwide profitability and product sales on one day in one store.

But apparently to win the Republican nomination for Senate in California these days, even a woman whose brain-power might have been a campaign asset has to pretend she doesn't know the difference between long-term global climate trends and the daily, local weather.

An unintentionally revealing new ad by former Carly Fiorina, the former Hewlett-Packard chief who is favored to win next Tuesday's GOP primary, quotes Democratic Sen. Barbara Boxer saying in 2007, "One of the very important national security issues we face, frankly, is climate change."

Carly then leaps in with this: "Terrorism kills, and Barbara Boxer is worried about the weather. I'm Carly Fiorina. I ran Hewlett-Packard. I chaired the external advisory board for the CIA. We've had enough of her politics. I'll work to keep you safe."

Fiorina's first sentence -- willfully pretending that being concerned about the threat of global warming is the same as being worried about whether it's going to rain today -- should disqualify anyone for higher office, especially in California.

Last year, Energy Secretary and Nobel laureate Steven Chu, who ran a major national laboratory in California, warned that if we keep on our current path of unrestricted greenhouse gas emissions, it could be devastating to California's climate: "You’re looking at a scenario where there’s no more agriculture in California."

No worries for Carly, though. She has a bigger concern than her state's future -- her own political future. She wanted an endorsement in her GOP primary contest from the leading anti-climate dis-informer in the Senate, James Inhofe, Boxer's bête noire on the Environment and Public Works Committee and a man once described by the Washington Post as “the last flat-earther.” When she won Inhofe's backing, Fiorina was asked whether she believes in global warming. Her reply: "I think we should have the courage to examine the science on an ongoing basis."

Fiorina's race-to-the-intellectual-bottom ad is especially embarrassing because of the credentials she touts. After all, she ran HP -- and HP has been unequivocal about climate science. This is from their Global Citizenship Report 2008:

Our planet’s climate is changing, and scientific consensus is that greenhouse gas (GHG) emissions are the main culprit. The effects are forecasted to be far-reaching and substantial. The IPCC Fourth Assessment Report, published in 2007, warned that unmitigated climate change would likely trigger a range of environmental problems threatening agriculture, natural habitats and communities in low-lying coastal areas.

With the threat of such dangerous impacts, it's not surprising that our military and intelligence leaders worry it could lead to conflict. Last September, the CIA opened its Center on Climate Change and National Security, saying:

“Its charter is not the science of climate change, but the national security impact of phenomena such as desertification, rising sea levels, population shifts, and heightened competition for natural resources.”

As David Corn notes, "If Fiorina had paid attention to the CIA's actual work, she would know this." Apparently smart, science-oriented candidates can't win Republican primaries, so they have to pretend to be dumb.

Ask John McCain, a one-time conservative leader on climate science and climate action, who, faced with a tough primary of his own in Arizona, absurdly claimed this year that he has "never favored" capping global warming pollution "at a certain level." Fiorina, who endorsed strong climate action when she was a John McCain surrogate during the presidential campaign, has also flip-flopped and now opposes it.

I suppose the good news for Fiorina is that pretty much the whole Republican Party is dumbing itself down on this issue, so perhaps nobody will notice her IQ drop. Just consider Charles Baker, the Republican candidate for governor of Massachusetts and a man who the Boston Globe has said "has a reputation as a smart guy." But asked in February whether he agrees with scientists that humans are changing the climate, Baker replied: “I absolutely am not smart enough to believe I know the answer to that question."

Perhaps that should be the bumper sticker of every GOP candidate for higher office: “I absolutely am not smart enough.’’