A whole lot of (Census) jobs

Bad news for the economy: U.S. payrolls jumped by 431,000 in May, thanks entirely to temporary government hires 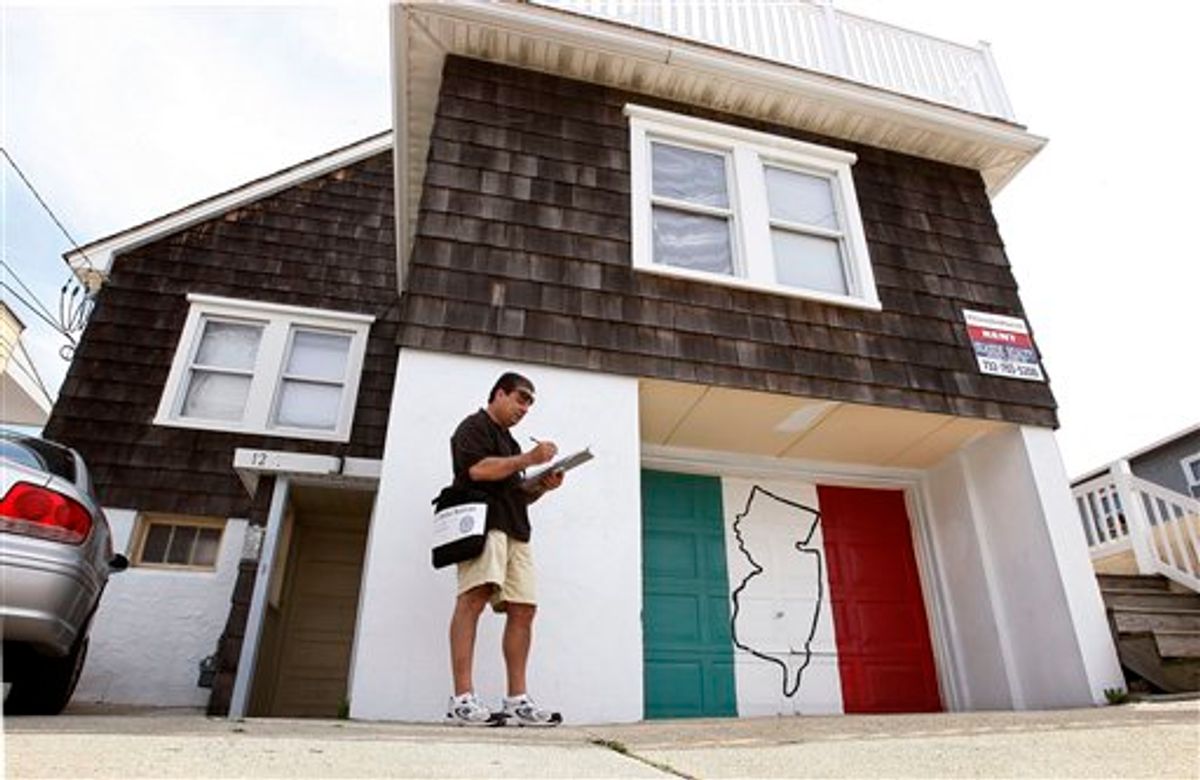 U.S. Census worker Gary Caporale, of Ortley Beach, N.J. tries to find someone living at the house made famous by the cast of the "Jersey Shore" television show, Friday, May 21, 2010, in Seaside Heights, N.J. This year, the "Jersey Shore'' Jersey shore has become a destination in its own right as fans of the MTV reality series descend on the Garden State to experience the same sights, sounds and smells. (AP Photo/Mel Evans) (AP)
--

The U.S. economy added 431,000 new jobs in May, reported the Bureau of Labor Statistics (BLS), but 411,000 were temporary U.S. census jobs. Subtract the Census jobs from the total and government payrolls actually declined, while private payrolls rose by only 41,000. The unemployment rate fell from 9.9 to 9.7 percent