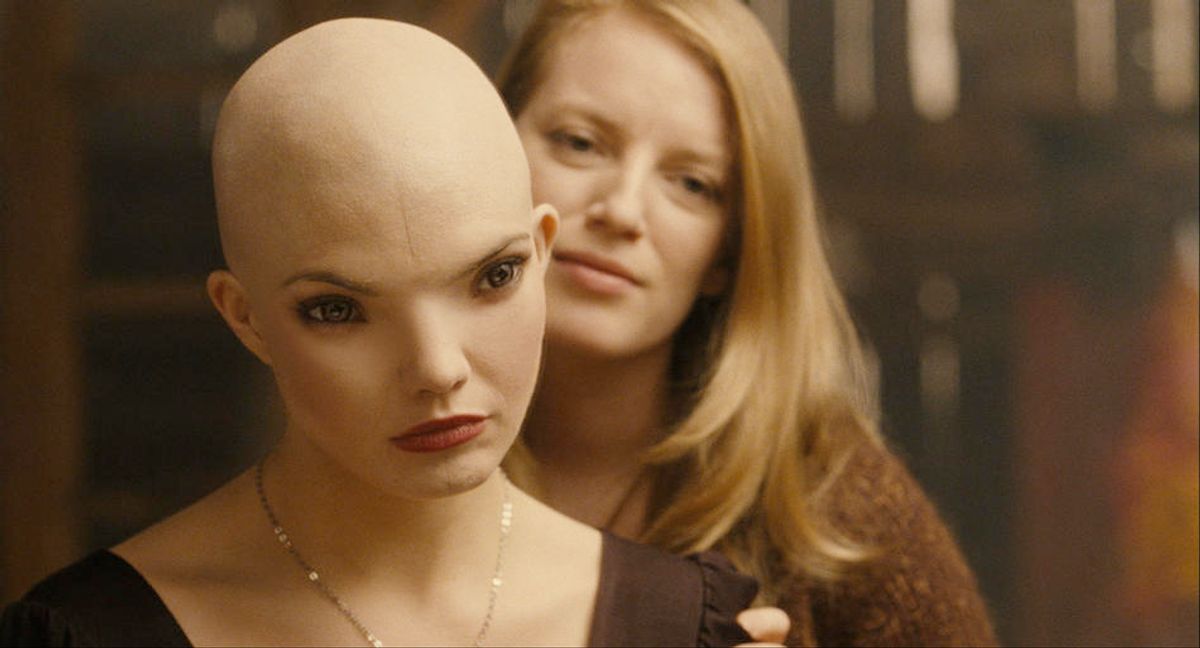 Dark, sleek, funny and creepily infectious, the genetic-engineering horror-comedy "Splice" is a dynamic comeback vehicle for Canadian genre director Vincenzo Natali, who made a splash a few years ago with "Cube." It's a movie that seems to have confounded or displeased many viewers; some middlebrow critics wonder what the hell prestige actors like Adrien Brody and Sarah Polley are doing in this kind of movie, while genre buffs may find "Splice" a bit too arch and derivative, as it slyly Mixmasters a vast array of themes and elements from every previous let's-build-a-monster flick.

For me, "Splice" hit right in the sweet spot, midway between Paul Verhoeven's "Robocop" and David Cronenberg's "The Brood." I was only half joking when I wrote in a Sundance blurb review that "Splice" was the parenting movie of the year. It's at least as much a portrait of a 21st-century yupster-bobo marriage infected with a terminal case of late-stage capitalism as it is a science fiction movie.

Clive (Brody) and Elsa (Polley) are hot-shit scientists coked up on boundless ambition and bottomless wells of private-sector dollars. Their star status and stylish loft condo, however, are based on their ability to invent artificial life forms that produce marketable pharmaceuticals. When one of their patented critters — a pinkish, dog-sized, penislike caterpillar thingie — goes gruesomely and publicly haywire, their whole enterprise is in danger. So Elsa, who seems to suffer from both a permanent manic disorder and a bad case of baby lust, decides to mix in a little human DNA. I mean, what could go wrong, right?

So along comes a cooing, purring, feral chicken-baby creature — out of Ridley Scott's "Alien" by way of David Lynch's "Eraserhead" — that only a mother could love. And boy, does she. It takes Clive a while to accept "Dren" (at first she's mainly CGI, and later she's played by Delphine Chanéac), who grows with supernal speed into a disturbing, half-seductive, half-repellent blend of ferocity and intelligence, but men can be like that about their kids. Fortunately, or sort of fortunately, Dren becomes a real daddy's girl, leaving the Lady Macbeth-like Elsa cycling through an endless range of bad moods.

Sure, sure — "Splice" does not offer an edifying portrait of motherhood, or of daughterhood either, and you may construct a feminist critique around that if you'd like. But let's not overlook the fact that both spouses approach their monstrous offspring with a combination of blinding arrogance and overweening stupidity, and if Elsa becomes an alternately overprotective and abusive harridan, Clive makes far, far worse parenting errors than that. Polley and Brody go at the increasingly preposterous situations in "Splice" with total commitment; I mean, when it's your child that's becoming a gender-switching, bat-winged monstrosity, it simply isn't funny.

There's a troubling undercurrent of sexuality running through "Splice" that, inevitably, becomes a lot more than an undercurrent. Like every manmade monster from Mary Shelley onward, Dren is a creature of unfulfilled appetites; like parents everywhere, Clive and Elsa will try to prevent their child from tasting forbidden fruit and will fail. Maybe Natali is just trying to outrage (and/or arouse) viewers by including two of the most twisted sex scenes in movie history, but I actually think he's just fulfilling the story's logic. Monster movies always hint at this kind of incestuous relationship, but rarely go there.