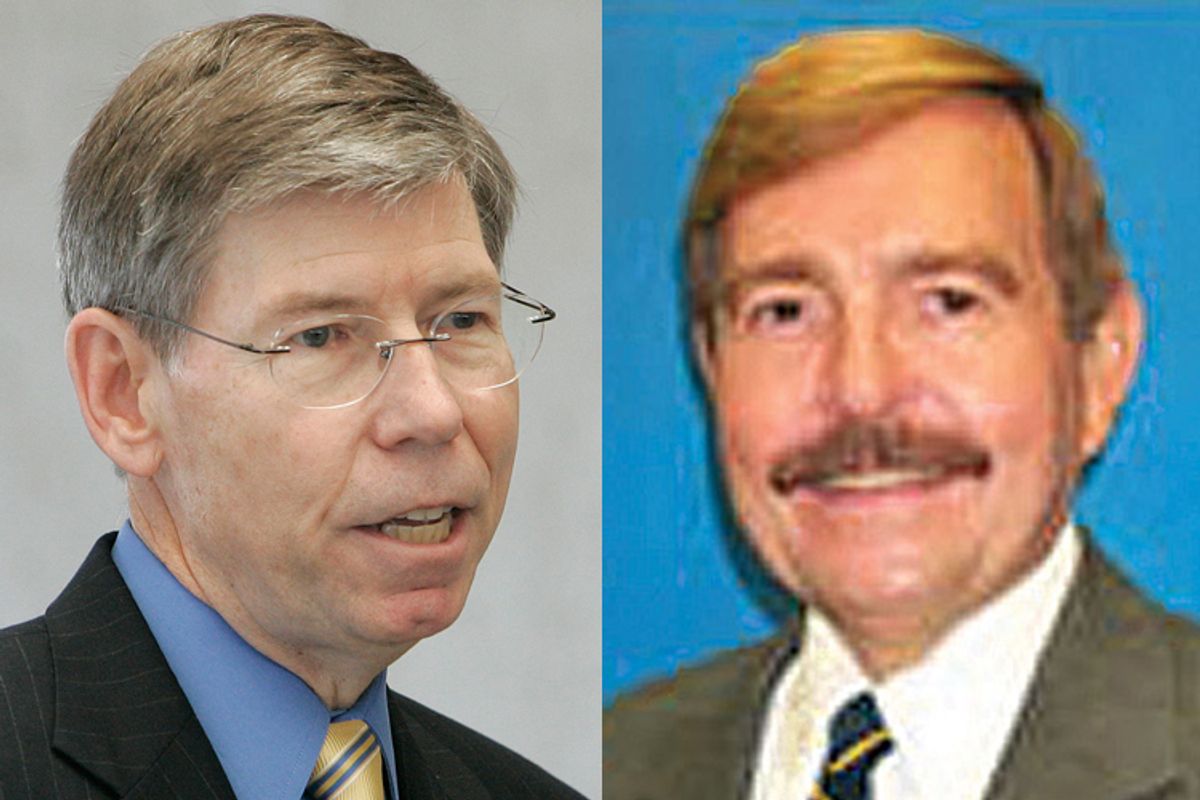 Florida Attorney General Bill McCollum, currently running for governor, had the state of Florida pay disgraced anti-gay quack psychiatrist George Rekers more than $120,000 (double his contract) to testify in favor of the state's ban of adoption by gay people.

Even before it was revealed that Rekers enjoys nude massages from male escorts, he was not considered a credible expert witness. The lead attorney defending the gay adoption ban begged McCollum not to use Rekers, calling him a "right-wing, religious based expert" and writing that she was being forced to use Rekers despite "strong cautions."

The attorney's cautions were justified. The judge deciding the suit against the ban said Rekers' testimony was not "credible nor worthy of forming the basis of public policy," and she deemed the ban unconstitutional.

But McCollum and Deputy Attorney General Bob Hannah regret nothing.

"If you look at the record, you will see he actually earned it," McCollum said this week. "He definitely put the hours and the time in. This is not a case where we overpaid him."

Rekers' fees represent "almost a third of what the state has spent on the gay adoption ban lawsuit to date." But he spent a lot of time crafting his non-credible testimony, so he was worth every penny.