Do lesbians have healthier kids?

They raise children with fewer behavior problems and higher self-confidence, but it isn't clear why 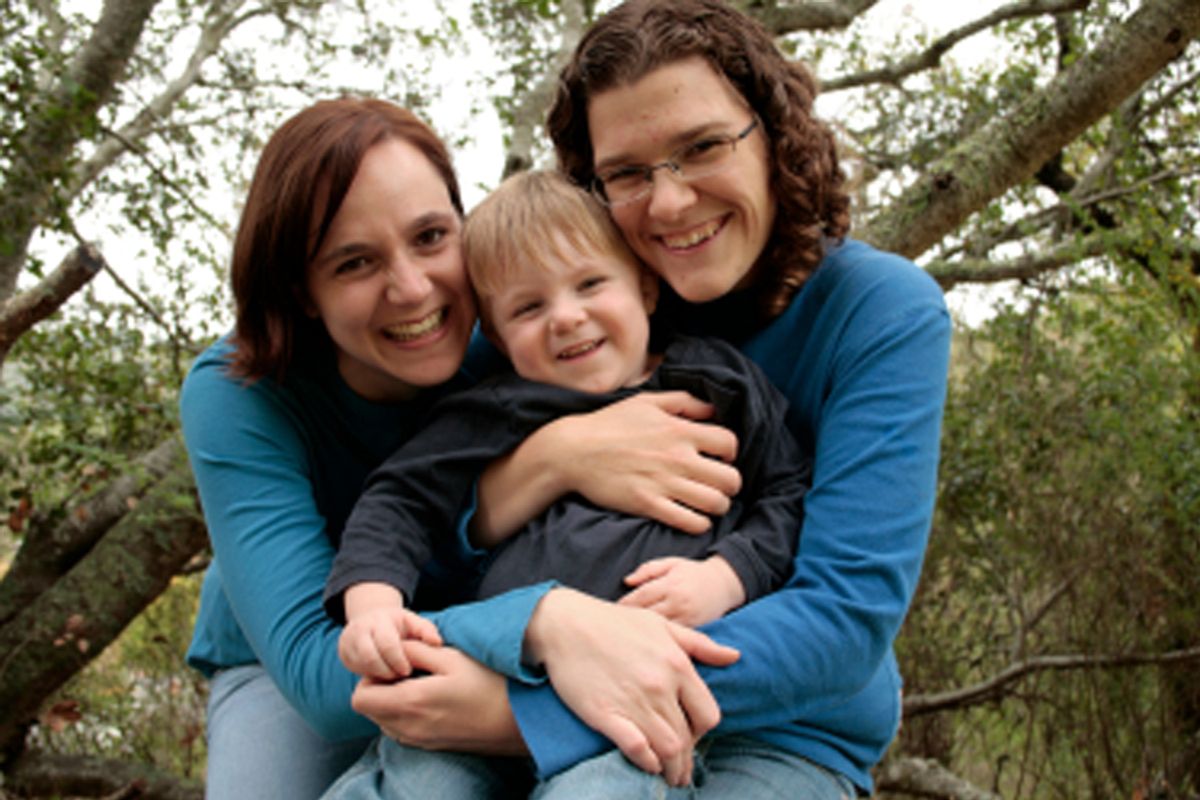 Ooh, James Dobson is going to hate this: A new study has found that the kids of lesbian parents turn out just as well-adjusted as their peers. What's more, they have fewer behavioral problems and greater self-confidence. That is to say, lesbian parents not only do just as well as hetero households on the child-rearing front, but they actually manage to do some things better. Who's "focusing on the family" now, huh?

You might be familiar with the past research frequently cited by marriage equality activists finding that kids raised by gay families do just as well as those reared in straight homes. But this study, published Monday in the journal Pediatrics, is the first of its kind. Over the span of 25 years, researchers Nanette Gartrell of the University of California at San Francisco and Henry Bos of the University of Amsterdam followed 84 families in which mothers identified as lesbian at the time of artificial insemination. That's key, as it ruled out women who got pregnant while in a heterosexual relationship before transitioning into a lesbian relationship.

Using a standard behavioral checklist, the parents evaluated their kids' emotional, social and academic behavior five times from birth until age 17, and the young'uns were interviewed at age 10 and age 17. The outcome: Kids raised by lesbians were less likely to have behavioral issues, and exhibited greater confidence and academic performance. So, this is all just wonderful. Surely "pro-family" organizations will take this as a directive to legalize gay marriage in the name of children's well-being, right?

Of course not, silly goose. Wendy Wright, president of the Concerned Women for America, told CNN: "This study was clearly designed to come out with one outcome -- to attempt to sway people that children are not detrimentally affected in a homosexual household." It is certainly true that the study was partially funded by LGBT advocacy groups; it's also true that this is a peer-reviewed study. I heartily encourage Concerned Women for America to fund its own study and attempt to get it into a reputable scientific journal.

The truth is, we don't know why these kids fared better in certain behavioral respects -- and it might not have to do with having lesbian parents, per se. One factor that seems awfully important here is that these pregnancies were all planned. Like, really, really planned. There were no forgotten pills, broken condoms or one too many glasses of red wine; these women had to actively seek out sperm donors and then undergo artificial insemination. It's always possible these results have less to do with gay parenting than with planned parenting -- not that ultra-conservatives would find that any less upsetting.