The manufacturer is recalling the cars due to brake or wiring problems. Most are in the U.S. 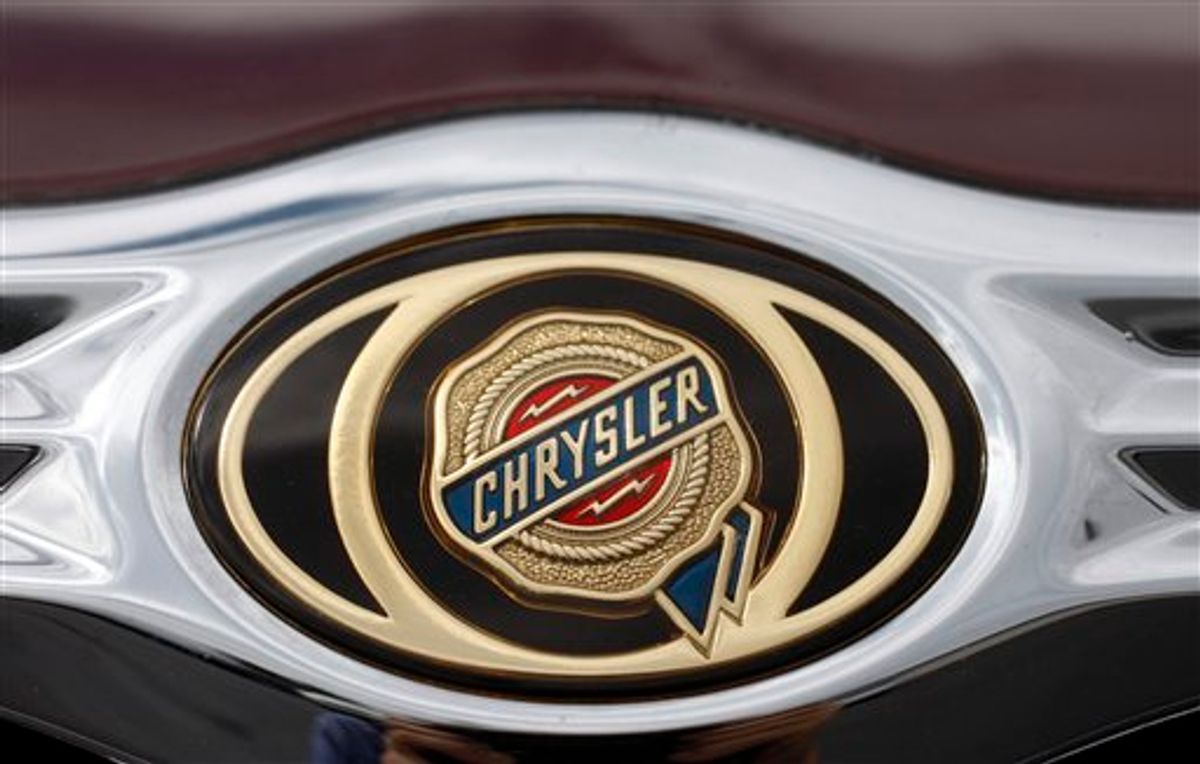 FILE - In this June 18, 2009 file photo, the Chrysler logo shines on the grille of a 2009 Chrysler Town & Country minivan at a Chrysler-Jeep dealership in the Colorado city of Centennial. Federal regulators said Monday, June 7, 2010, Chrysler is recalling nearly 600,000 Jeep Wranglers and Chrysler and Dodge minivans for brake or wiring problems. (AP Photo/David Zalubowski, file) (AP)
--

Chrysler is recalling almost 600,000 minivans and Jeep Wranglers in the United States and another 100,000 elsewhere because of brake or wiring problems that could create safety problems, the company and federal regulators said Monday.

Chrysler said it is recalling 288,968 Jeep Wranglers from the 2006 through 2010 model years due to a potential brake fluid leak.

It also is recalling 284,831 Dodge Grand Caravan and Chrysler Town & Country minivans from the 2008 and 2009 model years because a wiring problem can cause a fire inside the sliding doors.

Another 76,430 Wranglers and 34,143 minivans are being recalled in Canada, Mexico and other international markets, Chrysler said.

Neither problem has caused any crashes or injuries, Chrysler Group LLC said.

It was the second notable recall in the past week for Chrysler. The company recalled nearly 35,000 Dodge Calibers and a limited number of Jeep Compasses last week to fix a potential problem with sticky gas pedals, the same issue that has afflicted millions of Toyotas.

In the latest recall, the front inner fender liners on the Jeeps can rub against the brake fluid tubes and cause a leak. The National Highway Traffic Safety Administration said the leak could lead to a partial brake loss.

The minivans can have improperly placed wires that can come into contact with sliding door hinges that could cut through the insulation, Chrysler and NHTSA said.

Chrysler spokesman Nick Cappa said the defect could lead to a fire inside the minivan door "in rare instances."

Chrysler will notify owners and dealers about the repairs, which will be made free of charge. The recall is expected to start later this month.