Obama: U.S. will bounce back from Gulf oil spill

Calls people and ecosystem of the region "resilient," but recovery will take time and effort 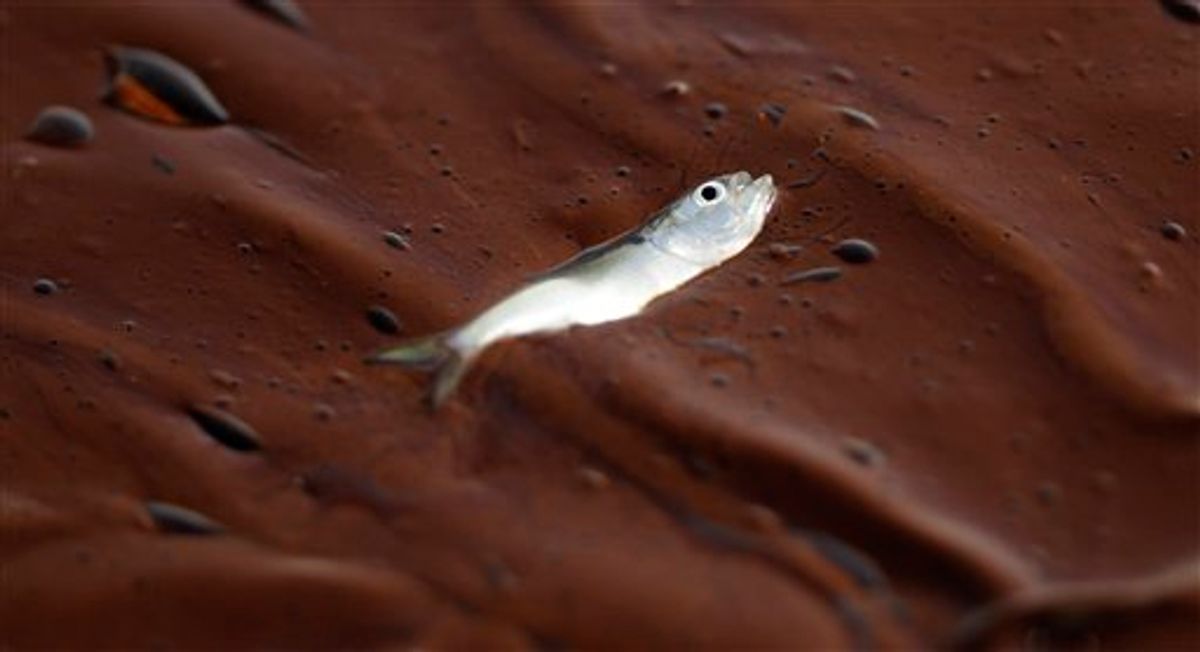 A small dead fish floats on a pool of oil at Bay Long off the coast of Louisiana Sunday, June 6, 2010. Oil from the Deepwater Horizon spill continued to move inland along several gulf states. (AP Photo/Charlie Riedel) (AP)
--

President Barack Obama is reassuring Americans that "we will get through this crisis" in the Gulf of Mexico but that it will take time and effort.

Surrounded by Cabinet members, Obama and top federal officials were briefed on the government's battle against an unprecedented oil spill Coast Guard Adm. Thad Allen, who is overseeing the government's efforts in dealing with the tragedy.

Obama told reporters after the briefing that the people of the Gulf coast "are going to need help from the entire country," but that he is determined that the region be restored to a condition better than it was before the BP well blew out on April 20. He said, "This is a resilient ecosystem and these are resilient people down on the Gulf Coast."