Obama has to take charge

When everything seems out of control, it's up to the president to restore some confidence 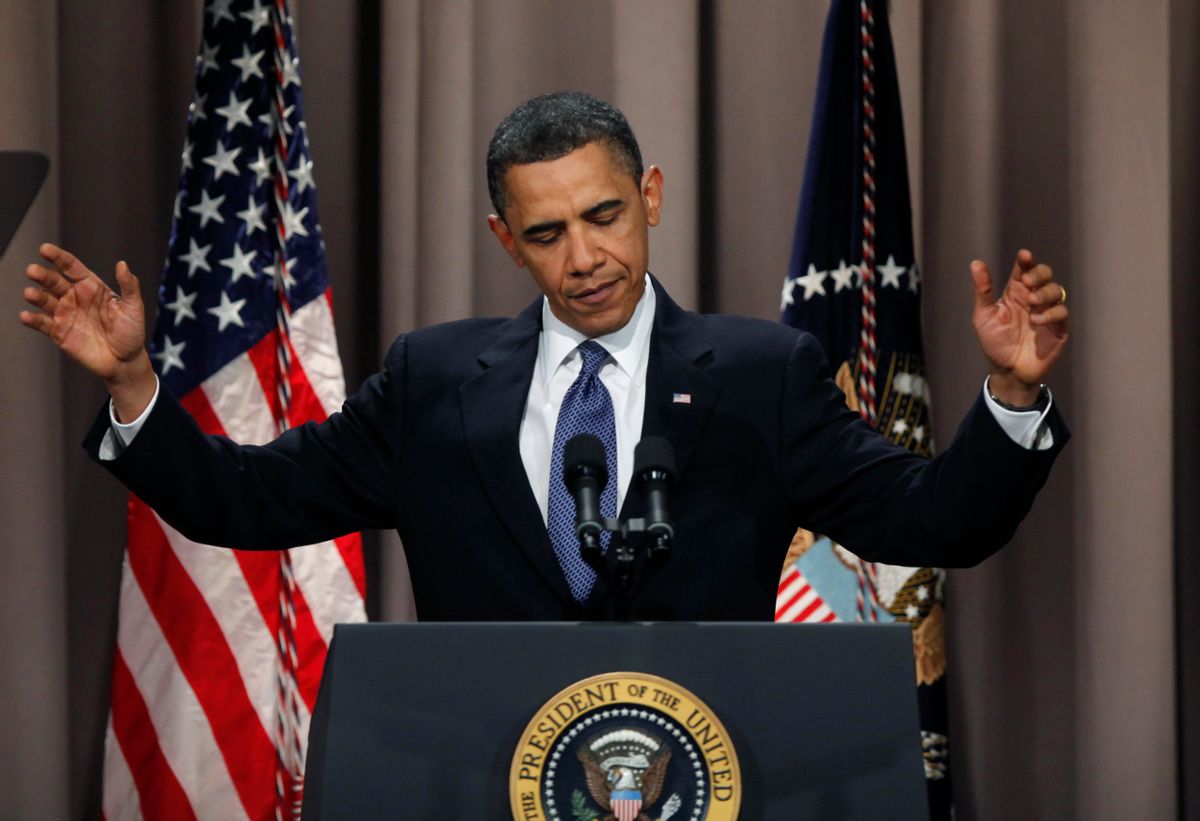 As voters head to the polls today for primaries in 12 states, their anger is showing.

A Washington Post/ABC News poll released today shows that fewer than three in 10 voters say they will support their representative in the House in the midterm election four months from now. That's a lower percentage than in 1994 -- when Republicans recaptured the House and Senate.

Their anger is rooted in the continuing awfulness of the economy. Fed Chairman Ben Bernanke said today the economy appeared to have enough momentum to avoid a double-dip recession. That's hardly reassuring to 15 million jobless Americans. Nor to all those with jobs who are earning less than they did three years ago because they’re temps or part-timers or have had to settle for lower wages.

I put the chances of a double-dip at 50 percent. Consumers won't and can't keep the recovery going because they don’t have the dough. They can’t use their homes as ATMs as they did before the crash, and they’re trying to get out from under a pile of debt. Meanwhile, the states are raising taxes and cutting services -- just the opposite of what’s needed. State constitutions bar them from running deficits even when deficit spending is appropriate. Their fiscal drag on the economy comes at precisely the wrong time. (Europe and China are moving toward fiscal austerity, too.)

The White House should present a plan to Congress to give states interest-free loans, which they can repay when the economy turns up and their revenues return.

Meanwhile, the gusher in the Gulf continues -- a symbol of the government's impotence. President Obama said this morning he'd fire BP’s Tony Hayward if he were his boss. Obama said he's looking for an "ass to kick."

But he has no ass to kick until he's in charge. Obama should take over BP's rescue operation. That's the only way the public can be sure all necessary resources are being put to the job, that public risks are being properly weighed, and it’s getting the truth.

The president says the company will pay for its mistake. He should act now to make sure. He should also order BP to set aside at least $5 billion for the cleanup, and create a new Civilian Conservation Corps to do it.

The public is angry because everything seems out of control. The president can't control the economy or the gusher. But he can at least take charge.