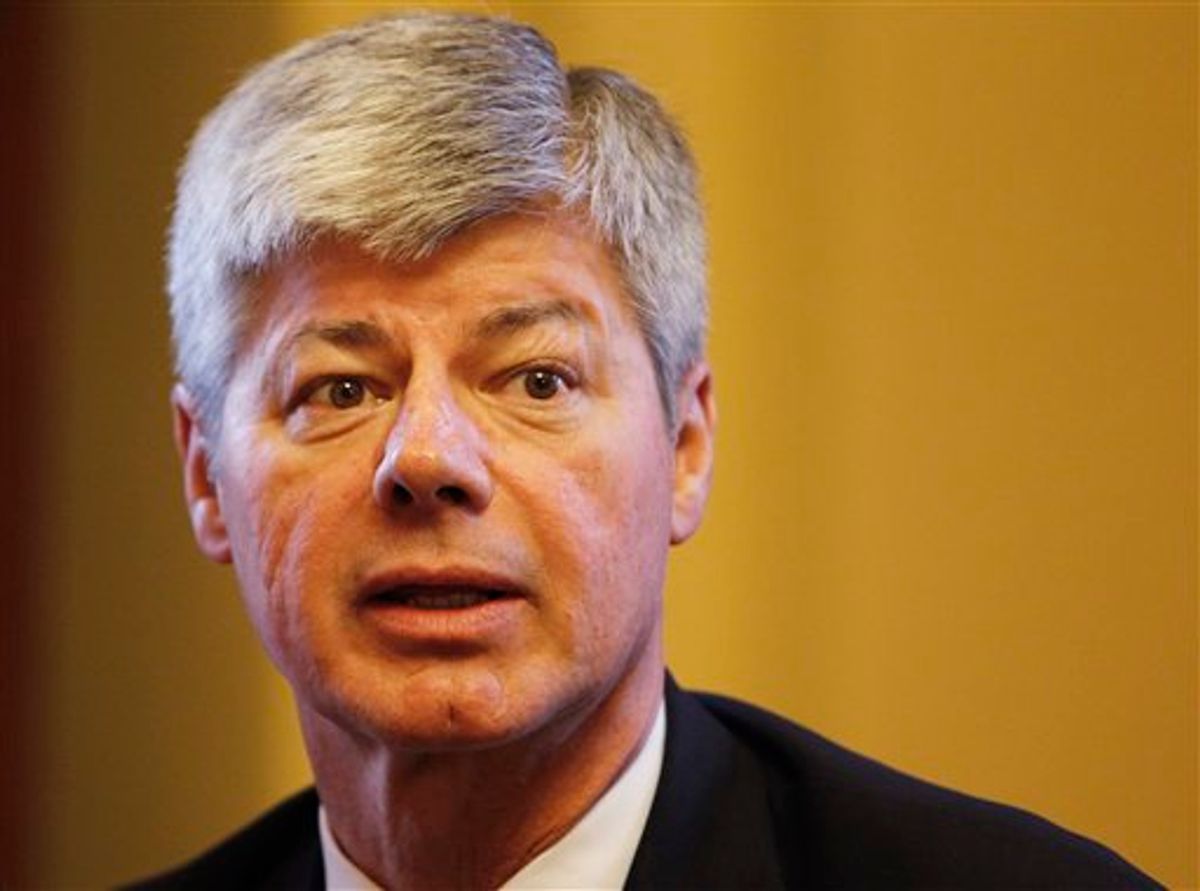 FILE - In this April 21, 2010, file photo Rep. Bart Stupak, D-Mich., is seen on Capitol Hill in Washington. Stupak heads the subcommittee on oversight and investigations. The impatient nation isn't getting answers fast enough in the Gulf of Mexico oil spill disaster. What exactly went wrong? Who messed up? How much oil is actually pouring into the Gulf? Can the oil get to Florida and even up the Atlantic coast? What will the environmental and economic consequences be? (AP Photo/Charles Dharapak, File) (AP)
--

Here's a little friendly advice for you: if your elderly father asks you to mail a violent death threat to a congressman for him, maybe consider politely declining. (Also consider sending him to a home, maybe.) Sadly, David Hesch indulged his 73-year-old father Russell, and now they're both going to jail for conspiracy to kidnap and murder Bart Stupak.

Poor Bart Stupak! I mean, I don't like him, because he's a sanctimonious anti-woman creep. But the teabaggers, they really hate him, because he... well, he made the healthcare bill significantly more conservative and then voted for it. I'm still not sure why they hate him so much, exactly, but they called his office and shouted obscenities at him until he finally decided to quit being a congressman altogether.

This Russell Hesch guy, though, did not just leave a cranky voicemail. He typed up a gruesome death threat and emailed it to his son, in Colorado, to email to Rep. Stupak.

It is, indeed, really creepy:

It adds, "You wanted to get some Washington paint for the bridge? Not to worry, I will paint the Mackinaw Bridge with the blood of you and your family members. I will not say when and with who but I will save your blood for the high towers toward the end of this project. You will live long enough to truly experience the unfortunate but definite consequences of your decision. You will watch your world slowly crumble and erode around you."

The letter was signed "The Devil Within Us."

I don't know what it is about teabaggers who threaten to kill Democrats, but they all write letters like they're villains in a bad fantasy novel. Or like they're about to finally get revenge on Captain Kirk. Just a lot of real heavy, melodramatic language.

Captain Doom and his son Kahn here were arrested last week. You can read the criminal complaint at the Detroit Free Press.