Turkey loses its genocide-denying pals in the Israel lobby 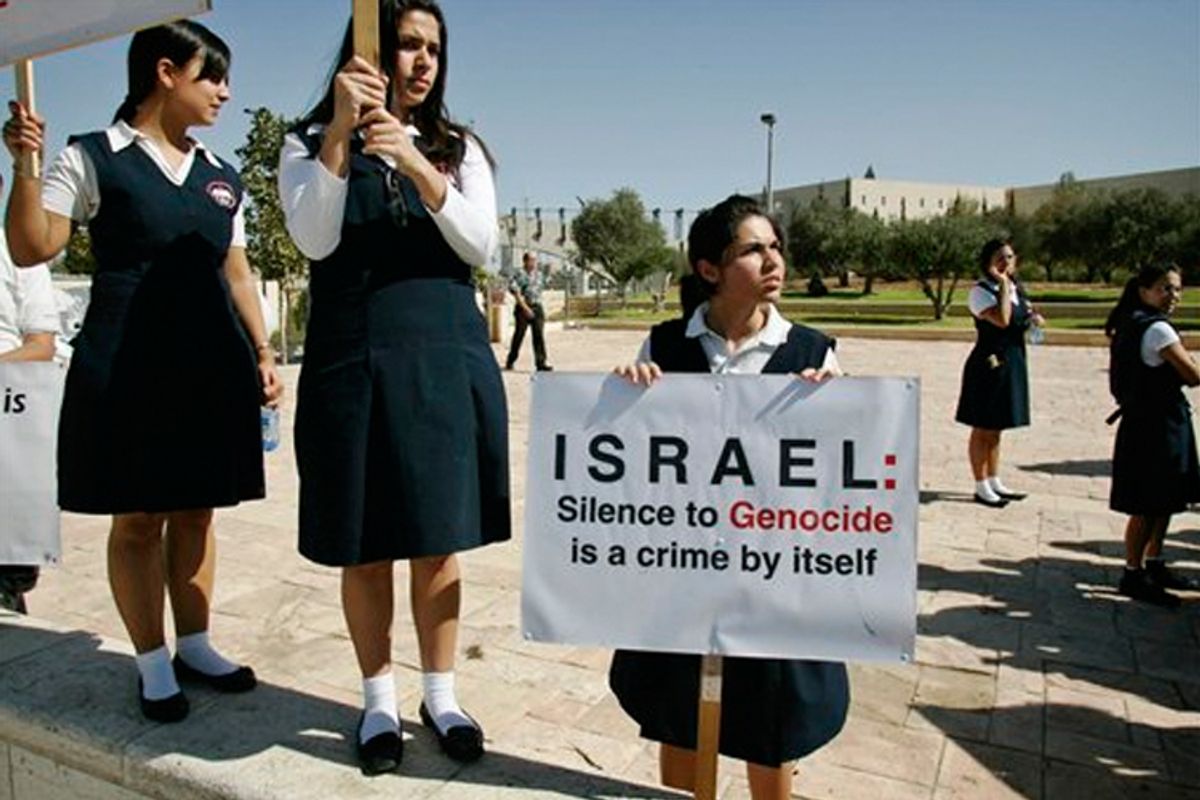 Armenian school girls hold signs as they demonstrate in front of the Israeli Foreign Ministry in Jerusalem in October, 2007.
--

Some small bit of good news has come out of flotilla attack debacle: professional representatives of the interests of the Israeli government will no longer have to effectively deny the Armenian Genocide!

According to Eli Lake, the flotilla raid marked the official end of the once-cozy relationship between the Turkish government -- which still denies the systematic slaughtering of 1.5 million Armenians in 1915 --- and the American-based Israeli interest groups that always went to bat for their strategic Turkish allies.

It was just a few short years ago that Abe Foxman's Anti-Defamation League, the American Jewish Committee, B'nai Brith International, and the Jewish Institute of National Security Affairs all joined forces to beg Congress to deny the historical fact of the Armenian Genocide. Now they are slightly embarrassed about this, because it turns out that the Turks were not willing to return the favor by allowing Israel to kill a bunch of Turkish citizens without getting the Turks getting all upset about it.

(Elsewhere, Spencer Ackerman celebrates the end of the affair with the tale of a professional Jewish PR flack openly denying the genocide at a party a couple years back.)