Bottles of anti-anxiety medicine were found empty in her home, as well as note saying she took the pills on purpose 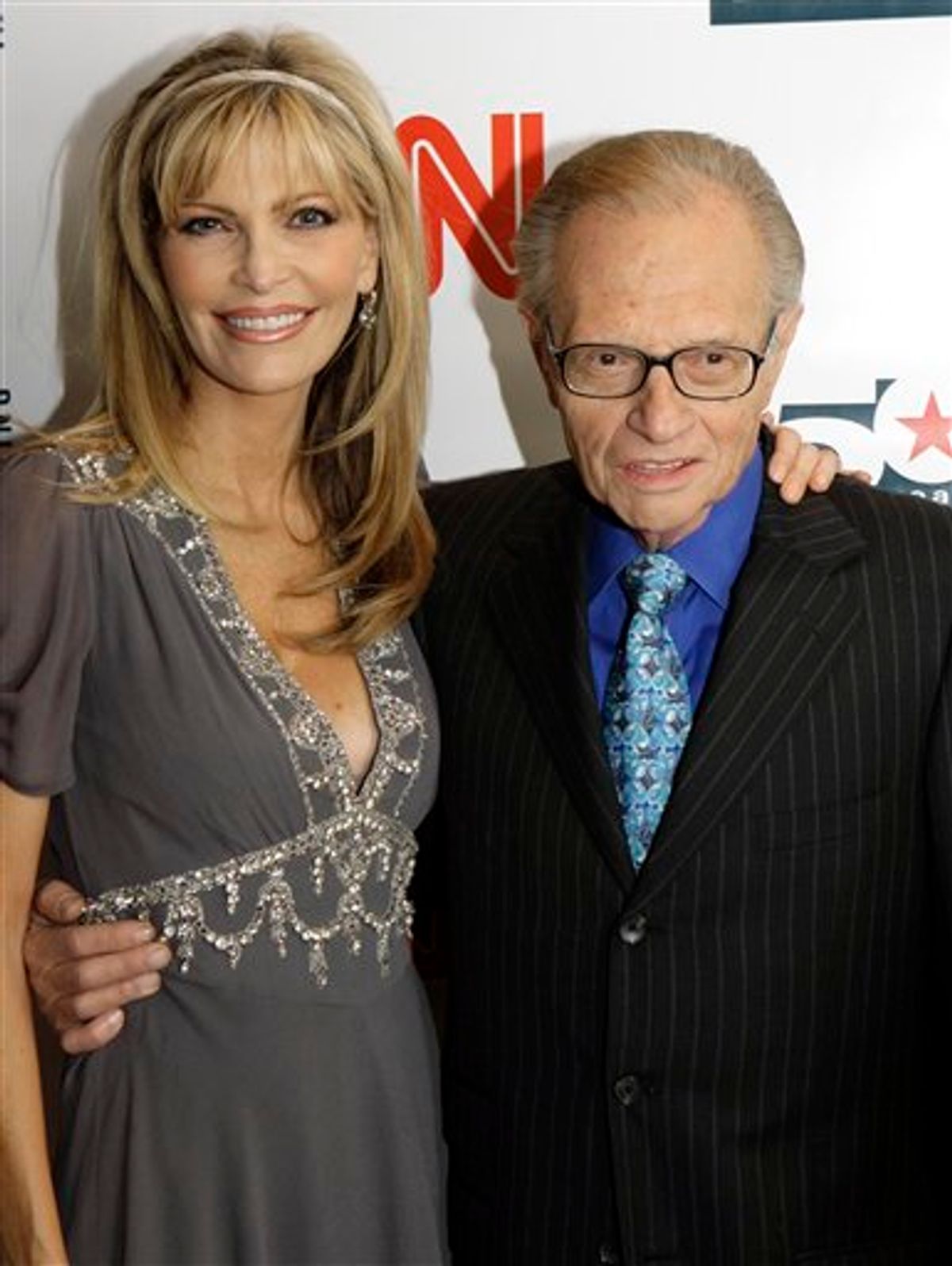 Larry King’s wife is recovering from a prescription drug overdose last month, and news is circulating that it was suicide.

AP reports that after receiving a 911 call from Shawn King’s father, emergency medical workers found empty anti-anxiety medication bottles that she had reportedly gotten filled only 10 days earlier. Police also found a note saying she had taken the pills on purpose and one saying she wanted to be buried in Utah, her home.

Shawn is Larry King’s seventh wife and soon to be ex. The couple filed for divorce in April, after 13 years of marriage.

Baseball coach Hector Penate bragged he had sex with Shawn on Entertainment Tonight and CBS, saying that he slept on Larry's bed all the time "I felt like it was my house," he said. Frat boy coach aside, rumours have also surfaced that Larry King was fooling around with his wife’s sister, according to NYDaily News.