The once (and future?) GOP presidential candidate cuts a $5,000 check to the Nevada Tea Party favorite 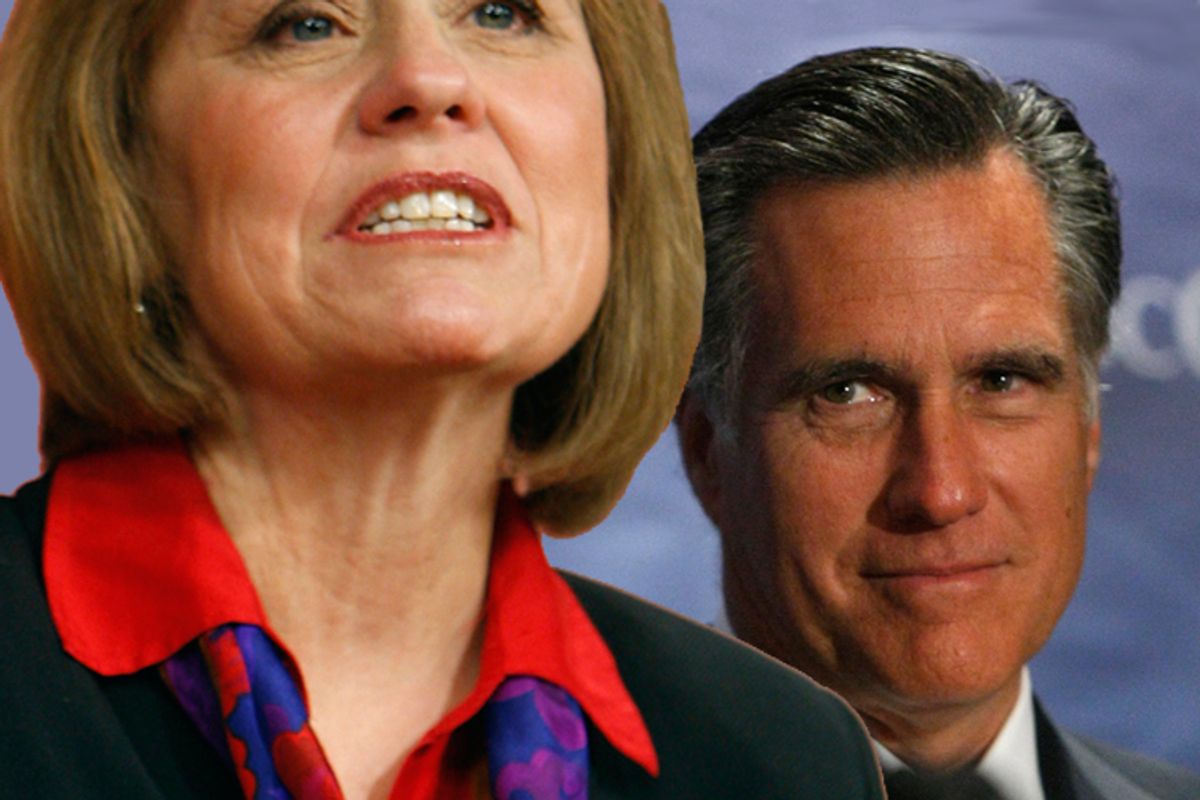 Mitt Romney knows how to pick a winner. Especially after the winner has already been picked by the voters. So sure enough, this afternoon brought news that he has taken a side in the Nevada Senate race.

Romney sent Sharron Angle, Harry Reid's new opponent (and, possibly, political savior) a $5,000 check from his PAC, the maximum donation allowed by campaign finance law. He also endorsed Brian Sandoval, after he knocked off Gov. Jim Gibbons in a GOP primary. "Instead of focusing on turning our economy around and fostering job creation and economic growth, too many of our leaders are instead focused on growing the size of government," Romney said in a statement. "That is why Nevada is fortunate to have leaders like Brian Sandoval and Sharron Angle, who will work to get our economy back on track."

With the 2012 Republican presidential primary set to start on Nov. 3, the day after the midterm elections, Romney has been busy endorsing candidates all over the country, and especially in early primary states like Nevada. Last night was a good one for one of his picks, Nikki Haley, who fell just short of winning the GOP gubernatorial nod in South Carolina and seems sure to win a runoff. But Romney hadn't gotten involved in the Nevada race up to now -- which was probably wise, since the GOP establishment backed loser Sue Lowden, and endorsing Angle before she won the nomination might have made Romney look a bit too enthusiastic about the Tea Party set.

Still, it's not exactly a profile in political courage to endorse your party's nominee against the very vulnerable sitting Senate majority leader. Romney took a similarly bold stand in the Florida Senate race a week before Gov. Charlie Crist quit the party -- and well after it was obvious that Rubio was going to wipe the floor with Crist if he stayed in. Those risk-averse political instincts, though, could help Romney win the nomination as the safe choice this time around. After John McCain in 2008, Republicans have probably had enough of self-styled mavericks.