The network wants to see its new late-night host win, even if it's a statue for his old employer 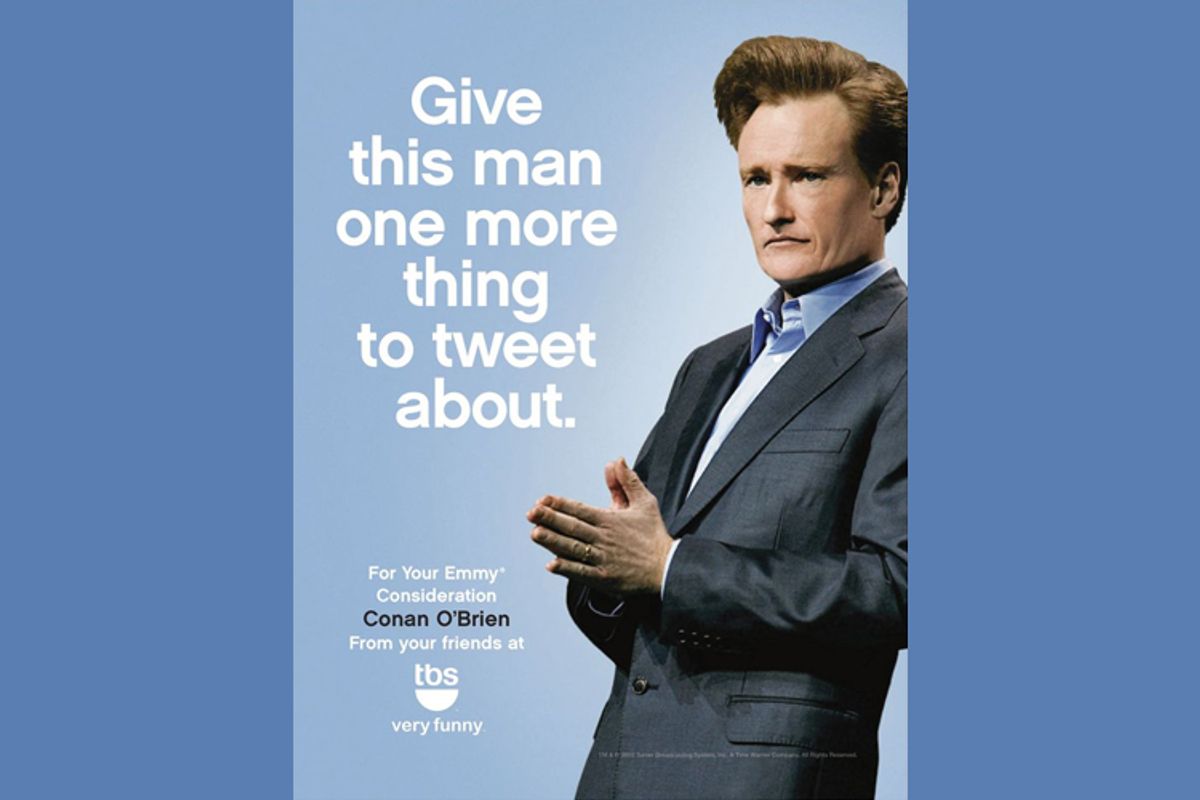 You don't usually see networks waging Emmy campaigns for the opposition. But then again, nothing to do with Conan O'Brien has been within the realm of the ordinary this year. So perhaps it stands to reason that his imminent new home, TBS, has launched a "for your consideration" campaign for the man who was oh so briefly the host of "The Tonight Show."

Suggesting the Academy "give this man one more thing to tweet about" for displaying "outstanding achievement in the use of SPF 150," Conan's "friends at TBS," where, his new show launches in November, are running two new ads in the run-up to Emmy nomination season.

Leno's 17-year stint as "Tonight Show" host garnered the show just one Emmy for outstanding comedy variety show -- and that was 15 years ago. So for O'Brien (who also has a single win) to strut into his new digs as the Emmy award winner that NBC tossed aside would be roughly the equivalent of having your ex see you on the arm of a supermodel the same day your former boss learns you just got the corner office somewhere else. In other words, sweeeeet.

Though the likelihood of a win is slim, it'll nonetheless be interesting to see how the Emmys dole out their accolades for comedy and variety after months of what can only be described as drama. The nominees will be announced July 8. And in a pleasingly poetic turn, the August 29 broadcast will be hosted by Jimmy Fallon, Conan's NBC late-night successor.