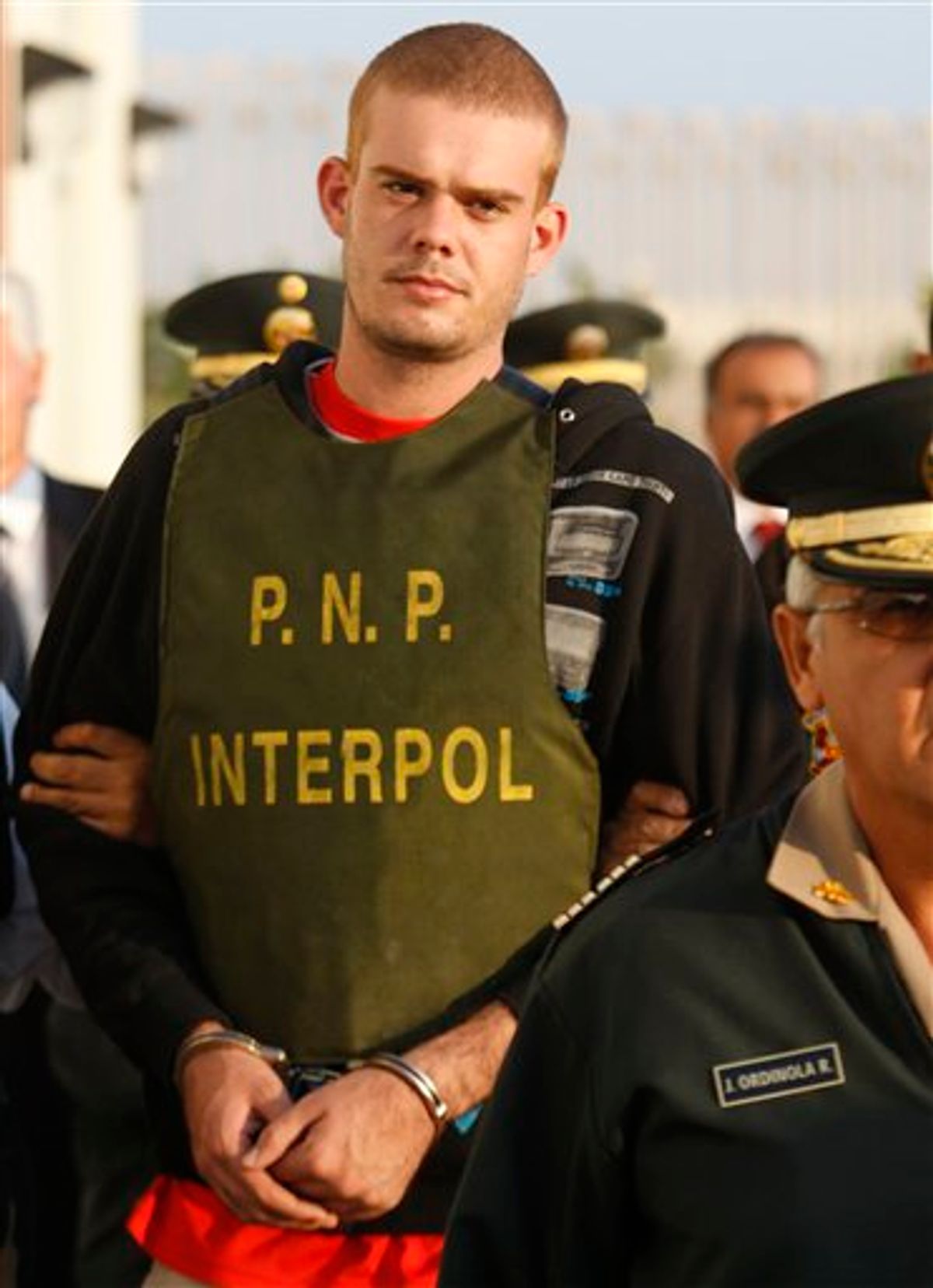 U.S. authorities paid Joran van der Sloot at least $15,000 in a sting operation and delayed arresting him because they were trying to help build a murder case against him in the 5-year-old slaying of Natalee Holloway in Aruba, two federal law enforcement officials said Wednesday.

During that delay, van der Sloot arrived in Lima, Peru, on May 14, and authorities say he has confessed to last week's killing of a 21-year-old woman in his hotel room there.

The law enforcement officials say the investigation into Holloway's unsolved murder was revived about six weeks ago when van der Sloot reached out to someone close to Holloway's mother in Alabama and requested $250,000 in exchange for disclosing the location of Holloway's body on the island of Aruba.

Aruba authorities have been frustrated in their efforts to prosecute van der Sloot because they have been unable to find her remains.

Separately, private investigator Bo Dietl said in an interview that in April, shortly after van der Sloot's father died, van der Sloot contacted an attorney for the Holloway family, John Kelly, and offered to explain how Holloway died in exchange for $250,000 from Holloway's mother.

Dietl said that at a May 10 meeting in Aruba, Kelly offered van der Sloot $25,000 up front, with the rest to be delivered once the body was found. According to Dietl, he van der Sloot received $10,000 in cash and $15,000 by wire transfer. There was no immediate explanation from government officials for the discrepancy in the amounts of money between their description and Dietl's.

"He said he pushed Natalee Holloway, her head hit a rock," Dietl said. He said the father was told the body was buried "near a construction site near their house." But the information proved to be false, said the private investigator.

"He's lied so much, we don't know," said Dietl, who has been working with Kelly on the Holloway case.

The U.S. government's payment to van der Sloot was first reported by the New York Post. Law enforcement officials spoke to The Associated Press on condition of anonymity because the murder investigation in Aruba is still under way. In Birmingham, Ala., FBI spokesman Paul Daymond and a spokeswoman for the U.S. attorney's office, Peggy Sanford, declined to comment.

Reeves reported from Birmingham, Ala. AP writers Mike Melia in San Juan, Puerto Rico, and Kendal Weaver in Montgomery, Ala., contributed to this report.