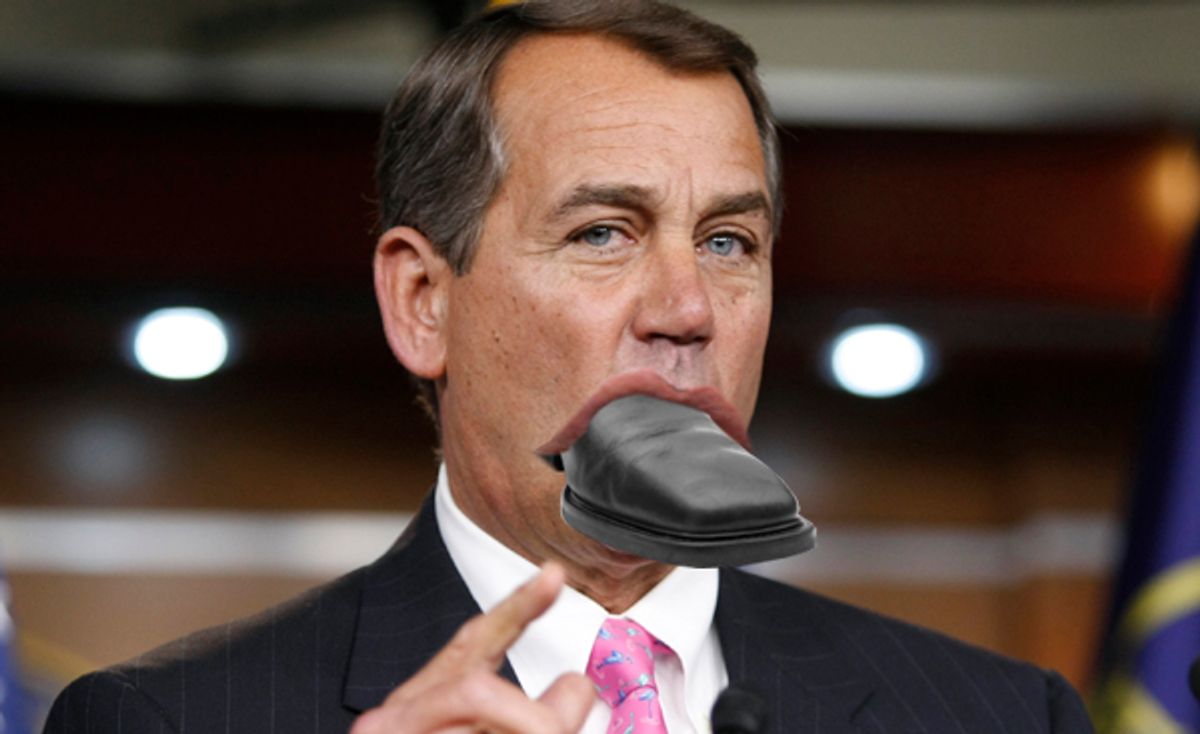 The Chamber of Commerce does not think it is fair that British Petroleum will have to pay to clean up the tens or hundreds of millions of gallons of oil that have spilled into the Gulf of Mexico because of its negligence. So they would like taxpayers to help foot the bill. And because GOP leadership basically represents the interests of the Chamber of Commerce, House Republican leader John Boehner accidentally revealed that he will probably eventually lobby for the federal government to contribute to the cost of cleaning up BP's huge mess.

Asked if he meant to suggest that the feds help pay for the Gulf cleanup, Boehner's office quickly announced that BP is "responsible for the cost of the cleanup." And he insists he has always argued that BP should bear complete responsibility for the costs.

But that was before the Chamber suggested otherwise! John Boehner would never defy the wishes of the Chamber of Commerce! The Chamber will not begin lobbying for the government to pay until the issue is less "ripe," meaning perhaps once the oil is not still killing every living thing in sight.

Meanwhile, BP now plans to set the Gulf on fire.