The Internet finally agrees on something: The unbearable lameness of deathbed shots. So why do they sell so well? 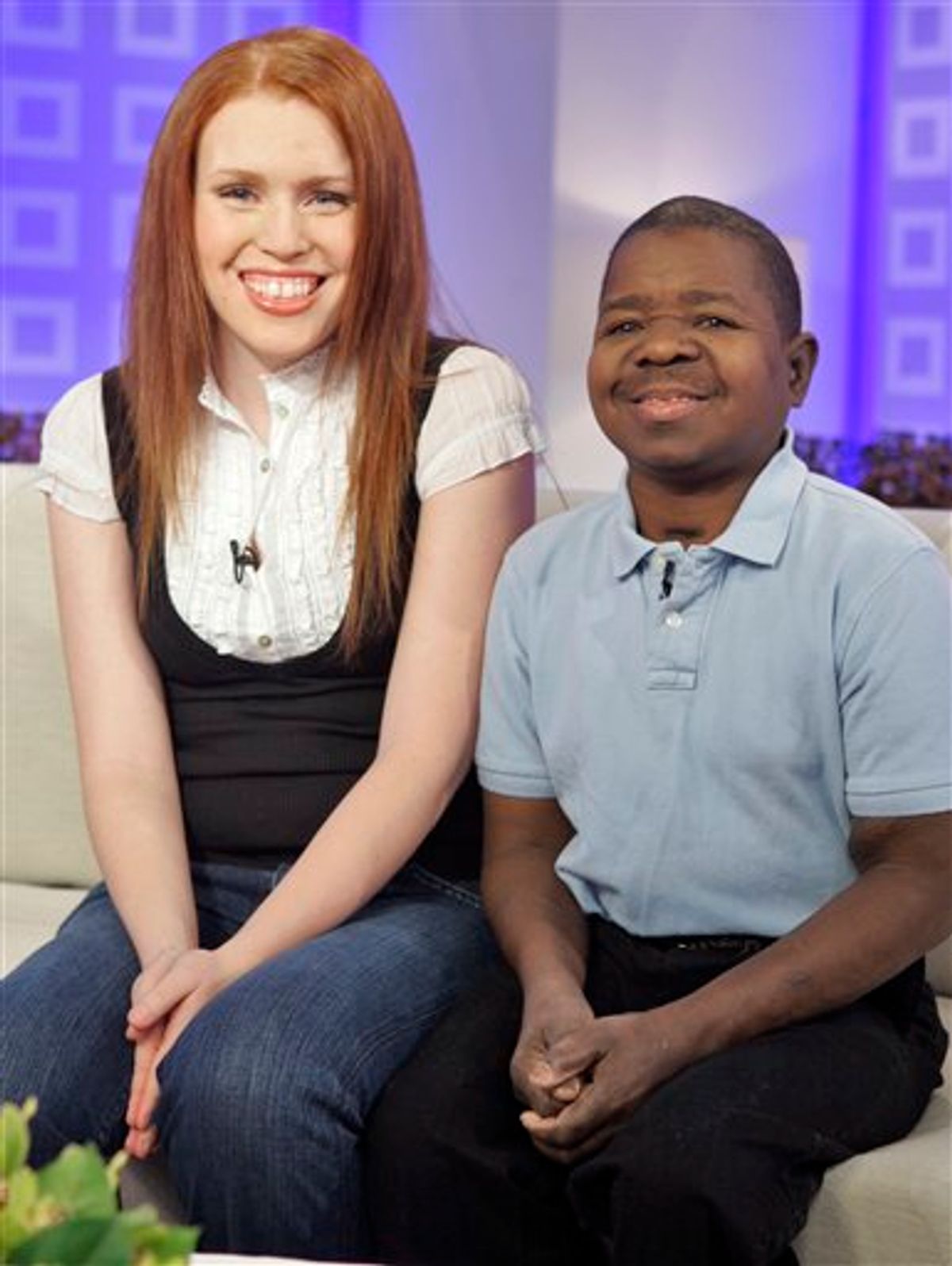 FILE - In this Feb. 26, 2008 file photo, actor Gary Coleman, best known from the television series "Diff'rent Strokes" and his wife Shannon Price, appear on the the NBC "Today" television program in New York. New details surrounding TV actor Gary Coleman's death have emerged with his attorney saying the child star of "Diff'rent Strokes" and his wife divorced in 2008, and Utah authorities releasing a tape of her frantic 911 call after he struck his head in a fall. (AP Photo/Richard Drew, File) (AP)
--

It's a rare day when the cantankerous, divisive Internet community agrees on anything. But if there's one sentiment running unopposed today, it's that photo bombing your ex-husband in his dying moments and allegedly selling the image to the tabloids is about as douchey as it gets.

When the photo of late actor Gary Coleman, bandaged and surrounded in tubes while his ex-wife Shannon Price leans in like she's posing for her Facebook profile pic, landed on the cover of Wednesday's Globe, the online reaction was swift and almost unanimously disgusted. Even before the photo appeared, Coleman's "Diff'rent Strokes" costar Todd Bridges summed it up by tweeting, "I hope someone burns in hell for this one."

Though Coleman and Price divorced two years ago, they were living together in Utah when he suffered a head injury and died last month. The Globe's parent company American Media confirmed that it paid for the photo, which ran beneath the screaming headline "IT WAS MURDER," but did not disclose the identity of the seller or the amount paid. But while Price neither confirmed nor denied selling the photo, her publicist (yes, she has a publicist) issued a statement Monday that "Gary's only wishes were to make sure that Shannon would be OK after he was gone." And from the angle and range of the picture, it's certainly a fair possibility that Price herself was the one who took the shot.

Mercenary motives aside, the deathbed and postmortem photograph are not without precedent. In the Victorian era, it was fairly commonplace for families to photograph deceased loved ones – and even pose with them – to create a final memento. More recently, photographer Walter Schels and the journalist Beate Lakotta have explored mortality with images of hospice patients immediately before and after death.  Ghoulish as it may seem, the urge to capture one last moment before a person slips away forever is also human and forgivable. Life is fleeting, but a picture is forever.

So maybe Price, in a moment of impulsive grief, wanted one final image of herself beside the man she once married. The inscrutable expression on her face leaves her state of mind at the time anybody's guess. And given that Price is currently embroiled in a legal battle over Coleman's will, she may well be hard up for the reported $10,000 the Globe paid for the image. But anyone with a soul would still probably have to agree with Coleman's mother, who on Monday called the Globe cover "extremely disrespectful." (That's why, by the way, we've chosen not to link to it.) And despite the few online commenters whose sentiments ran with the CNN poster who said, "If someone's there to make a buck, big deal," the overwhelming tide of opinion has been summed up with words like "despicable," "vile" and "about as low as it gets."

And yet, the Globe surely would not have coughed up a few grand for that photograph if its editors weren't confident it would sell papers. So in all the condemnation of Shannon Price for apparently selling a photo and the Globe for buying it, why is there so little similar accountability asked of the audience ultimately picking it up at the supermarket checkout? Is it because, unlike the death peddlers, we just can't help ourselves?

A generation ago, the National Enquirer did bang-up business publishing postmortem photos of Elvis Presley and John Lennon. Last year, a Thai tabloid published a shot of David Carradine's corpse hanging in a Bangkok hotel closet. And images of Michael Jackson's final ride to the hospital were inescapable when he died last June. The fascination with death doesn't just apply to immediate family members. The yearning to understand it, to view it from a safe distance, seems embedded in our nature. And the contrast between someone we knew as young and famous and the frail figure in a bed or a casket holds a grim allure. It serves as a stark reminder of our own fragile existence.

But that curiosity is no tribute to our higher nature, it doesn't mean disregarding the intimacy of an individual's final moments, and it sure as hell doesn't trump compassion or respect. Whether we're family members or a curious public, the morbid pull of death can be irresistible. But it turns out that a sad image of a faded television star shortly before his ex-wife would take him off life support doesn't just say that our obsession with mortality is understandable -- it proves that  putting a price tag on it is inexcusable.