Van der Sloot case: Could that have been me? 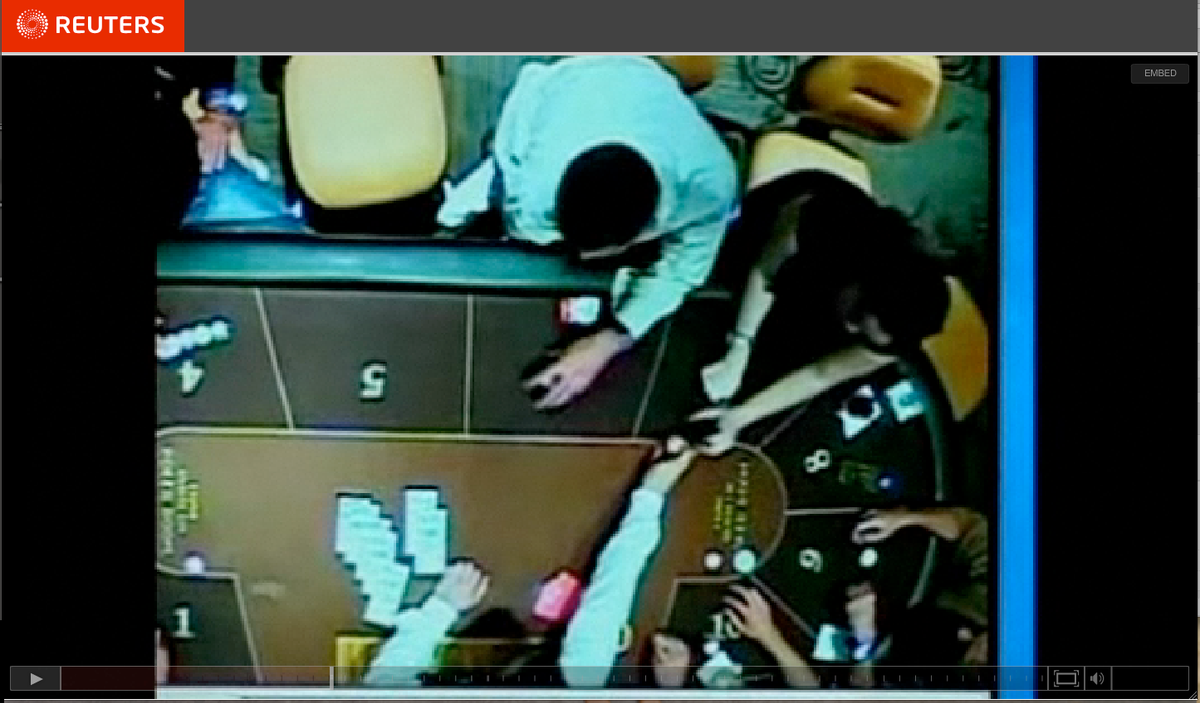 Newly released casino security camera footage shows 21-year-old Stephany Flores strolling up to a poker table, introducing herself with a quick shake of the hand and sitting in an empty chair next to accused murderer Joran Van der Sloot. They play, they chat and, ultimately, they slide their chairs back from the table and amble out of the casino together. Previously released footage shows what happened soon after: They walk through the lobby of his hotel and head straight for the 22-year-old's room.

We don't know what the pair actually talked about or why they decided to leave together (according to some reports, Flores was a lesbian) -- but it's easy to project personal experience onto these silent scenes. They seem emblematic of life in your 20s: A chance meeting with a stranger, the small talk and flirtation that ensues, and then the decision to go somewhere a little more comfortable, private. So many of us have been there -- only Flores ended up dead.

I watch these videos and think: Could that have been me? I try to imagine the security camera footage of my teens and early 20s. There I am, on vacation in Hawaii at age 15, leaving a brightly-lit hotel lobby for the dark of night with a boy that, even then, I suspected to be many years older than his claimed 15. Off-camera, on a shadowy deserted span of beach, he introduces me to a couple of firsts: Rum, vomiting from too much rum, making out and, when he tries to push things too far, an awareness of my own vulnerability. Things turned out fine -- but they so easily could have not. The same could be said for all those ill-advised (and aptly named) Kamikaze shots and drunken walks home alone -- and, once or twice, with a stranger -- late at night.

Young women are supposed to avoid putting themselves in these situations, we are always to be on-guard and see predators lurking behind every corner. After so many uneventful walks home with your keys laced between your fingers, though, it's easy to let your guard down. Maybe the world isn't such a threatening and unfriendly place, after all. Then another story breaks of a young woman being raped or killed after boozing, going home with a guy, or just being a young woman, and again we wonder: Could that have been me? The media is often quick to answer "yes."

Yahoo's online women's magazine, Shine, offered up a list if ways to protect yourself from murderous men while traveling. It includes: "Do not get into a car, go on a walk, go back to a house or hotel room alone with a man." Be safe, trust no one! This might all sound "persnickety or over the top," writes Jessica Ashley, "but I am very sure that Stefany Flores' and Natalee Holloway's mothers would say that they would much rather have had their daughters be overly cautious and alive today rather than lost to the night with one man." In fact, why not just skip the vacation altogether and put that money toward building your own personal panic room. Might sound extreme, but -- tsk, tsk -- better safe than sorry, girls.

This rule-making and advice-giving allows us to distance ourselves from the victims of senseless crimes. It might be a reasonably healthy mind game for us to play -- happiness requires some degree of self-delusion, right? -- but it easily veers into victim-blaming territory. "I can't help but wonder if Stephany Flores's parents have been racking their brains wondering why their daughter would exhibit such low standards by entering a hotel room at 5 a.m. (or any time, for that matter) with a man she just met at a casino (or anywhere, for that matter)," writes blogger Jillita Horton. "Did we not teach her self-respect, self-restraint and morals, they might be wondering." That's right, the preposterous thing about this case is that a girl went home with a stranger -- not that that stranger allegedly bludgeoned her to death. Horton adds: "Despite this tragic news, women the world over will continue going into hotel rooms with men they just met ... a decision that is never intelligent, never rational, never moral." Chastising murder victims, though? Totally kosher.

It's no secret that the media seizes on and exploits our fears, and it isn't just the murder of young women. From kidnappings to shark attacks, anomalous events are turned into teachable, instructive moments. It's smart to take some precautions, of course, but so many of these worst-case scenarios that make global headlines are not practically preventable, at least not without living in total paralysis -- and even still! There are no guarantees in life, aside from death -- and that's a fact that can be either depressing or freeing, you get to choose.