In response to being labeled "evil" by President Bush, Iran released a vicious Afghan insurgent leader 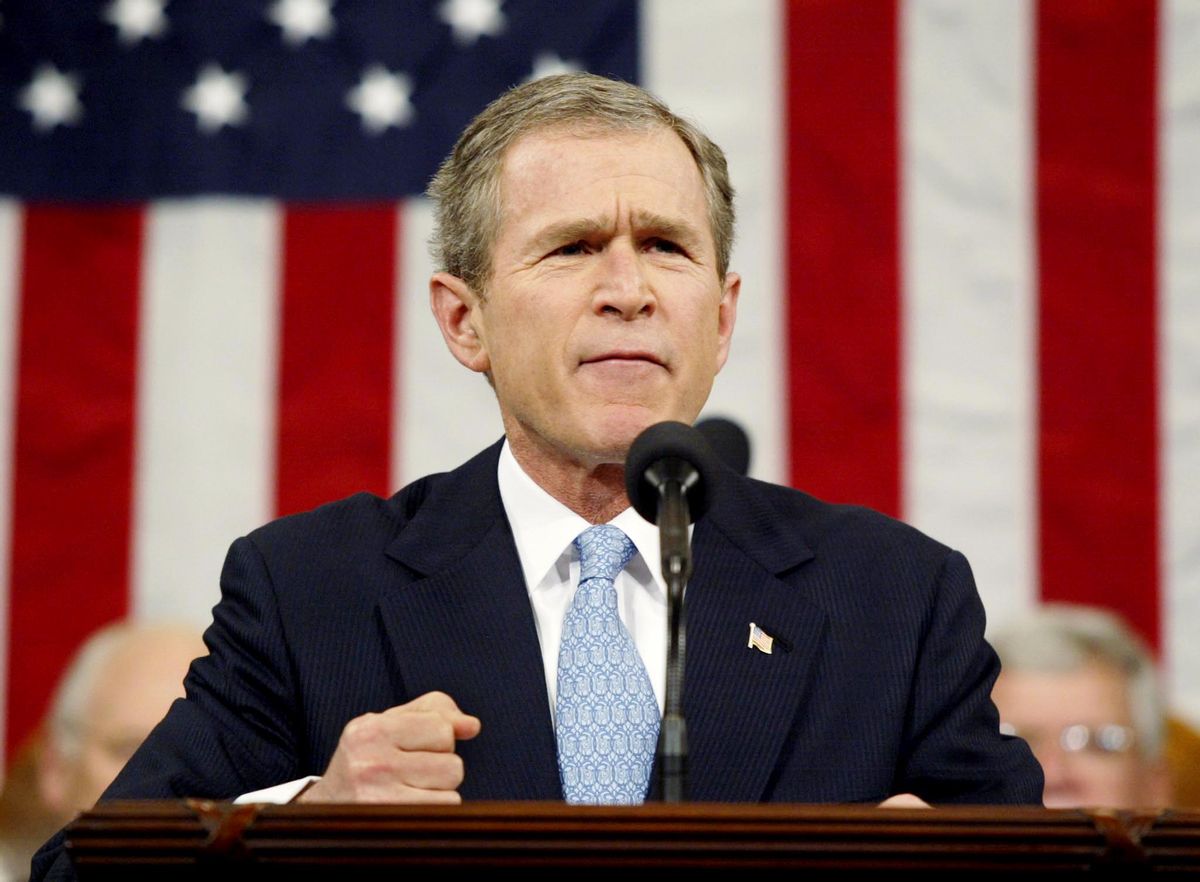 U.S. President George W. Bush addresses a Joint Session of Congress at the Capitol Building in Washington January 29, 2002. President Bush warned on Tuesday in his first State of the Union speech that America's war on terrorism is just starting with tens of thousands of trained followers of Osama bin Laden believed spread around the world as "ticking time bombs.REUTERS/Luke Frazza/Pool HK/JP (Reuters)
--

Remember how President Bush was so excited to be a war president that he decided to put all the countries he didn't like into an "Axis," like World War II, except the three countries he named had not actually formed an alliance bent on conquering the world, and in fact two of the nations involved didn't even like each other at all?

In his 2002 State of the Union, Bush called Iran, North Korea and Iraq the "Axis of Evil." Then, for some reason, Iran got upset! According to Spencer Ackerman's account of a talk by former ambassador Ryan Crocker, Iran was upset enough to release an Afghanistan insurgent leader they had been holding back to Afghanistan:

I was in Kabul at the time of the ‘Axis of Evil’ [speech] and I can tell you it was a very interesting meeting in [U.N. official] Lakhdar Brahimi’s office after that with my Iranian counterpart.

It did not end the channel. But it certainly changed the tone. And the key Iranian response to the ‘Axis of Evil’ was to send Gulbuddin Hekmatyar back into Afghanistan. We had been talking to the Iranians up to that point about the possibility of Hekmatyar, who was under house arrest, being transferred to the Karzai government.

Hekmatyar's "Hezb-e-Islami organization went on to kill numerous U.S. troops and Afghan civilians." All thanks to David Frum!

It turns out that pointless rhetorical bellicosity is not necessarily great for international diplomacy.