In memos released today, the Supreme Court nominee supported a landlord's refusal to rent to an unwed couple 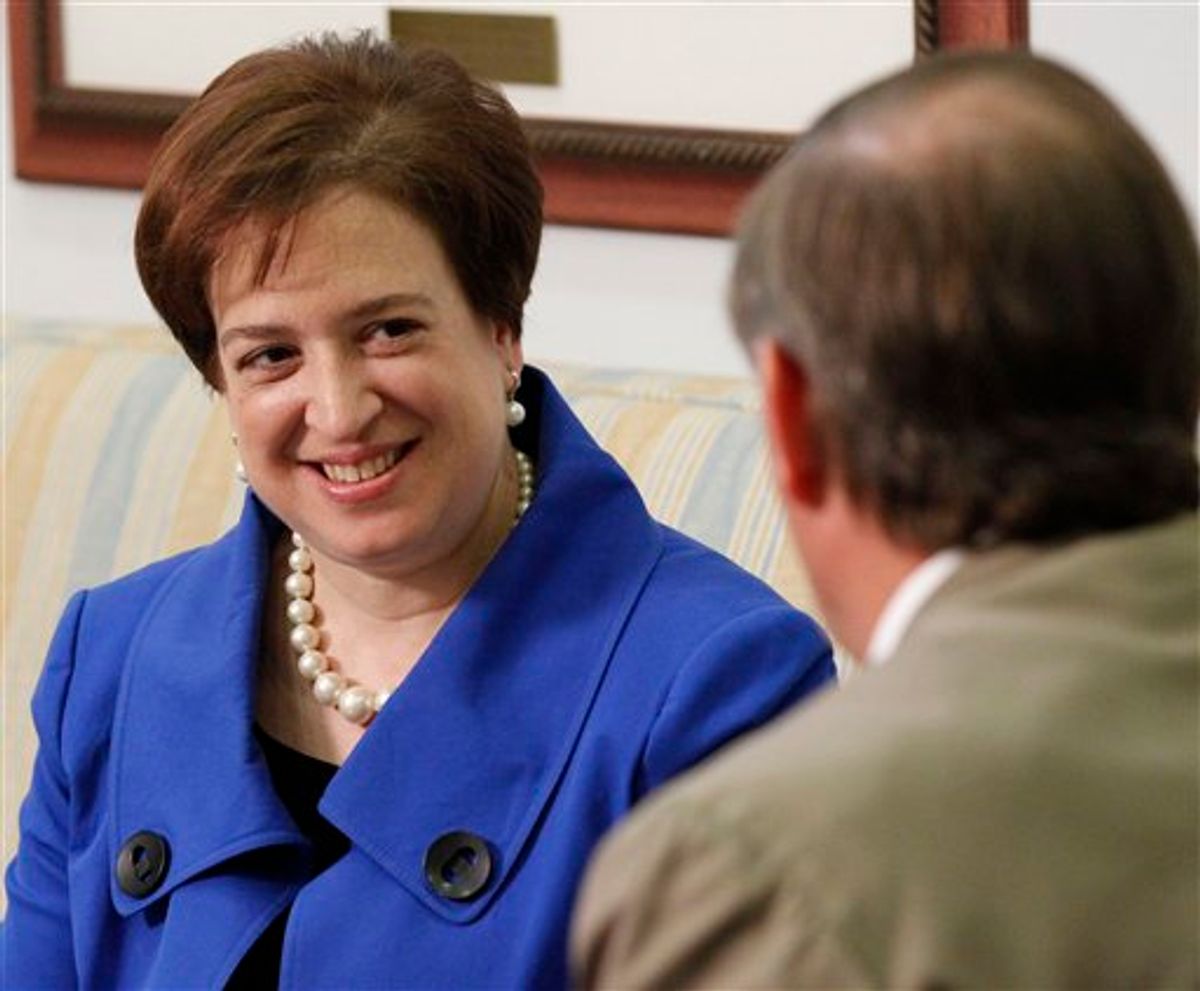 Should a landlord be able to refuse to rent to an unwed couple based on a religious objection to cohabitation before marriage? When Supreme Court nominee Elena Kagan was asked that question in 1996, she answered yes. As a White House lawyer, she argued that it was "quite outrageous" for the government to force a California landlady to take on tenants she believed to be living in sin -- anti-discrimination laws be damned. This news arrives thanks to a batch of documents the Associated Press obtained and made public Friday. (Interestingly enough, the AP reports that the William J. Clinton Presidential Library withheld memos Kagan wrote defending Clinton in the Paula Jones sexual harassment suit from today's document dump.)

Given Kagan's politics, and allegations that she's gay, her defense of discrimination against non-traditional couples living together is a bit surprising. If it's OK to discriminate against an unwed straight couple on religious grounds, what about an unwed gay couple -- or even a wed gay couple? The naively optimistic view here is that, while this generous interpretation of religious freedom doesn't please me any, it will pacify those who fear that her sexuality will influence her judgments. (Pessimistically, I fear there is no pacifying them.)

In truth, it's a bit more complicated than all that. Kagan specifically objected to to the court's determination that being forced to rent to the sinful couple did not "substantially burden" the landlord's religion "because she could earn a living in some other way than by leasing apartments." She objected to this principle, saying that it was "almost as if a court were to hold that a state law does not impose a substantial burden on religion because the complainant is free to move to another state."

Ultimately, it's impossible to say what this memo actually tells us about Kagan, if anything. The New York Times points out: "As a White House lawyer, Ms. Kagan provided advice to a president with his own political agenda, so her analyses may not have reflected her personal views."