Why did Alvin Greene win in South Carolina?

It might have been ballot order, but probably wasn't race 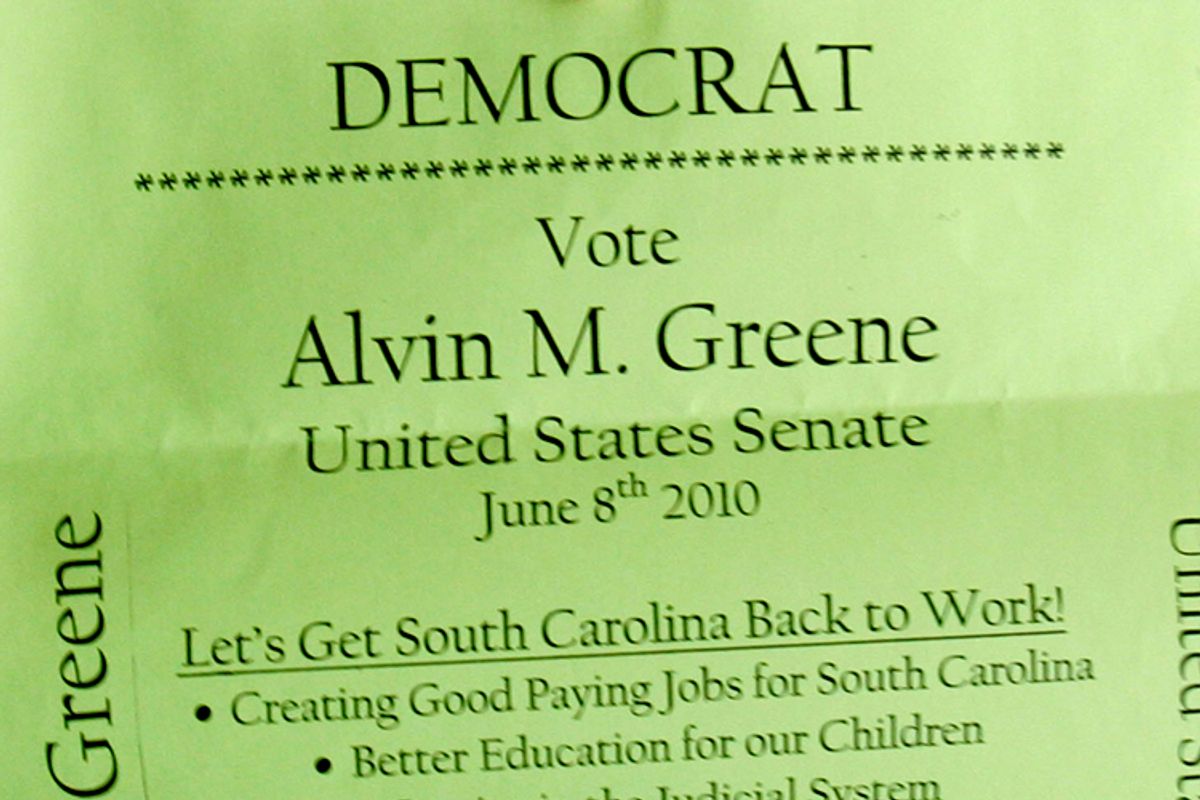 I'm interested in exploring the SC Dem Party Chair’s claim that the winner’s ballot placement was responsible for Tuesday’s outcome. I know of some research that supports that claim (Brockman 2003; Koppell & Steen 2004 -- gated pdfs), but I haven’t seen anything that could support Ms. Fowler's claim that ballot position resulted in Mr. Green's double digit victory. Even in an extremely low information election, the research I've seen shows no more than a low single digit effect.

Here's a little background on Greene, and here's another piece by Kosuke Imai and Daniel Ho on ballot order, which finds similar effects (1-3 points) in primary elections.

All I have to go on here is some guesswork, but it seems plausible to me that ballot order could be an important factor here. This was a very low information race, it would seem. Greene’s opponent, Vic Rawl, only raised $186,000 for his campaign, which isn’t much money for a statewide race. The low salience of the race is also evident in the roll-off: 169,542 voted in this race, versus 188,576 in the Democratic primary for governor.

And I'm not sure that the potential ballot order effect is implausibly large. Assume for the moment that voters were essentially choosing at random between the candidates. That would imply a 50-50 outcome. The actual outcome was 58-41, which only implies that 8-9 percent of voters were influenced by ballot margin.

Another question is whether there was any information on the ballot that might have cued voters to choose Greene over Rawl. I wondered whether S.C. voters might have inferred the candidates' racial background from the names of the candidates. I looked to see whether there was any relationship between Greene's percent of the vote in each county (data here) and the percent black in that county from the 2000 Census (data here).

There is a modest positive relationship, although it is not statistically significant. Ecological inference problems make this analysis suggestive at best: Analyzing at the county level can't actually tell us for sure how individuals are voting. But still, I don't see much happening here.

Other theories welcome in the comments, and see also Tom Schaller's post at 538.