For too many, the homeland now means only embarrassment and unease. Here's what it can learn from American Jews 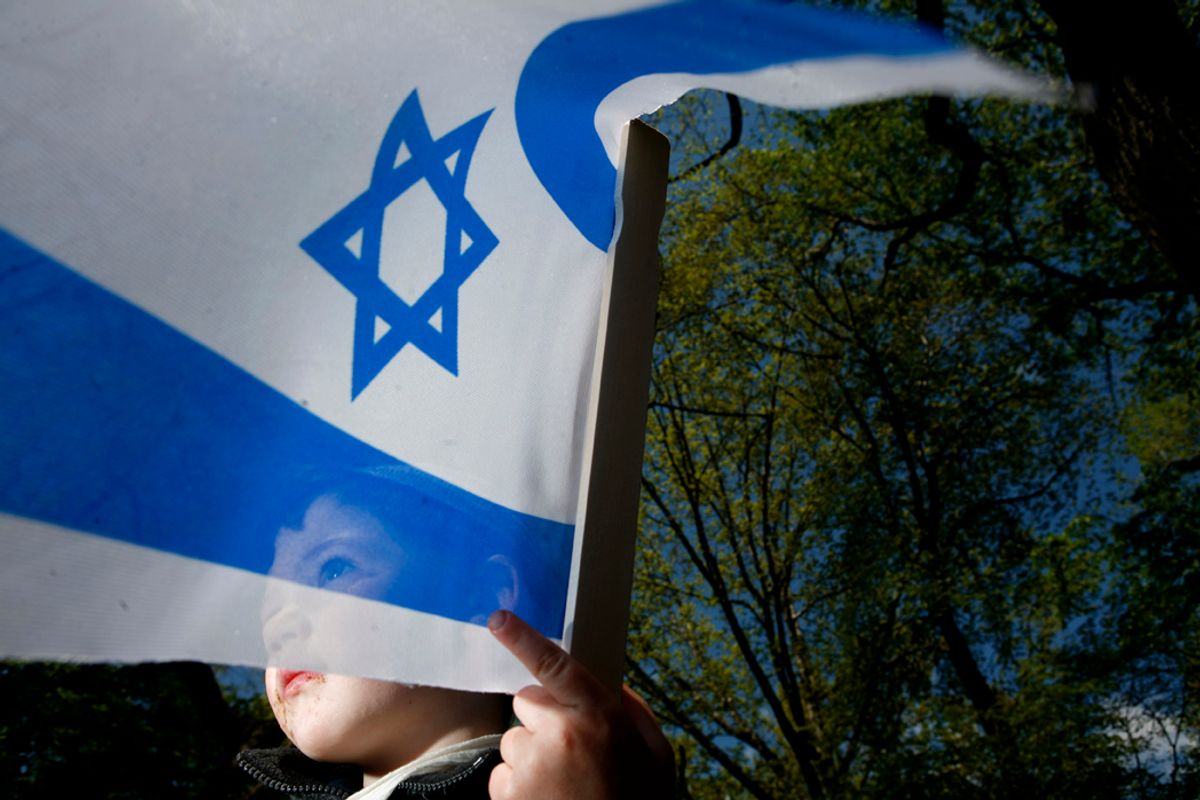 A hundred years ago, when Zionism was just an idea, its founders believed a Jewish state would liberate not just its citizens but Jews everywhere, the Diaspora dwellers who live, a half-plus century after the Holocaust, mostly in America.

This would happen in two ways: First, with the existence of a Jewish homeland, the presence of the Jew on Orchard Street would seem less an unexplainable whim of history than a matter of preference: I choose America. With this choice, all the old charges of dual loyalty -- the Jew will always honor his people above his state -- would fade. A Jew living in New York would be no more sinister than an Irishman living in Boston, or a Pole living in Chicago. (The fact that the same man coined both the phrase "the melting pot,"  for the U.S., and "a land without a people for a people without a land," for Palestine, is no accident.)

What's more, in filling out all ranks of a national society, the citizens of Israel would show that the image of the Jew, as bankers and professors and such, that is, as anything but manly men, was a lie. As Golda Meir (or someone just like her) said, "We will know Israel is a success when we have Jewish cops chasing Jewish criminals." A Jewish state would make being a Jew ordinary, in other words, even boring. No longer the object of conspiracy theories and millennial fantasies, the Jews would become regular, beat-walking, ordinary Joes, thus set free.

So I ask you Jews of the new world, at your keyboards, at your espresso makers, at your play-stations: Do you feel that the Jewish state has set you free?

When I was a kid, and this was the day before yesterday, I did indeed feel liberated by Israel. Because I grew up with the regularly repeated lesson of the Holocaust, because my father, whenever faced with a particularly brutal enemy, would say, "It's 1939, and this bastard is killing Jews," because I burned with anger and shame whenever they showed, on PBS or during awareness week in school, footage of the Jews in the camps, striped or stripped, emaciated, hollow, because in my town the Jew was either the victim in need of saving, the nebbish in need of schooling, or the white-collar finagler in need of catching.

Israel was the antidote to all this -- the way out. It offered another sort of Jew, a Hebrew different than Dr. Lippman, who misdiagnosed my hernia. Here is the Jew of the '30s, in the ghettos and camps, running and hiding, going in the front gate and coming out the chimney. And here is the Jew of the '60s, the high-flying, death-dealing, war-winning supersonic jet pilot, the Jew as imagined by Tom Wolfe, painted in Day-Glo, beside the silver fuselage.

I remember being in Israel when I was a kid, with a friend, in a crowd of kids, when three young men wandered in from the square, thin-hipped and handsome in military dress. On their shoulders, fixed with pins, were berets, sky blue, like the blue of the sea that waited at the end of every street. Sunglasses too, mirrored, the kind worn by the cop in South Carolina who pulled me over for speeding, then, studying my license, said, "Ko-Heen? What kind of a name is KO-heeen?"

"Who are those guys?" I asked.

All of which makes the recent turn of events especially painful for American Jews -- well, for those of us who look and see, as opposed to those of us who look and look. The flotilla mishap is just the latest in a series of events that, each by itself, might seem defensible, even correct, and I think they have been defensible and have been correct, but together add up to a sense of dread, a feeling that Israel went off track back there in the '70s, when they let the nuts build biblical fantasy camps out on the West Bank. And when you're on the wrong track, you can follow correct decision with correct decision and still end up in the weeds.

These days, many of the kids I grew up with see Israel less as a liberator than as an anchor that keeps them from swimming clear of the wreckage of the past. It keeps the story in the news, and keeps them in the story. My friends feel about Israel the way Jimmy Carter felt about his brother Billy (remember Billy Carter?). I mean, what the hell is this guy going to do next? In the end, most people go through life wanting little more than to not be hurt, not be embarrassed and not lose status, and, for American Jews, the deep fear is that Israel can cause them to suffer a loss of all these things: pain, pride, rank.

To my mind, what has happened to Israel, the corner it finds itself in, the wall it has stood itself against, was as predictable as the katzenjammer that follows the drunk. (The drunk being the euphoria that swept the Jewish world after the Six Day War.) We celebrated too much, took it all too personally. We decided, stupidly, that history had changed, and the world had ended, when, of course, the great lesson of the Jewish past is not that the world will end but that the world will not end, or that you will have to find a way to go on even if the world does end.

It's terrible to watch your heroes painted as villains, and their friends and supporters fall away like the cowards in that old movie when word comes that the three gunmen, those bastards Gary Cooper sent to prison, are back in town. It's terrible but it's also an opportunity. In my life, the Jews of America have been saved by Israel (from a fear of history, from the dread of the camps). It's now time for American Jews to save the Israelis, a country in bad need of new ideas and new energy, all of which can come from America.

What can we teach the Israelis?

Well, here is one thing: that yes, the world is full of hypocrites, that yes, there is a double standard, but that is the nature of the game, the condition of the field. It's not fair, never has been, never will be. This means we have to be careful, double-check, look both ways, be absolutely certain. Don't be goaded into stupid fights. Don't punch the tar baby. And complaining about the field? It doesn't help, and it isn't cool. Why did David Ben-Gurion know this and why did Benjamin Netanyahu forget? Because Ben-Gurion was a Polish-born Diaspora Jew who understood the world and what it's like and Netanyahu is an Israeli-born Israeli who lives in a state where the Jews are the majority. Like the grandson of the rich man, he thinks the money will always be there because it always has been.

Those of us still out in the weather, where Jews remain a sliver of a sliver, need to remind him.

When it comes to specifics, I suggest a two-step, a double move. Keep the blockade, but make it more traditional, with every Gaza-bound ship stopped, boarded and inspected, and a foreign observer present as a witness. That's Step 1. Step 2, the big one: Israel should unilaterally draw its eastern border, the lack of which has been the cause of much confusion, much trouble. It should follow the green line with adjustment -- because that border was itself the product of the 1948 war, thus provisional; because that border, which left Israel less than seven miles wide at its narrow point, not only endangered the country in the event of war, but actually provoked conflict. (The target was too tempting; Israelis called it the Auschwitz border.) In return for any land taken, Israel should swap its own land east of Gaza, thickening that pinched house of pain. This much has been discussed, even agreed on. Here's where I diverge: Since the withdrawal from Gaza resulted in rockets on Sderot and since any withdrawal from the West Bank would surely result in rockets on Tel Aviv, Israel should pull out its settlements and settlers but leave its bases and soldiers. In other words, return the region to the status quo that existed an hour after the cease-fire that ended the Six Day War, when it seemed, for a moment, the conflict would finally be resolved.

In the meantime, the IDF would hold the territory in trust for the Palestinian government that will rise to govern it in a sane and sensible way. In this way, Israel can circle back to the place where the high road was lost. Israel is worth fighting for, the territories are not.

Rich Cohen is the author of "Israel Is Real," which will be published in paperback by Picador this month.