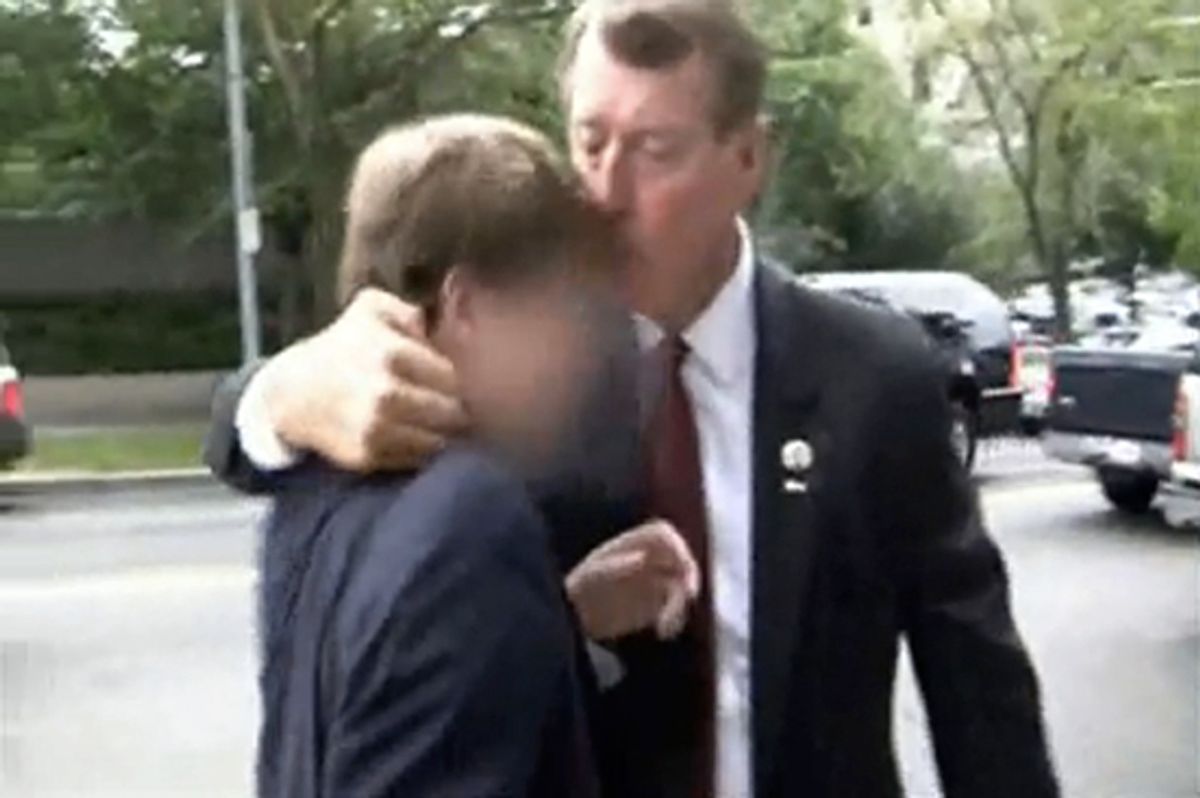 Rep. Bob Etheridge just released the following statement through his office about the YouTube video that went viral earlier this morning:

“I have seen the video posted on several blogs. I deeply and profoundly regret my reaction and I apologize to all involved. Throughout my many years of service to the people of North Carolina, I have always tried to treat people from all viewpoints with respect. No matter how intrusive and partisan our politics can become, this does not justify a poor response. I have and I will always work to promote a civil public discourse.”

Update: Etheridge just held a news conference in North Carolina. He said he would apologize to the two young men personally, but he doesn't know who they are. When asked if he felt physically threatened, he said, "I've been spat at, pushed on and threatened before and that's no excuse for my actions."