Can the U.S. buy the World Cup?

Americans bought more tickets and paid more for TV rights. Should that give them more control over the game? 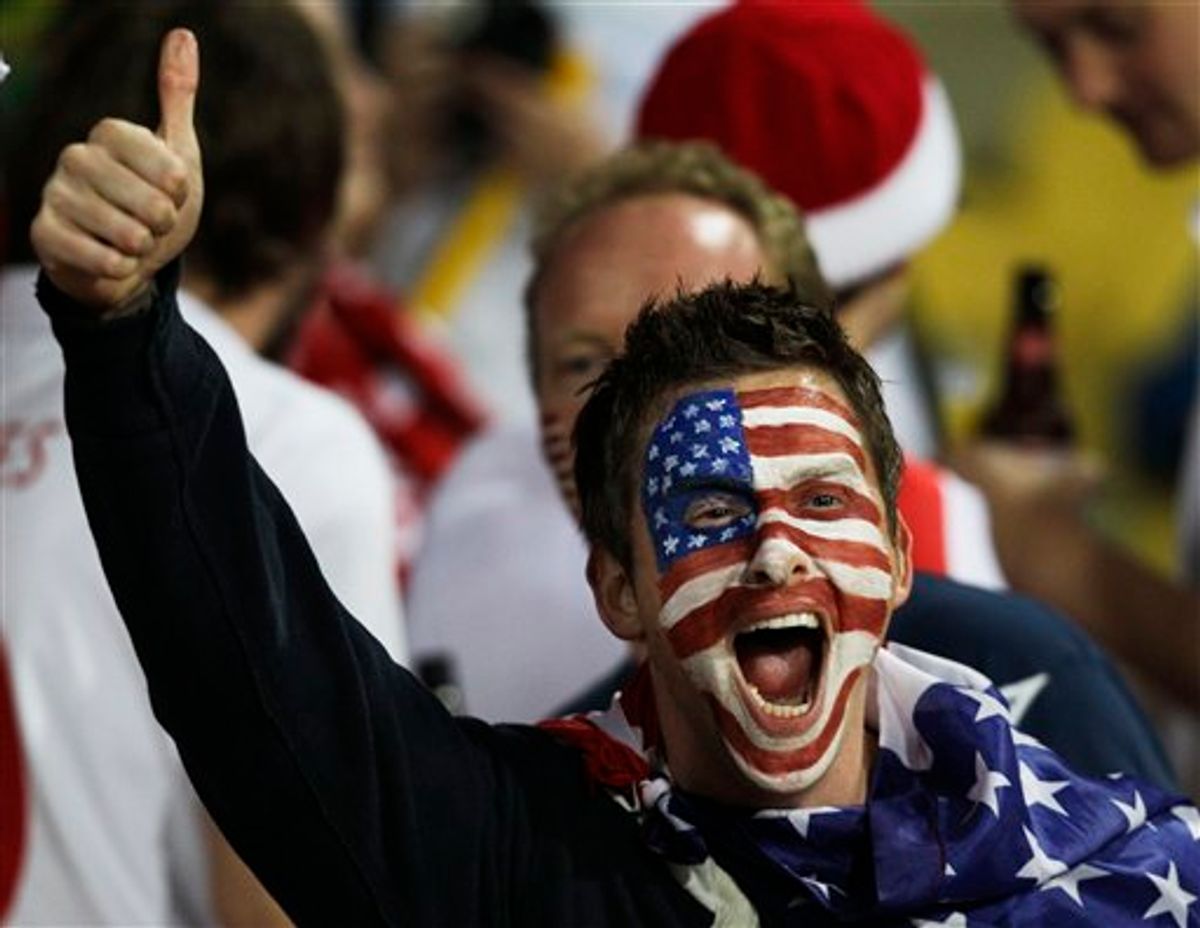 Americans bought more tickets to the World Cup than citizens of any other country, and American TV networks paid the most cash media broadcast rights, writes Scott Gulbransen, Senior Director of Global Public Relations for Sony Online Entertainment. (Thanks to IPEzone for the link.)

Whether this is a reflection of increasing diversity in the U.S., or simply a sign of Americans in general catching on to global excitement, are questions worth having a a good debate about while losing interest in watching Germany slaughter Australia. But Gulbrandsen launches off in a direction almost comically drenched in red, white, and blue. He takes issue with a quote from Michael Platini, a top executive of FIFA, who suggests very strongly that financial power does not equal influence.

"When it comes to decision-making in international football, the U.S., like Germany or China, has as much power as San Marino, Vanuatu or Belize."

Whether Platini admits it or not, the World Cup needs the US more than ever. With a global recession, Americans and their wallets -- including the large television networks -- throw more money at the tournament than everyone else combined. FIFA and the World Cup increasingly need American interest and money to keep the expensive show afloat. Yes, it might be the world's most popular sport, but America is its richest and most important benefactor.

For once, this non-soccer fan will be rooting for our US team to kick some arrogant international soccer booty. Even if that means I have to wake up at four in the morning to watch it.

So let me get this straight: A non-soccer fan wants the U.S. to kick "arrogant international soccer booty" because American dollars don't translate into the equivalent power to influence FIFA decision-making. So we can do what? Make sure that the games happen in U.S. prime time at the expense of the fans who are actually attending in person? Find a way to get Bud Lite advertisements interposed in the middle of the action?

It's hard for me to imagine a better way to get the entire rest of the world united in anti-American hatred. Nice work for a PR professional!

How The World Works World Cup