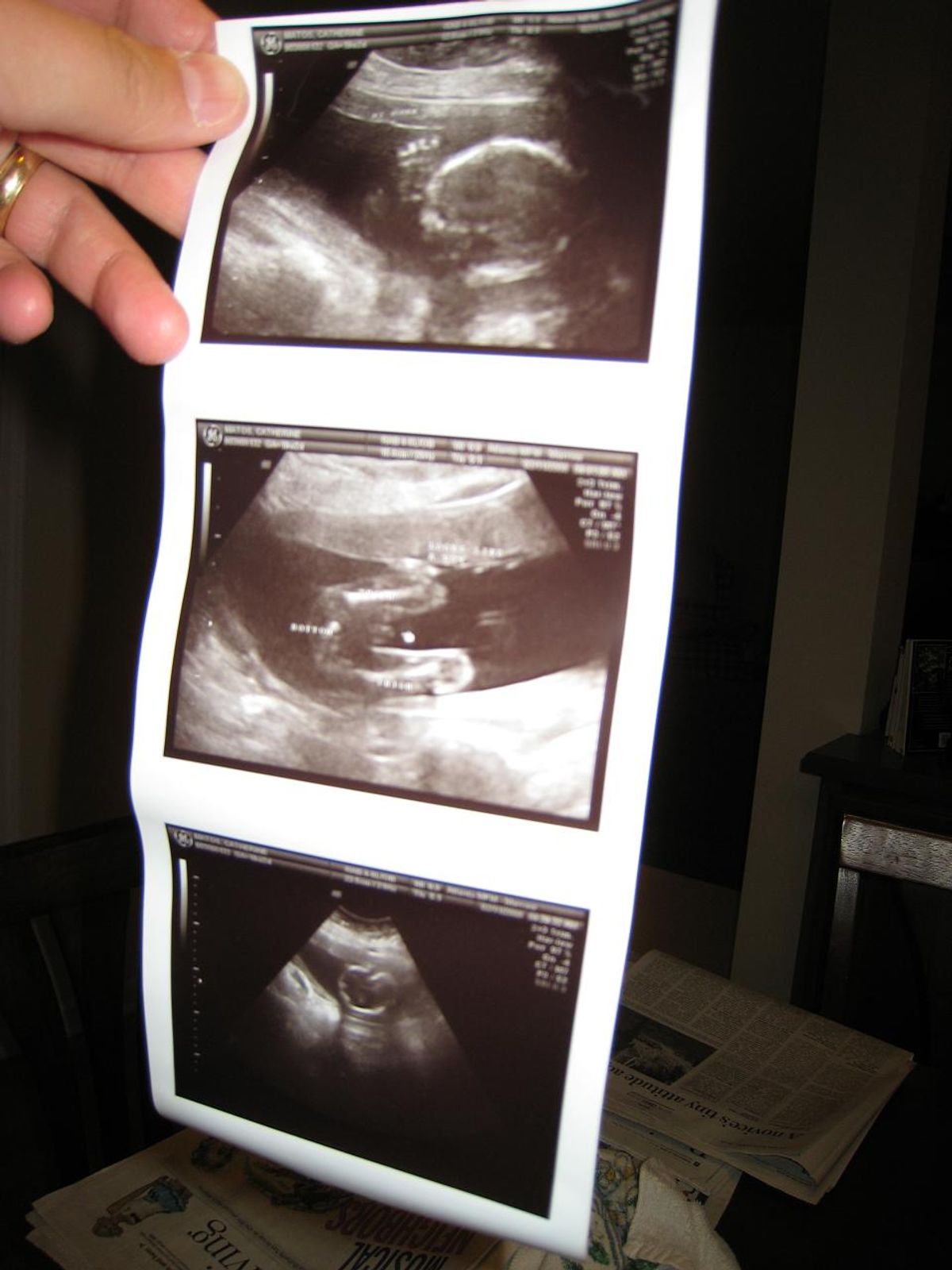 Today, state senators will review a bill that, if passed, will tighten Michigan's abortion restrictions. Under current law, Michigan's abortion providers are obliged to provide women the option of viewing an ultrasound before performing the procedure. This new bill will require those ultrasounds to be created using the best available equipment. Republican Sen. Wayne Kuipers said that he introduced the legislation because some abortion facilities have used outdated equipment that intentionally produced grainy ultrasound images to put before patients, according to the Associated Press.

Now, my home state of Michigan is facing a moment of deep transformation right now. It has the highest unemployment rate in the nation as it fights to evolve from an auto-centered economy to one that is home to green technology, the film industry, and entrepreneurs. While there is great hope and progress, there is also great pain -- people don’t have enough jobs, or food, or shelter. The state's foreclosure rate is among the nation's highest. Our state budget is drained. So much is happening that needs urgent attention and strong, thoughtful leadership. In such a context, introducing a bill that makes abortions yet more restrictive in Michigan seems like nothing more than political acrobatics. It is no surprise at all to note that Kuipers is now campaigning for election to the U.S. House of Representatives. If elected, he would represent District 2, just south of Rep. Bart Stupak's territory where state Democratic leaders backed an anti-choice candidate to succeed Stupak rather than Connie Saltonstall, who offered a pro-choice alternative.

This isn't the first anti-abortion bill authored by Kuipers, who is a member of Holland Area Right to Life. In 2002, his first year in the state Senate, Kuipers was behind legislation that requires abortion providers to offer care if there are signs of life in the infant. Particularly, clinics are obliged to call 911 or, if the provider is in a hospital, to call another doctor that will either preserve the infant’s life or, if that is impossible, to provide comfort care and burial procedures.

Michigan is hardly alone in negotiating ultrasounds as an extra step in the process of obtaining an abortion. Altogether, twenty states require or encourage a patient receiving an abortion to view an ultrasound before the procedure. According to The New York Times, there have been no studies done in the United States that measure the affect of sonograms during abortions, and few done internationally. There was one study done in British Columbia that found that 73 percent of patients (254 people) wanted to see their sonogram if they were offered the chance. But eighty-four percent of those who viewed it said it did not make the experience more difficult, and none changed her mind about receiving an abortion. The newspaper reports that ultrasounds can have an affect that the people behind the restrictive laws did not intend; because nearly all abortions are performed early in the pregnancy, the images can reassure women that their fetus or embryo does not have human features.

Does Kuipers think that using more advanced technology in Michigan's clinics will make an ultrasound image of an embryo look like a human infant? If so, he's the one that needs to be looking at these images, because he has a lot to learn.