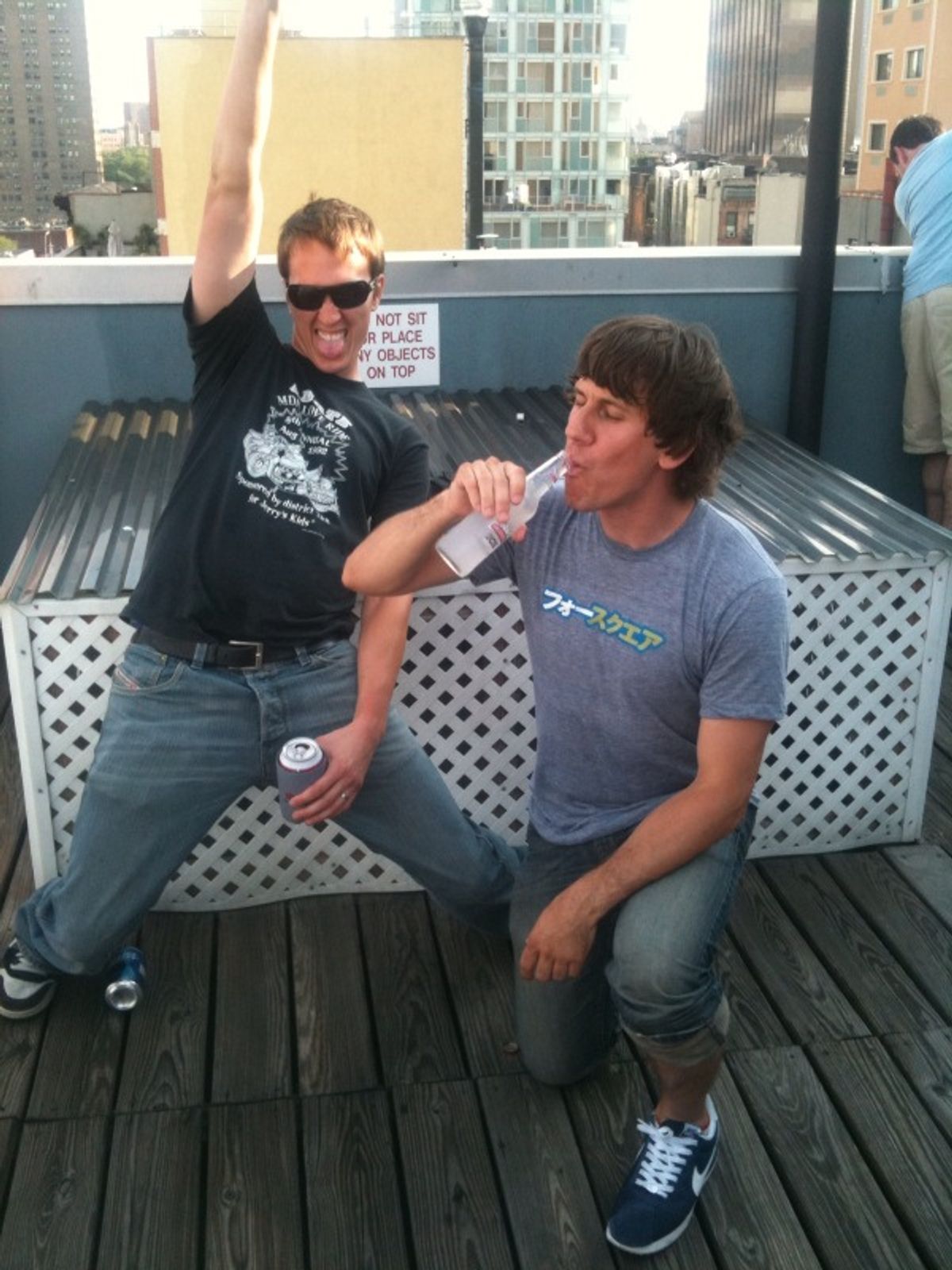 A new sport has emerged from that hothouse of juvenile drinking games known as the fraternity. It's called Bros Icing Bros, and it's slowly taking over the nation -- well, Facebook anyway. The rules are simple: Buy a few fruit-flavored Smirnoff Ices. Present one to a "bro" in an unexpected location (handing it to him at work, say, or hiding one in the mailbox). Laugh as the "iced" bro goes down on one knee and chugs the entire 24-ounce bottle.

The game's origins are shrouded in mystery – some say it started at fraternities in South Carolina, others say it all began at Saint Lawrence University. In two short months, though, the game has gone viral. Bros Icing Bros' Facebook page has more than 19,000 fans, it's been written about by major media outlets and has even spread to Wall Street, including firms like Goldman Sachs, Raymond James and D.E. Shaw.

What hasn't been remarked on in all that press, however, is the misogyny inherent in the game. Women aren't allowed to play. It's a strictly "bro" game. "No … anything with a vagina may not be included in icing," says one comment on the website brosicingbros.com. The game's premise -- the thing that is cracking up all those men with popped collars -- is the assumption that Smirnoff Ice is a "pussy" drink. "Thats the whole fucking point bro. No one wants to chug a fucking smirnoff ice because its for fags. It's like getting shamed. You have to chug a fag drink in front of all your bro's... ultimate humiliation. Any bro would want to chug a beer, but chugging a smirnoff ice is the ultimate slap in the face," says another commenter (reminding us that misogyny and homophobia are often bedfellows). Add to this the fact that a bro must go down on one knee while drinking an Ice, and the stage is set for an avalanche of sexist catcalls every time someone gets iced. "BOOM! YOU JUST GOT ICED TAKE A KNEE AND SUCK IT DOWN YOU DIRTY GIRL," says yet another comment.

Sure, some women have been iced. Others are mere accoutrements. "My friend has really big boobs ... we iced one of our other friends by putting the ice under her boobs and she walked out of the bathroom and put her boobs in his face," says an enthusiastic participant on brosicingbros.com. Some Ices get nestled between the breasts of strippers, whole bachelorette parties have been mobilized; surely there's a twin fantasy in there somewhere, etc.

Of course, college fraternities inventing a ridiculous game that smacks of misogyny is hardly surprising. But it's a shame to watch a generation of males latch on to it like the next beer pong. I guess bros will be bros.