Former members say they were interrogated, isolated and forced to perform manual labor until they gave in 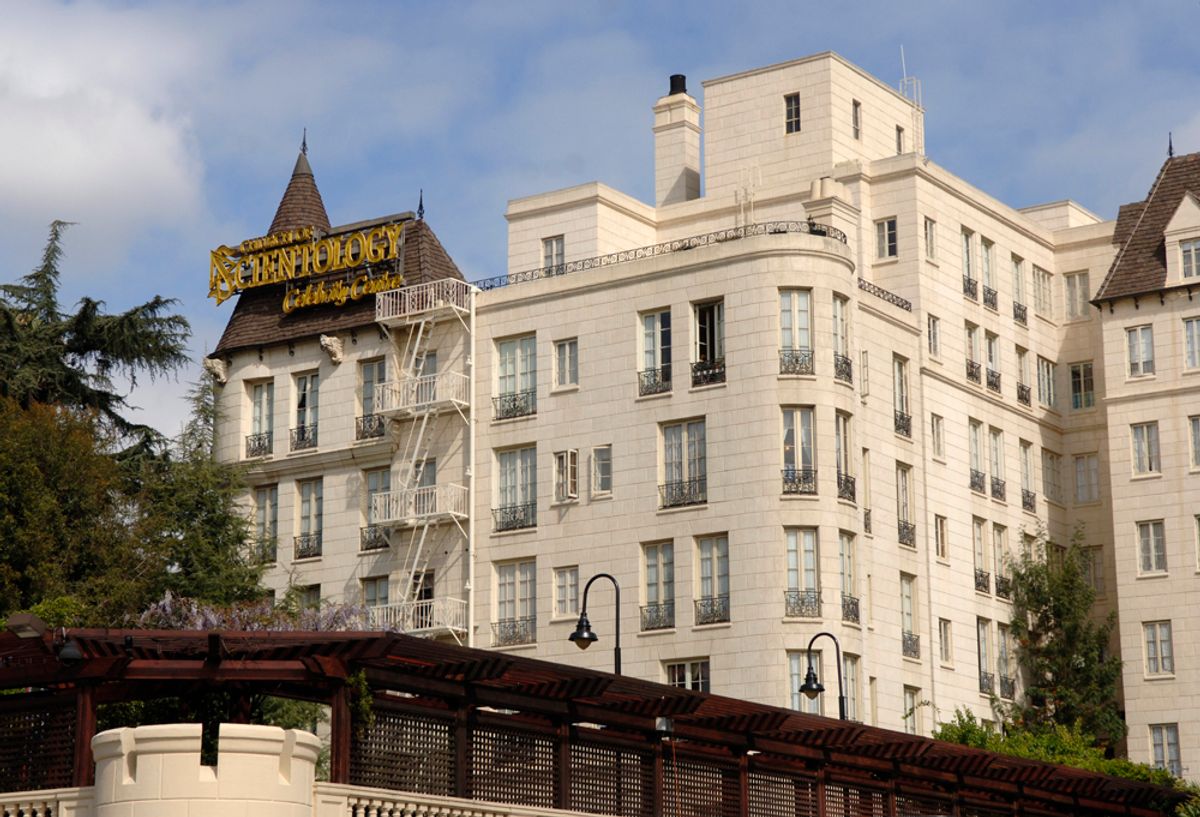 The Church of Scientology coerces women working for its central management organization into getting abortions, a disturbing new investigation from the St. Petersburg Times alleges. The two-part story profiles several former members of Scientology's highest religious order, Sea Org, who tell stories of intimidation, isolation and forced manual labor for pregnant women who decided to continue their pregnancies. Scientology has no official position on abortion, but if these alarming allegations are true, they place the organization firmly in the anti-choice camp.

The accounts in the story come from several women who became pregnant while they were Sea Org members during the 1990s. Sea Org provides its 6,000 members with housing, food and medical care, and in exchange they perform jobs ranging from cleaning to communications to "auditing,” or serving as spiritual counselors. Scientologists who join Sea Org sign billion-year contracts indicating their intention to serve the church throughout this and future lifetimes (commitment-phobes need not apply).

Laura Dieckman joined Sea Org at age 12. Her parents let her join and move to Los Angeles from Albuquerque, N.M., because the recruiter promised a free education. Once Dieckman got there, she alleges, she was put to work every day. There was no time for school. She married a fellow member a few years later, and in 1996 she became pregnant. She was 17.

Dieckman wanted the baby, but her husband was hesitant. According to a Sea Org policy enacted the year she became pregnant, members are not permitted to have children. If they do, they are transferred out of the organization and into community churches, where they must support themselves on a portion of the church's income and outside work. Dieckman turned to her boss -- but, even though she wanted to continue with her pregnancy, the woman pushed her to think about what would benefit the most people. She said that an abortion wasn't a big deal, and that not having a baby would serve the greater good. Dieckman's husband, who was afraid of leaving the organization and all that it provided, agreed. With no education or real work experience, no money, and potentially no husband, Dieckman began to feel like having a baby was not an option. A few days later, she had an abortion.

Gary Morehead, former security chief at the Scientology base near Los Angeles, says that special councils formulated strategies to convince women to abort. Manual labor, isolation and interrogation were used to break them down mentally. Sunny Pareira, a woman who sat on one of the councils, describes making arrangements for certain members to "handle" different pregnant women, beginning with casual conversation and gradually getting more aggressive.

Church spokesman Tommy Davis says that the no-children policy was created because babies were "viewed as interfering with the productivity of Sea Org members," and "the long and demanding working hours required of Sea Org members ... were obstacles to parents properly raising their children." He denied the Times' allegations and provided sworn accounts from 10 former and one current Sea Org member stating that the church was supportive and helpful during their pregnancies, but Dieckman and about a dozen other women say otherwise.

If these accounts are true, though, and women who had babies did face the loss of their jobs, housing, husbands and communication with family after suffering through manual labor and interrogations, it sounds like the church had a policy of coercion, not choice.

Below, watch interviews with some of the women featured in the story.