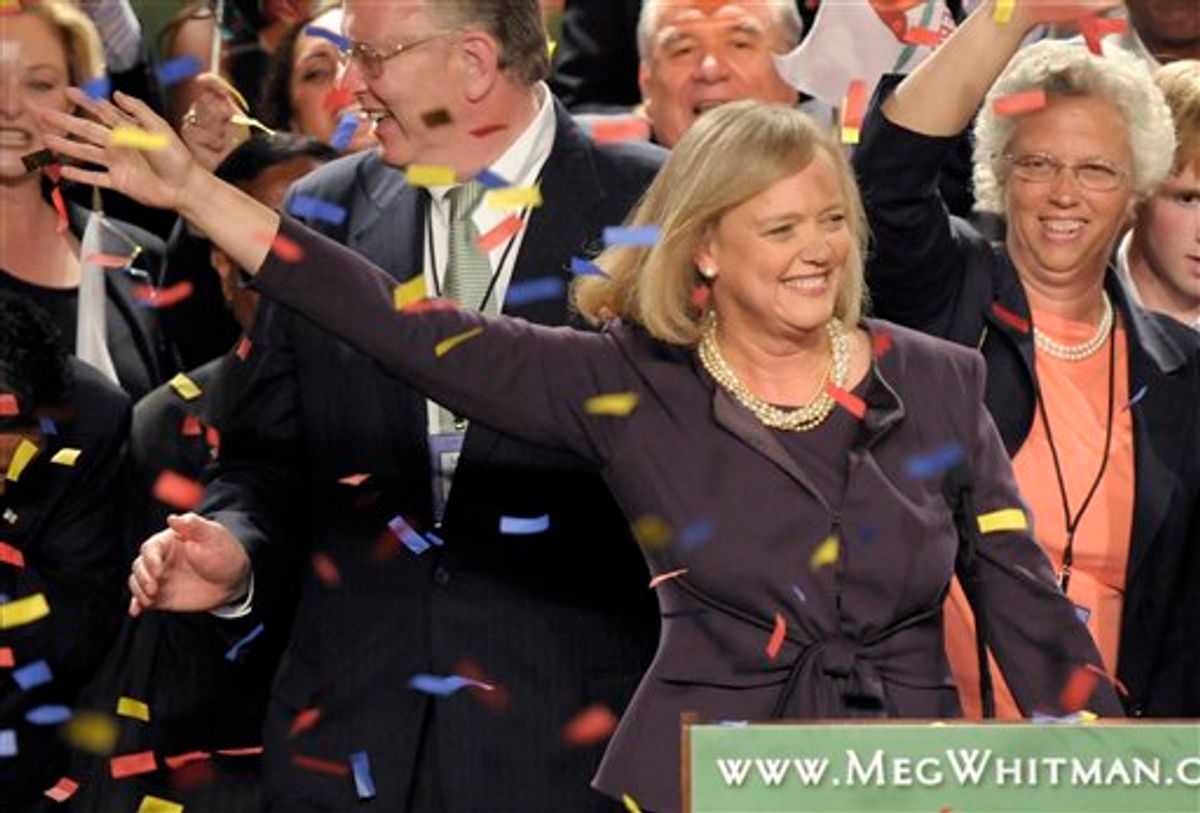 California gubernatorial candidate Meg Whitman had an altercation with an eBay employee when she was CEO of the company, The New York Times reported Monday, prompting Whitman's campaign to say such disputes are not uncommon in high-stress workplaces.

The two later overcame their differences, and the employee continues to work at the online auction site.

The Times posted a story to its website based on anonymous sources that said Whitman became angry and pushed the employee in an executive conference room at eBay's Silicon Valley headquarters. The employee, Young Mi Kim, was helping Whitman prepare for a media interview for which Whitman felt unprepared, according to the newspaper's account.

The story said Kim threatened to sue after the incident three years ago, but later agreed to a mediated settlement that remains private.

"Meg is a serious, results-focused boss. A verbal dispute in a high-pressure working environment isn't out of the ordinary," Whitman campaign spokeswoman Sarah Pompei said in a statement issued to The Associated Press. "Meg's record of accomplishment in business, including her success at leading eBay from a 30-employee startup to a Fortune 500 company, speaks for itself."

The report cited multiple former eBay employees the newspaper said had knowledge of the incident, although it also said that no one else witnessed it.

It said Kim was not injured, but left the company for about four months afterward. She eventually returned and is now a senior manager for corporate and executive communications.

In an e-mailed statement to the Times, Kim said she and Whitman had overcome their differences.

"Yes, we had an unfortunate incident, but we resolved it in a way that speaks well for her and for eBay," Kim told the newspaper. "And ultimately, I came back to the company, which is not something I had to do."

Whitman's experience leading eBay from a startup to a global power in online auctions is a central aspect of her campaign narrative.

She has contrasted her decades in the corporate world against the political career of her opponent, Democrat Jerry Brown, and says such real-world business experience is what's needed to turn around California's declining fiscal fortunes.