Cabernet Franc: A grape goes from workhorse to show pony

Usually grown just for blending, it's time to come around to this varietal's own charms 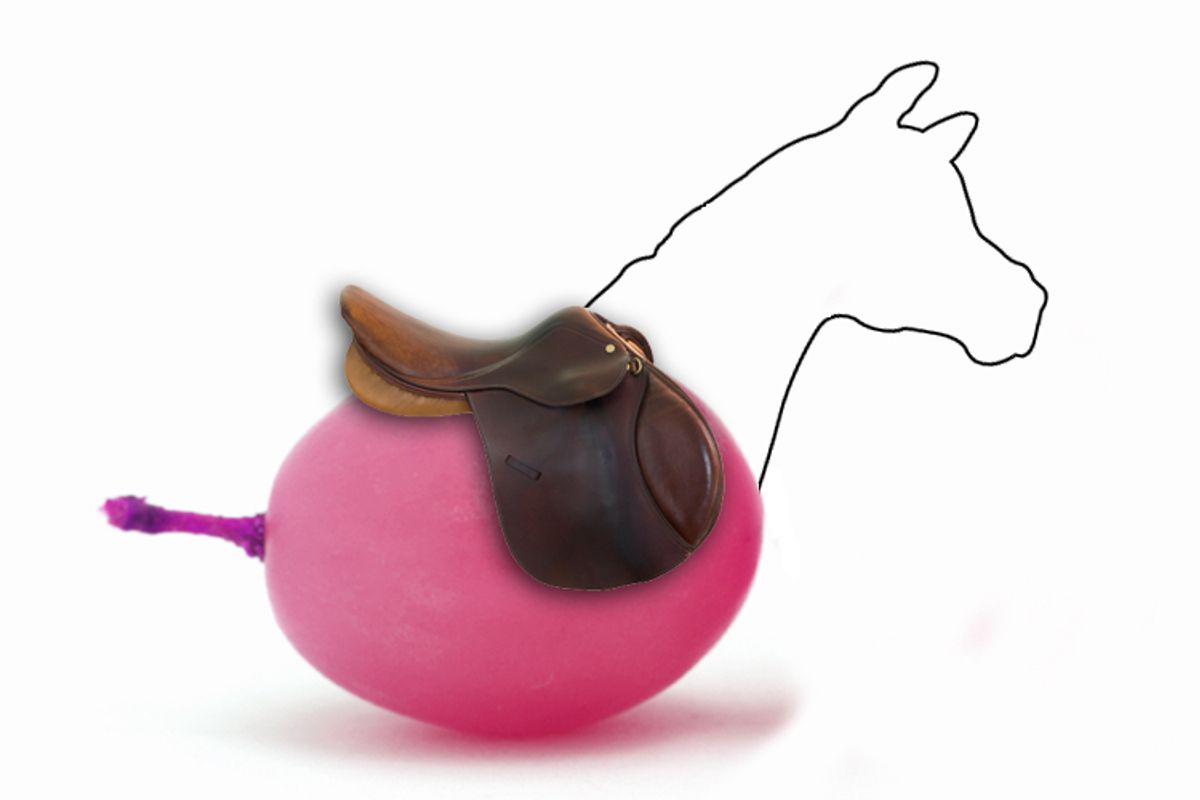 If Chardonnay is the vanilla of the commercial wine world, then Cabernet Sauvignon is its chocolate. These two grapes dominate both the marketplace and our collective palate. When you consider that most Merlot-based wines (with a few exceptional exceptions) taste, basically, like Cabernet Sauvignon on Prozac, the fact that nearly half of all wine sold in the United States is made from one these grapes tells us that our collective palate is quite specifically tuned.

Still, as Americans are becoming ever more wine-savvy, other varietals get to play -- Sauvignon Blanc and Riesling for whites, for instance, and Pinot Noir and Syrah / Shiraz for reds -- and the wine world lies in constant wait for the Next Big Grape. I'm a wine lover, not a psychic, but I wouldn't be shocked if Cabernet Franc emerges from the shadows to wear that title soon.

It's a grape that's hiding in plain sight. In much of the modern wine world, Cabernet Franc is considered a humble blender to augment wines that more prominently feature its relatives Cabernet Sauvignon and Merlot, but its charms as the featured grape in a wine -- balance between fruitiness and austerity, approachability and complexity -- are finding more and more adherents. As a blending grape, though, you may have sipped its nectar but never knew what you were tasting because the wine label did not mention the varietal. As is traditional (and, in many cases, the law) in France, the bottle probably instead boasted the name of a village in the Loire Valley or the proprietary name of a Bordeaux château.

In Bordeaux, judicious amounts of Cabernet Franc and Merlot (and sometimes others) are used to tweak the esteemed Cabernet Sauvignon-based wines of the "Left Bank" of Bordeaux, adding strawberry-like qualities. But realistically, in this region it is often easy to tell the difference between wines produced from Cabernet Sauvignon and those produced from Cabernet Franc. "Franc"-based wines have lower acidity, less pronounced tannins, lighter color extraction, and greener, more herbaceous aromatics. It rarely achieves the complexity that wines made from ripe Cabernet Sauvignon can achieve. In the best vintages of Bordeaux's Left Bank, Cabernet Franc is used in tiny amounts, and its character is --intentionally -- barely noticeable.

The "Right Bank" of Bordeaux is a different story, especially cool-climate St.-Emilion. Cabernet Sauvignon rarely ripens successfully in St.-Emilion, and so the wines rely on their lush, sexy Merlot coupled with a healthy dose of the angular, restrained structure of Cabernet Franc. (Here -- and the district called Pomerol -- is the home of those exceptional Merlots I alluded to earlier.) Most wines in St.-Emilion contain somewhat more Merlot than Franc, but quite a few wines use more Franc. The best example is one of the world's finest red wines, Château Cheval Blanc (the 2000 vintage, if you can find it, is currently selling for close to $2,000 per bottle). You can find fine St.-Emilion from a myriad of châteaux starting at under $20 per bottle, with quite a few under $35.

For the wine grower, the appeal of "Franc" is that it thrives in colder weather than Cabernet Sauvignon, and so in Bordeaux's cooler vintages, Cabernet Franc stands a better chance of fully ripening than its more highly-regarded but warmer-weather loving sibling. The smart Left Bank vignerons plant Franc as an insurance policy against cold weather, raising the percentage of the cool climate ripener whenever necessary.

No doubt Cabernet Franc has performed its blending duties well, but it has also established itself as an increasingly important varietal in both the old and new worlds. This workhorse, so capable of producing extraordinarily elegant red wines on its own, is poised to become the Seabiscuit of vitis vinifera. Imagine a young Cabernet Sauvignon, but without the arch tannins. Cabernet Franc is all about balance. The tannins are noticeable, which will help the wine to age, but the black fruit/berry flavors make a good Cabernet Franc accessible both when young and with some more age. Also, in a world where high alcohol is the order of the day in so many Cabernet Sauvignon and Merlot wines, Cabernet Franc achieves its balance of fruit, tannin, and refreshing acidity without becoming an oak and alcohol bomb.

France's Loire Valley, best known for its white wines, is home to wonderful-but-not-much-heralded Cabernet Franc-based wines. The three mid-Loire villages of Chinon, Bourgeuil, and Saumur-Champigny comprise the epicenter for these medium-bodied, luscious reds. In Chinon and Bourgeuil, the wines can be powerfully complex and age-worthy, and from Saumur-Champigny, the wine has a certain gaiety, full of raspberries and strawberries. Chinon, the traditional "house red" of Paris bistros and brasseries, is perhaps the easiest to find in the American market, but all three are worth seeking out. Prices should be around $18-$25. These Franc-based reds show the grape to great advantage, ramping up its acidity and fruit; Loire is considerably cooler than Bordeaux.

Over the last five or six years, California has begun to embrace Cabernet Franc as a varietal. Well-known producers, many of them in Napa, Sonoma, and Mendocino, who not long ago used Franc strictly as a blender with Cabernet Sauvignon and Merlot, have begun to produce varietal-labeled Cabernet Franc. Fine wines are produced by Pride Mountain, Rubicon Estate, Steele, Lang &Reed, Peju, Imagery, Geyser Peak, Conn Creek, Chappellet, and Alexander Valley Vineyards, among many others. Prices start in the mid teens and top out at about $50, with most wines selling in the $20-$28 range.

New York State is a helluva lot colder than most of California, and cool-climate Cabernet Franc shines in both the Finger Lakes region and on Long Island. Really impressive wines are produced by Konstantin Frank, Red Newt, Glenora, Standing Stone, Lucas, Anthony Road, Fox Run, and Knapp in the Finger Lakes, while Wölffer Estate, Schneider, Castello di Borghese, Paumanok, Palmer, and Macari are some of the better producers on Long Island. Also, in the Hudson Valley region, Millbrook almost always produces a very fine estate-bottled Cabernet Franc. Prices for the New York wines run from the low teens to about $40, with most wines under $20. These gems are certainly worth a search.

Sales of Cabernet Franc continue to grow, but mostly in niche markets and among red wine cognoscenti who have come to appreciate the wine over time. Cabernet Franc doesn’t grow everywhere and it’s not a wine for everyone, but it is wonderful when served with hearty red meat dishes, game, and aged cheeses. Planting of Cabernet Franc continues to rise, but slowly, as traditional wine regions in the Old World, taking "advantage" of global warming, are able to plant Cabernet Sauvignon, a more popular grape that needs more heat in the vineyard.

But there is more to life than vanilla and chocolate, so we often must challenge ourselves to explore the world, to make the discoveries that might just redefine the way we think and feel. Such exploration can become an exciting journey, a lifelong quest, and the same holds true in wine. And sometimes the most rewarding discoveries are the ones right under our noses.