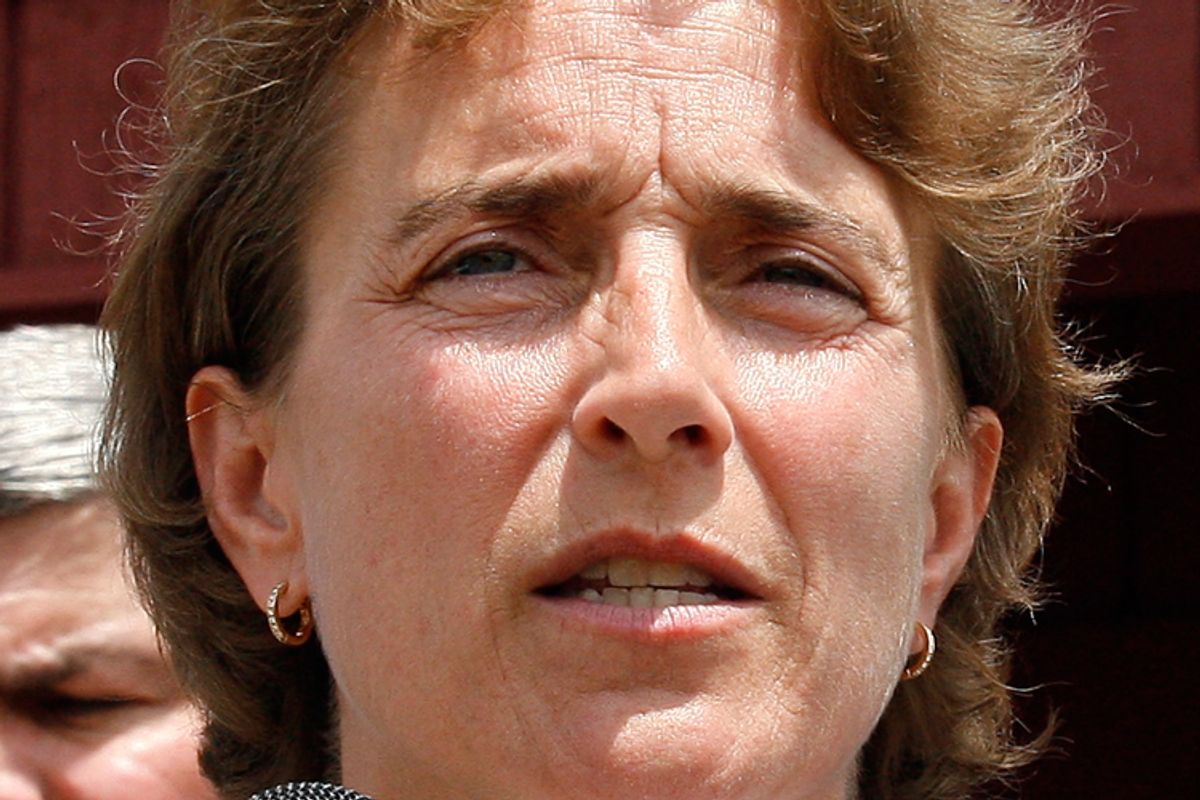 Whether Arkansas Sen. Blanche Lincoln can survive a challenge from GOP Rep. John Boozman in November, her primary win over Lt. Gov. Bill Halter has surely set off a slanging match among Democrats. The pecking party was touched off by a morning-after comment by an anonymous White House official.

"Organized labor just flushed $10 million of their members’ money down the toilet on a pointless exercise," the official told Politico. "If even half that total had been well-targeted and applied in key House races across this country, that could have made a real difference in November."

"We are not an arm of the White House or the DNC or a political party," an AFL-CIO spokesman huffed. "We work on issues. And if we feel like someone is standing up for working families, we support them, and if they don't, we won't.”

Citing Lincoln’s "extreme unpopularity in Arkansas," he argued that "most key progressive factions -- grass-roots organizations, progressive blogs, civil liberties groups, and unions -- would want to see Lincoln removed from the Senate." Polls, he insisted, showed Lincoln has "virtually no chance of winning in November," but that Halter did.

Presumably these would be the same polls that also showed Halter defeating the extremely unpopular Lincoln. Greenwald conceded that, "In an ideal world, we could have gotten behind a candidate who was really exciting ... But we don't live in that world, so Bill Halter is what we could get."

Elsewhere, my favorite Democratic blogger Digby reacted sharply to the anonymous White House critic: "Is the ghost of Richard Nixon working in this administration or what?"

Now that the dust and feathers have settled, here’s my view: If anybody’s acting like Republicans, it’s progressives determined to purge ideologically impure Democrats from Southern and Midwestern farm states whose views largely reflect their constituents' extremely mixed feelings about the party’s agenda. A more self-defeating strategy would be hard to imagine. Nobody’s questioning anybody’s rights, only their political judgment.

Why did the White House back Blanche Lincoln? Probably because while she opposed the "public option" in President Obama’s healthcare bill, when push came to shove, she gave him a politically courageous 60th Senate vote putting the bill over the top. Courageous because "Obamacare" remains widely misunderstood and wildly unpopular in a state where the president earned 39 percent of the vote in 2008.

With that vote, Lincoln put her career on the line. Obama would have been an ingrate had he not supported her during the primary. That’s probably also why Blanche's winning margin came almost entirely from Arkansas’ most reliably liberal precincts in Little Rock and Fayetteville. Women in particular appeared to think that they owed her too. Many Halter votes came from rural Democrats apt to lean Republican in November.

Simply and very broadly put, the race was viewed very differently inside than outside Arkansas. Pragmatism had a lot to do with it. For all the cultural conservatism of its largely rural and small town populace, the state hasn’t yet adopted Southern-style Republicanism. At present, Arkansas’ governor, both U.S. senators, and three of four congressmen are Democrats. Many would prefer keeping it that way.

I don’t believe I know a Democrat who hasn’t been put out with Sen. Lincoln over something or other. Her GOP-accented stance on estate taxes makes me crazy. But many also believed that nominating a candidate promoted by labor unions and left-wing advocacy groups like MoveOn.org would essentially concede the Senate seat to an Oklahoma-style, right-wing Republican who’d then prove extremely hard to dislodge.

Sen. Lincoln, President Obama can count on maybe 50 percent of the time; her Republican opponent, never.

Arkansas being Arkansas, personal issues also figured strongly in the result. As a retail politician, Blanche is seen as warm and charming, with a disarming smile. Halter’s neither; he’s widely mistrusted by most people in politics. Word got around. Even local pundits who favored Halter expressed personal reservations. He attracted no name-brand Arkansas endorsements.

Both camps' incessant and dishonest TV ads and robo-calls offended almost everybody. "With the clarity of hindsight," confided a colleague who strongly supported the challenger, "I see now that Halter's main theme -- he was not Blanche Lincoln -- might not have been sufficient for voters who possess more sophistication than pundits often grant them."

At the end, Blanche let Bill Clinton attack the "outside special interests" while she expressed down-home patriotism and her chairmanship of the Senate agriculture committee. She hopes for a replay come November.