More than 100,000 more still without power as massive clean-up begins 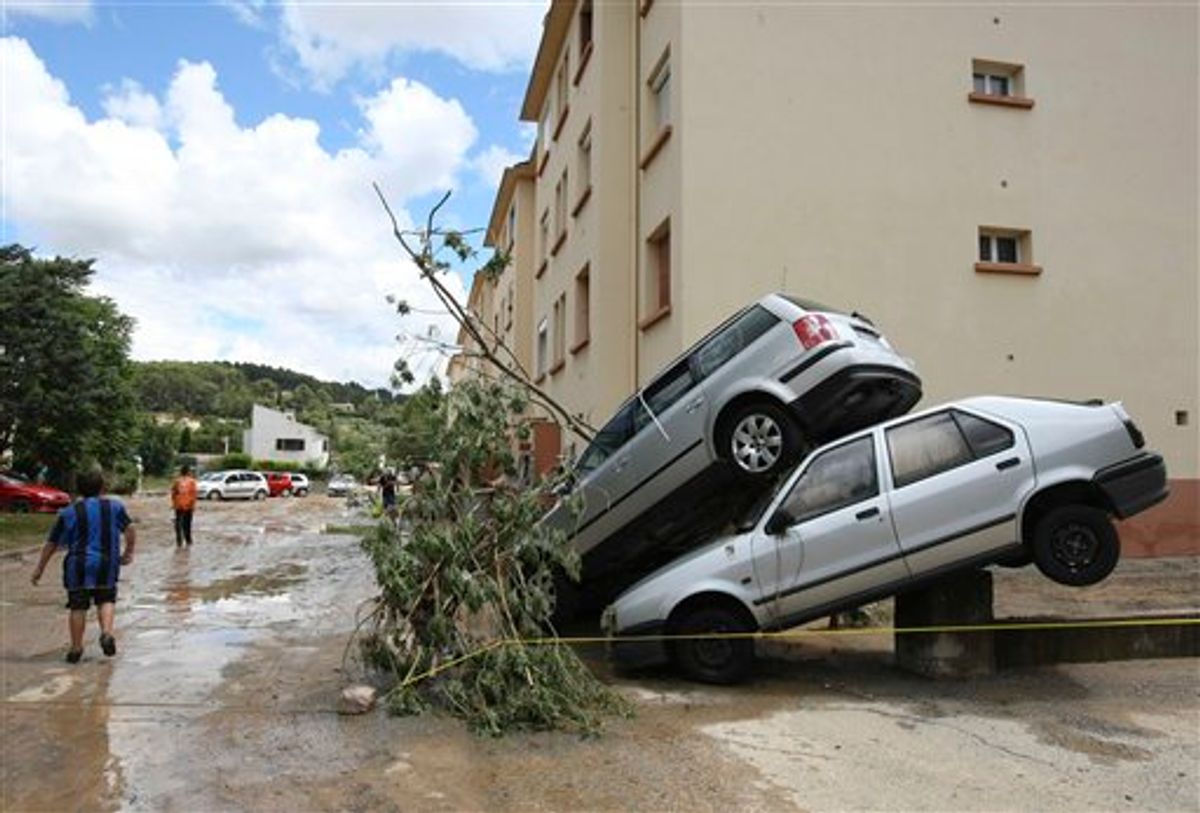 Residents walk past piled cars, in Trans en Provence, southern France, Wednesday, June 16, 2010 after floods. Regional authorities in southeastern France say more than a dozen people have been killed and many are missing in the aftermath of flash floods that followed powerful rainstorms. Unusually heavy rains recently in the Var region have transformed streets into muddy rivers that swept up trees, cars and other objects. (AP Photo/Claude Paris) (AP)
--

The death toll in flash floods in the hills above the French Riviera rose to 22 on Thursday as new thunderstorms threatened the picturesque region and cleanup efforts, officials said.

The rescue operations are finished and attention was turning Thursday to clean-up, the regional administration for the Var region said in a statement. The flooding that began Tuesday swept away trees and parts of houses in the hills behind a portion of the Riviera, and left cars stacked on top of each other in mud-clogged streets.

About a dozen people who had been reported missing Wednesday were accounted for Thursday, the administration said.

But the weather forecasting service Meteo France warned of thunderstorms Thursday that could bring new heavy rainfall or hail.

Efforts to restore electricity Thursday to the region failed, and more than 100,000 homes were still without power. Telephones and water service was also out in the town of Draguignan, the hardest-hit, as well as in neighboring towns. The Defense Ministry was helping bring drinking water to the region.

More than 1,400 people were evacuated by helicopter after the initial rains, including some people taken out of a flooded nursing home in Draguignan early Thursday, the regional administration said.

The administration of the Draguignan penitentiary center said 455 prisoners have been transferred to other jails in southern France, after waters rose to 3 meters (10 feet) inside the facility.

All schools in the Draguignan area were closed Thursday.