A new dining trend allows customers to decide their own menu prices. An economist explains why it's a bad idea 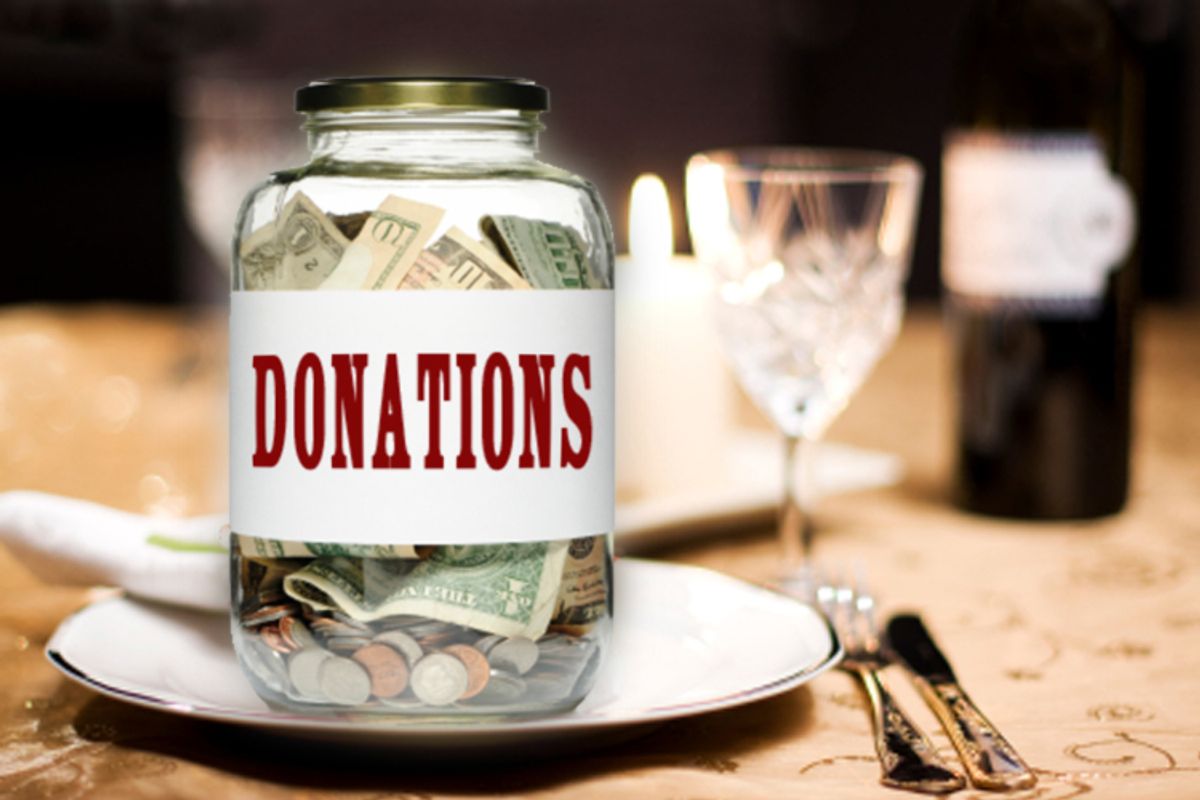 In the last few weeks, a radical pricing strategy has been making waves in the restaurant world: establishments that allow diners to decide themselves what they'd like to pay for their meal. In May, the fast-growing Panera Bread Co. restaurant chain launched a pay-what-you-want outlet, attracting media attention everywhere from the New York Times to the Wall Street Journal. (Customers could also choose to work volunteer hours in the restaurant in exchange for payment.) This week, Vancouver's more high-end  Rogue Kitchen and Wet Bar began offering "suggested prices" for its menu of mini-corn dogs, steak and sushi bombs -- joining the dozen or so other restaurants across North America that follow a similar model.

Of course, the pay-what-you-can model has been attempted with some success in other businesses, most notably three years ago, when Radiohead put its "In Rainbows" album online and allowed fans to choose its worth. The idea may make some sense in the current food culture, in which movements like organic eating and freeganism have gained remarkable traction, but it also puts a tremendous amount of faith in a restaurant's customers at the tail end of a recession. Seattle's Tera Bite coffee shop introduced the policy to great fanfare in 2007, but called it quits after two years.

To find out if the pay-what-you-can model could work for a restaurant, Salon spoke with Tyler Cowen, a professor of economics at George Mason University (and food writer), from Berlin, Germany.

Do you think this pay-what-you-can model could actually work for restaurants?

You can have a small number of restaurants that use it, but if every restaurant were like that, it would never work. It gets people talking. It's like Radiohead -- for the first group that does it, it's a good idea, but is it a good model for the industry? Not really. Imagine McDonald's at Times Square working on this principle. If you kept on going or eating they would discourage you from coming.

Do you think it could work on a small scale -- two or three restaurants in a city?

I'm not even sure it can in the long run. I'm not sure if these places will still be going in three years' time. Part of the problem is if you're a customer and what you pay is voluntary, you're under pressure to pay a lot of money. You do it once to prove to yourself and others how charitable you are, but how many people go back 17 times? I would find it a burden -- my reputation is on the line. What if I only pay $ 27 instead of $ 34? What does my date think? What does my wife think? You end up wanting to feel liberated and just paying a listed cash price. I think there's no way to solve that problem.

But Radiohead's experiment was fairly succesful. What's the difference between it and a restaurant?

With Radiohead, there's a focal price of about $10, which is pretty cheap. If you download an album and send in $10, you feel you've done your bit, and it's not a question of repeat business. You download the album once. Radiohead makes most of its income by touring, so even if they lose money on the album, but get more popular, they can just go on tour. A restaurant has no other way to get that money back. They count on the people to pay for their food.

Is there anything that these restaurants can do to encourage people to pay more?

Are some sectors of the economy better suited to this kind of pay-what-you-can model?

It depends on what you mean by giving things away for free. There's plenty of stuff that gets given away for free, like NPR. But once NPR's content is produced, it doesn't cost them extra to have additional listeners. With restaurants, if somebody eats another plate of veal, it costs them money. It'll keep this strategy limited. There may be some niche on a small level for these kinds of restaurants, but it's hard to imagine people saying that they've been to six of these restaurant and they're about to go to their seventh.

Why are these restaurants popping up now?

I'm actually not surprised you see them in down economic times. You let some people pay less that can't pay more -- it's part of the charm. But these days there's a restaurant for every possible cuisine, and so many marketing tricks. Restaurateurs are exploring every last possible idea. If you were opening a restaurant in 1957, you could do almost anything beyond steak and potatoes and be considered new, but if it's 2010 and you're across the street from the Malaysian place with roller skates, it makes some sense.