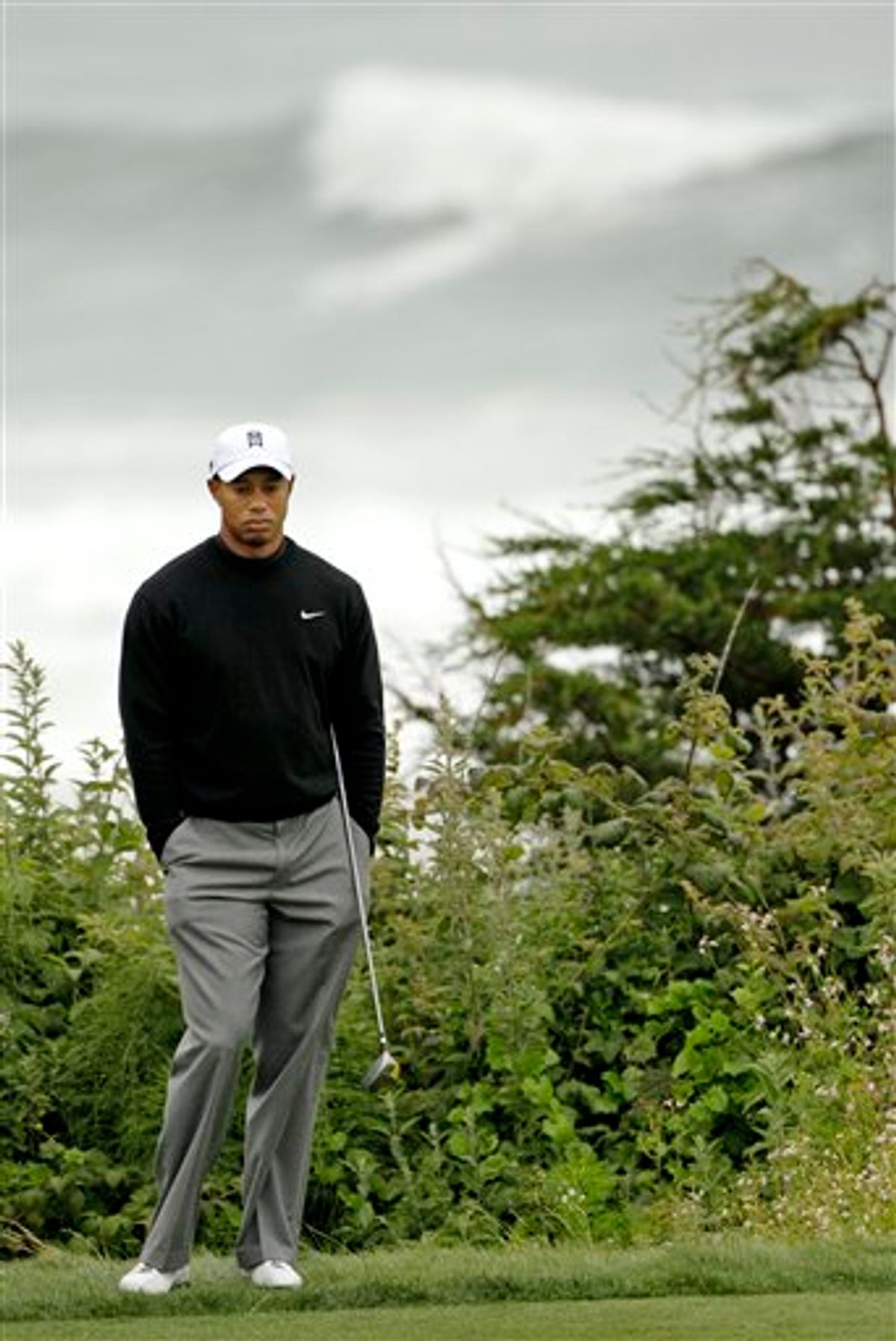 Tiger Woods waits to tee off on the 11th hole during a practice round for the U.S. Open golf tournament Tuesday, June 15, 2010, at the Pebble Beach Golf Links in Pebble Beach, Calif. (AP Photo/David J. Phillip) (AP)
--

This week she changed her story: She was 19, attending a Christian school program, they started a relationship, she got pregnant but didn’t tell him and voila, Austin T. (for Tiger) James was born. She knows it was Woods because he was the only African-American she dated around that time.

James’ mother is, apparently, not too happy with her daughter’s claims and called her a “pathological liar,” saying she knows who the real dad is. According to TMZ, evidence points to some "guy from Florida."