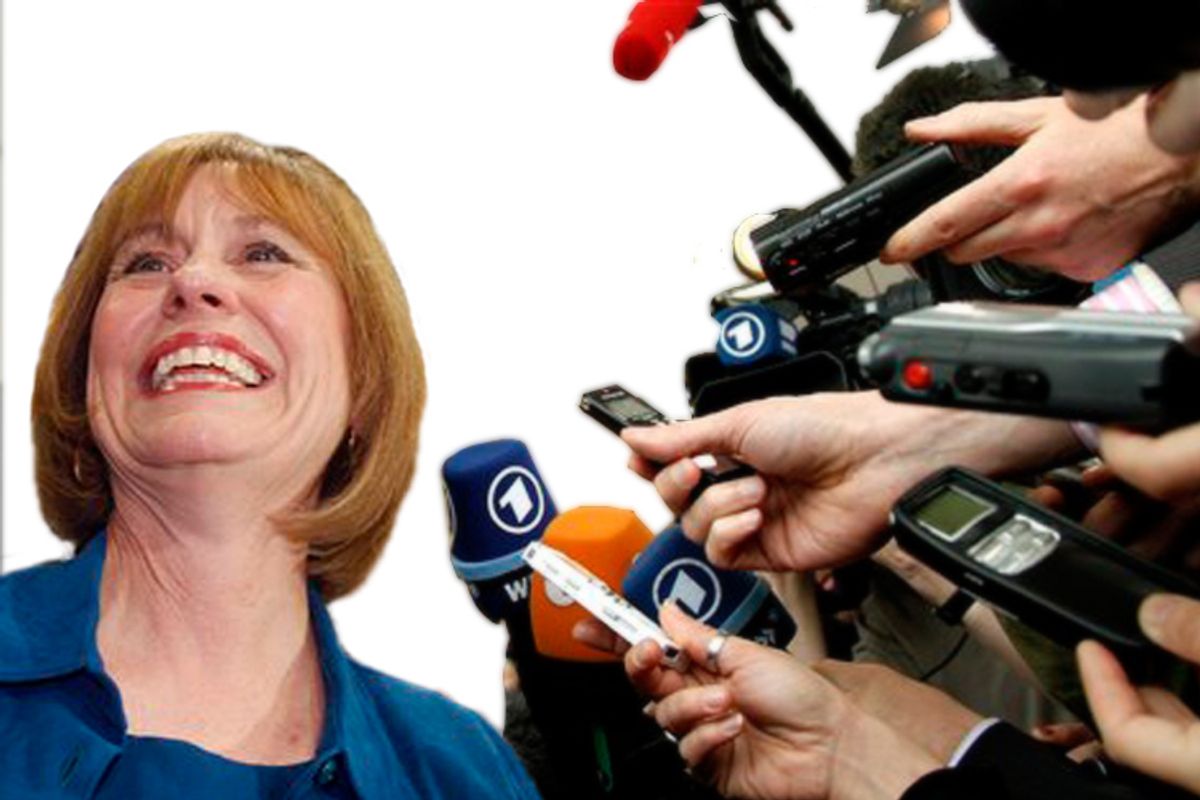 While she was in D.C., Nevada Senate candidate Sharron Angle successfully avoided the mainstream press. Once she got back home to Nevada, she was not so lucky. Local news reporter Nathan Baca cornered Angle and asked her totally unfair gotcha questions about her professed beliefs on important political issues.

Angle's clearly been trained to answer any question from a non-friendly source by blaming Harry Reid. In this case, the actual policy positions Angle has described on her own campaign website are terrible Reid lies.

After Angle refused to explain her stance on eliminating Social Security and the EPA and most of the rest of the government, her campaign apparently then called the reporter names.

A campaign spokesperson called Nathan Baca "an idiot" and another term that can't be repeated. The campaign spokesman did say he would detail Angle's positions, but he refused to answer on camera.

Since she won the nomination, Sharron Angle has sat down with Fox and Friends, had a chat with the National Review, and recorded an interview with Jason Mattera from Human Events. As this report shows, she also managed to fit in a 20-minute interview with a conservative talk radio host while dodging a real reporter's difficult questions about her policies and beliefs.

So Angle's both not ready for prime time and she's unwilling to explain the deeply held beliefs than endeared her to the activists who got her nominated in the first place. Another victory for the Tea Parties!