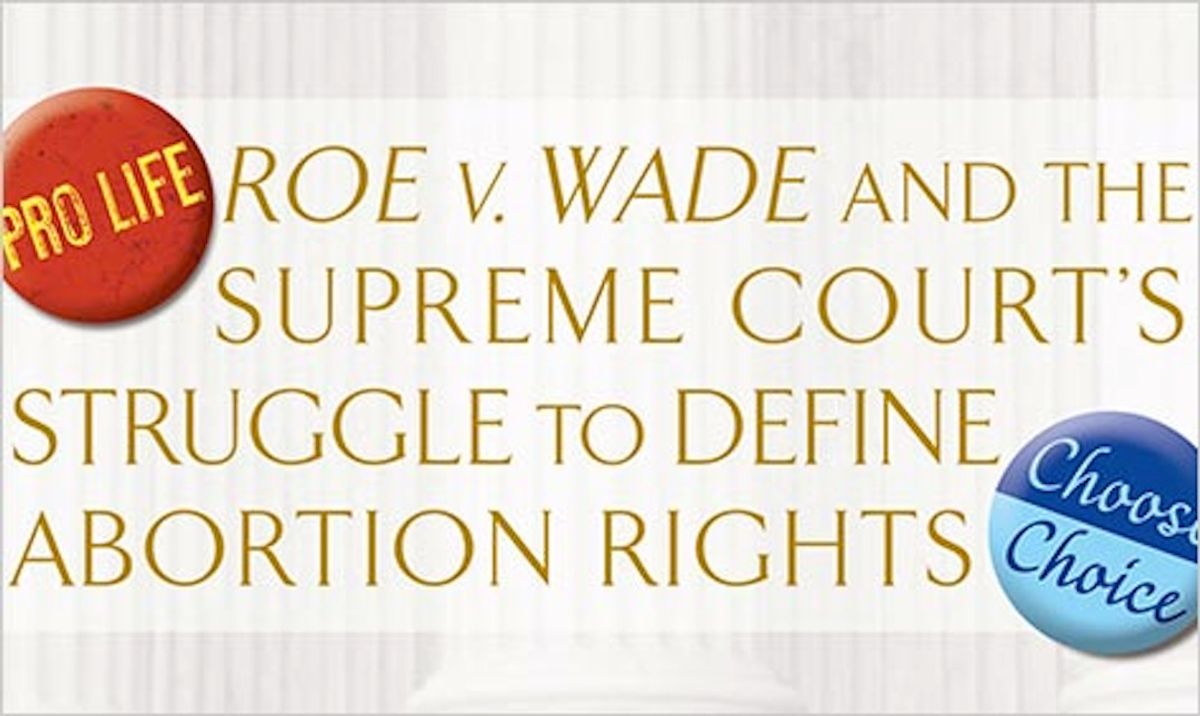 Abortion partisans tend to date the onset of war to 1973, when the Supreme Court held that a Texas statute banning most abortions was unconstitutional. "Before Roe v. Wade" reminds us that the national debate over abortion was not only under way in 1973, but voices were already growing hoarse. Editors Linda Greenhouse, a journalist, and Reva Siegel, a law professor, make this point in perhaps the only broadly palatable way, given the toxic subject matter: by presenting dozens of primary sources from both sides of the debate in the 1960s and early '70s. Church circulars, legal briefs, rousing speeches, and open letters fill this useful volume, which largely refrains from editorializing, although Greenhouse and Siegel do note that they are both pro-choice.

It is a measure of their even-handedness that both camps come across as fanatics. Pro-lifers use needlessly incendiary terms like "the mass slaughter of unborn children" and remind us, "It is easy for a woman rejected by a lover to then accuse him of raping her," which, it is urged, is no excuse for terminating the pregnancy. Meanwhile, tone-deaf pro-choicers argue that "under the Constitution, abortion may and should be considered no more nor less than back-up or last resort methods of birth control," and coin the term -- soon to be turned against them -- "abortion on demand." Both positions were, and are, unacceptable to the vast American middle. Yet most readers will of course take sides, so you'll pardon your reviewer for tipping his own hand by asking why, when lecturing young women about their sex lives, the men of the Roman Catholic church must always describe the fetus by using the male pronoun?

The most historically useful selections come early in the book and highlight the simple plight of the woman in trouble, who, unwed, risked becoming a social outcast if she carried the pregnancy to term, and death if she hired a cash abortionist. Equally striking is the defense brief in Roe itself, which offers a sober, emotionally neutral description of a fetus's development, week by week, that is bound to give pause to even the committed pro-choicer. On the political front, Greenhouse and Siegel mark the first use of abortion as a wedge issue in 1972, when the Nixon administration prompted a mass defection of Catholics from the Democratic Party through single-issue voting. Ever since, half the country has been unable to speak to the other half about the issue without spitting or throwing things.

The editors could have presented more material on the legal and constitutional issues surrounding Roe, which is a controversial decision among lawyers and jurists that raises questions quite apart from the merits of the pro-life/pro-choice debate. Abortion is not mentioned in the Constitution, nor is the underlying right to privacy -- a right that stems not from the specific guarantees of the Bill of Rights but from "penumbras" and "emanations" that surround those guarantees, giving them "life and substance." That at least is the eyebrow-raising explanation of Justice William Douglas in Griswold v. Connecticut (1965), a case that paved the way for Roe by banning states' restrictions on contraceptives. Whether it is analytically sound is fiercely disputed. Expect the Senate Judiciary Committee to ask Elena Kagan her opinion -- for, if abortion at the Supreme Court has a history, it unquestionably has a future, too.