Big government? In the Gulf, it's too small and too weak

Federal inspectors assigned to inspect oil platforms in the Gulf are poorly trained, over-stretched and powerless. 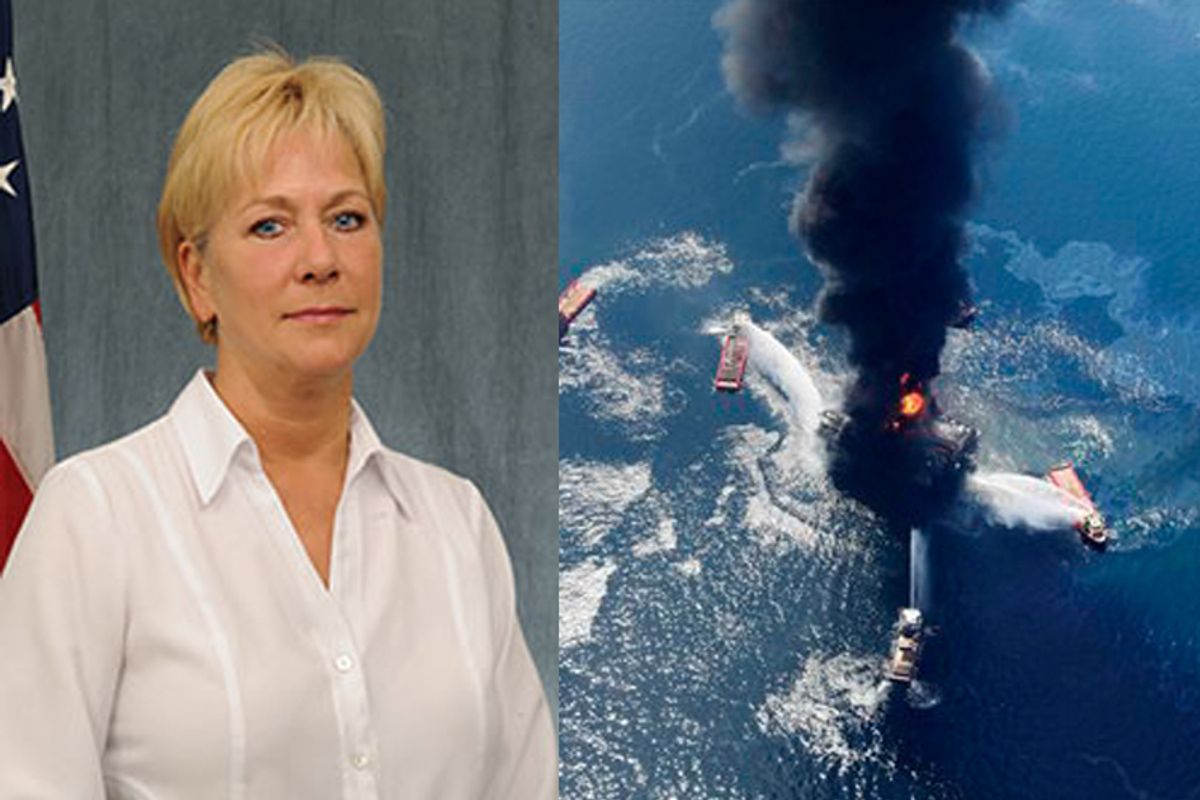 If there is any simple, succinct, somewhat contrarian lesson to be drawn from the Deepwater Horizon disaster, it is this: The federal government is neither too big nor too intrusive but is in fact shockingly meek and weak -- at least when dealing with giant corporations whose operations can imperil the entire planet. That was essentially the message delivered yesterday by Interior Department Inspector General Mary Kendall, whose congressional testimony was overshadowed by the Tony Hayward show on Capitol Hill.

Kendall told Congress that the U.S. Minerals Management Service, the regulatory agency that oversees petroleum and mining development on federal property, is pathetically understaffed and poorly trained. Its regulations are out of date and it is unable to collect even the most basic data needed for its statutory mission:

The IG also said that the MMS relies too heavily on oil companies "to document and accurately report on operations, production and royalties." Kendall said she's launched an investigation of those practices in the wake of the explosion of the Deepwater Horizon well and the subsequent spill.

Kendall criticized the MMS for having only five paragraphs in its regulations on how to investigate such an incident. She said the MMS investigation of the Deepwater Horizon spill is required to follow Coast Guard regulations, which are "completely backwards".

"MMS inspectors, at least in the Gulf of Mexico region, operate relatively independently, with little direction as to what must be inspected, or how," Kendall said.

Not only are the MMS inspectors often unable or unwilling to adequately regulate the drilling operators but there are far too few of them and their training is sorely lacking:

Additionally, Kendall said that the MMS training program, developed between 1984 is "out of date," resulting in employees conducting faulty inspections.

Students of government have long accepted as a rule of thumb that hiring additional well-trained auditors to oversee major government programs such as Medicare or Medicaid always results in savings that amount to many multiples of the cost in salaries and overhead. (The more general argument for a muscular government is very capably and entertainingly articulated by Jeff Madrick in his excellent book "The Case for Big Government.") A similar principle plainly applies to  oil platform inspectors, because perhaps if there were more of them, better trained, with real regulatory clout, we not only would suffer less pollution and earn more royalties every day -- but this time we could have saved $100 billion or so in economic damages, along with the Louisiana wetlands and the Gulf of Mexico too.