What would right-wingers say if Osama bin Laden got killed? 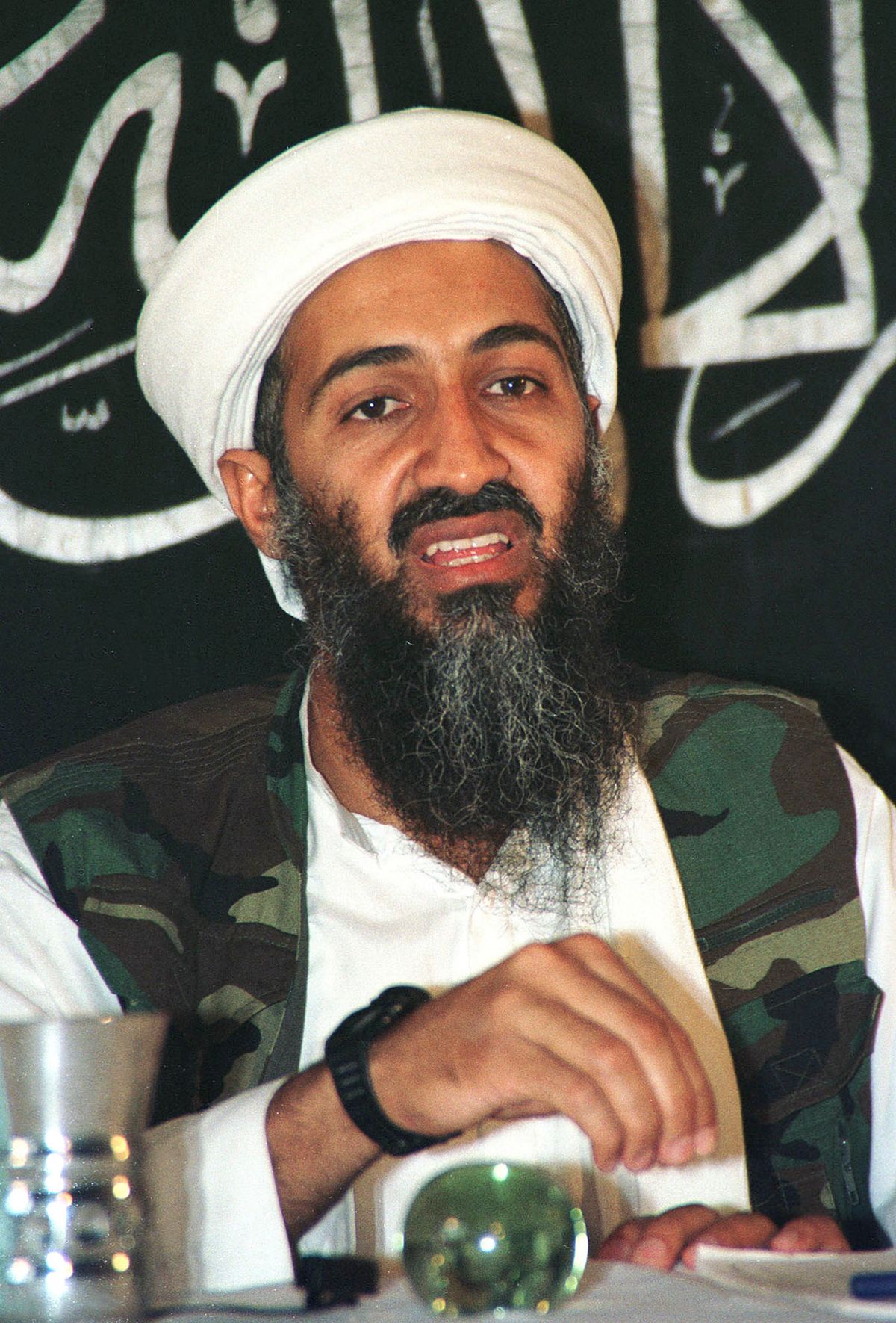 Saudi-born militant Osama bin Laden talks at a news conference in Afghanistan in this May 26, 1998 file photo. Bin Laden accused Washington of plotting to take control of Iraq's oil and urged Iraqis to reject efforts to rebuild a U.S.-backed national unity government there, in an audio recording posted on the Internet on Saturday. REUTERS/Stringer/Files (AFGHANISTAN) (Â© Stringer Afghanistan / Reuters)
--

What would torture apologists and Cheneyites such as Marc Theissen and Andy McCarthy say if Barack Obama actually managed to capture or kill Osama bin Laden, after the Bush administration failed to do so for eight years? That's a tough one!  I think it's the context, however, of what Adam Serwer calls "stupid" ideas that McCarthy spouts in an interview excerpted by Conor Friedersdorf.

I mean, think about it. What would they say if bin Laden is killed on Obama's watch?  I can think of a few lines of attack...

1.  The credit should go to Bush: it was information obtained from torture during the Bush administration that allowed the new team to benefit, even as they dismantled the methods that worked so well. Problem: first of all, it's highly unlikely that there will be any evidence for the connection; second, the longer into the new administration, the less plausible this attack will be.

2.  Bin Laden doesn't matter, and al-Qaida is still winning.  This one has the disadvantage of being far too responsible.  It's only a half step away from the fully responsible step of praising the president for the good and attacking him for the bad.

3.  The Thiessen thesis: killing them is much worse than capturing them.  McCarthy endorses this brand of lunacy, but recognizes it's small potatoes, and not really useful if the big cheese himself is killed.

4.  Really, what else?  I couldn't have thought of anything.

These days, the vibrant debate in Islamist circles -- the circles Obama has courted assiduously -- is over whether al-Qaeda has outlived its usefulness, at least when it comes to attacking our homeland. Many Islamist thinkers believe the Islamist movement is making such progress marching through our institutions (and Europe's) that terrorist attacks at this point are a tactical blunder. They cause a blowback effect that retards the progress of what Robert Spencer aptly calls the "stealth jihad."

Don't get me wrong: The Islamists are still supportive of terrorist aims, and they still applaud al-Qaeda's attacks on American troops operating in Muslim countries. (We don't seem to get this, but even if we think we are doing humanitarian service, Islamist ideology construes sharia to condemn as acts of war attempts to plant Western ideas and institutions in Islamic countries, and to call for violent jihad in response.) But the Brotherhood and the Saudis will sing no sad songs if the U.S. kills bin Laden or crushes al-Qaeda. In Muslim countries, they'll use it as propaganda against us; in the West, they'll pretend that they always condemned terrorism (they do that now -- even as they urge the destruction of Israel and attacks against American troops). So Obama knows the Islamists he wants to engage have decided al-Qaeda is expendable. He won’t lose any ground with them by smashing al-Qaeda.

This isn't stupid; it's genius. McCarthy's plan is foolproof; it covers not only a lucky shot that hits bin Laden, but a complete victory over al-Qaeda. All part of Barack Obama's treasonous treachery. Notice, by the way, that it's only a "vibrant debate in Islamist circles." Nice touch; if by some chance Obama curtails the drone strikes, or is in any way defeated by bin Laden, then that will presumably prove that the "vibrant debate" was decided in favor of al-Qaeda, and Obama acted accordingly.

Granted, as policy, it's insane. But as a creative effort to invent a story of liberal Democratic malfeasance that can be spoon-fed to those who want such things, it's a pretty amazing accomplishment.